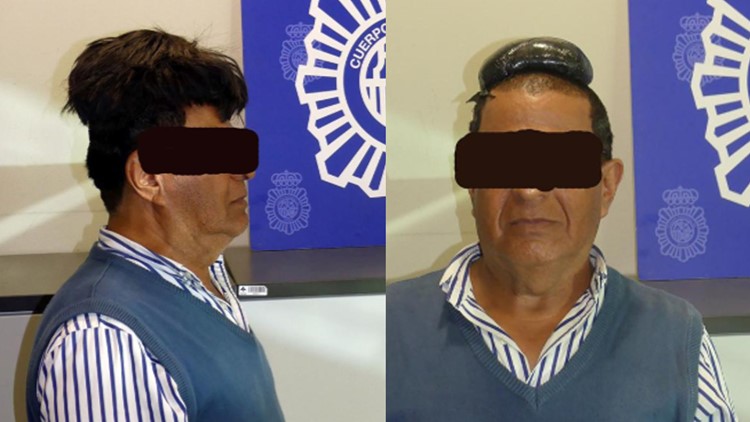 Photo by: Spanish National Police
Man with drugs under his toupee

Airport police find $34,000 worth of cocaine under man's wig

An unusually large hairpiece led authorities to a drug bust at an airport in Spain, authorities say.

The Spanish National Police told Reuters that the passenger had just arrived in Barcelona on a flight from Colombia. Officers noticed he appeared nervous and he had a toupee with a large lump under his hat.

When the wig was removed, police say they found a package stuck to the man’s head with about $34,000 worth of cocaine.

Police did not release the man’s identity.

“There is no limit to the inventiveness of drug traffickers trying to mock controls,” said the police statement.

The arrest occurred in June, but police first released photos of the arrest on Tuesday.