Aerial images showed a roller coaster with people on it stuck at the top of a dip. 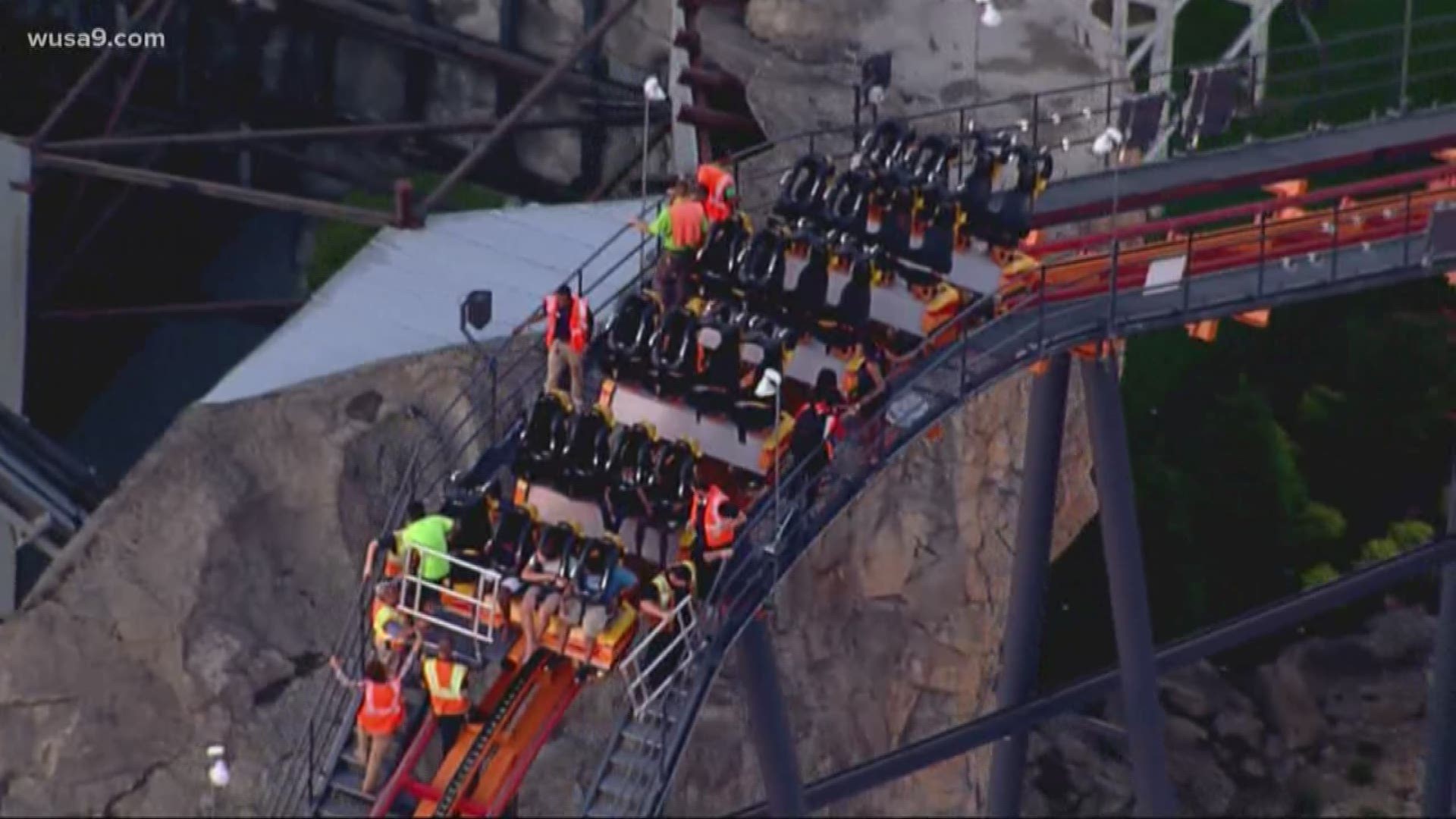 UPPER MARLBORO, Md. — A roller coaster got stuck at the top of a dip at a Six Flags in Maryland on Thursday night.

Aerial footage from about 8 p.m. showed people seated on the Firebird ride at the top of a dip. Workers walked to them on the catwalk, then eventually helped everyone out of their seats and to safety.

Six Flags officials confirmed all guests were safely escorted from the ride. 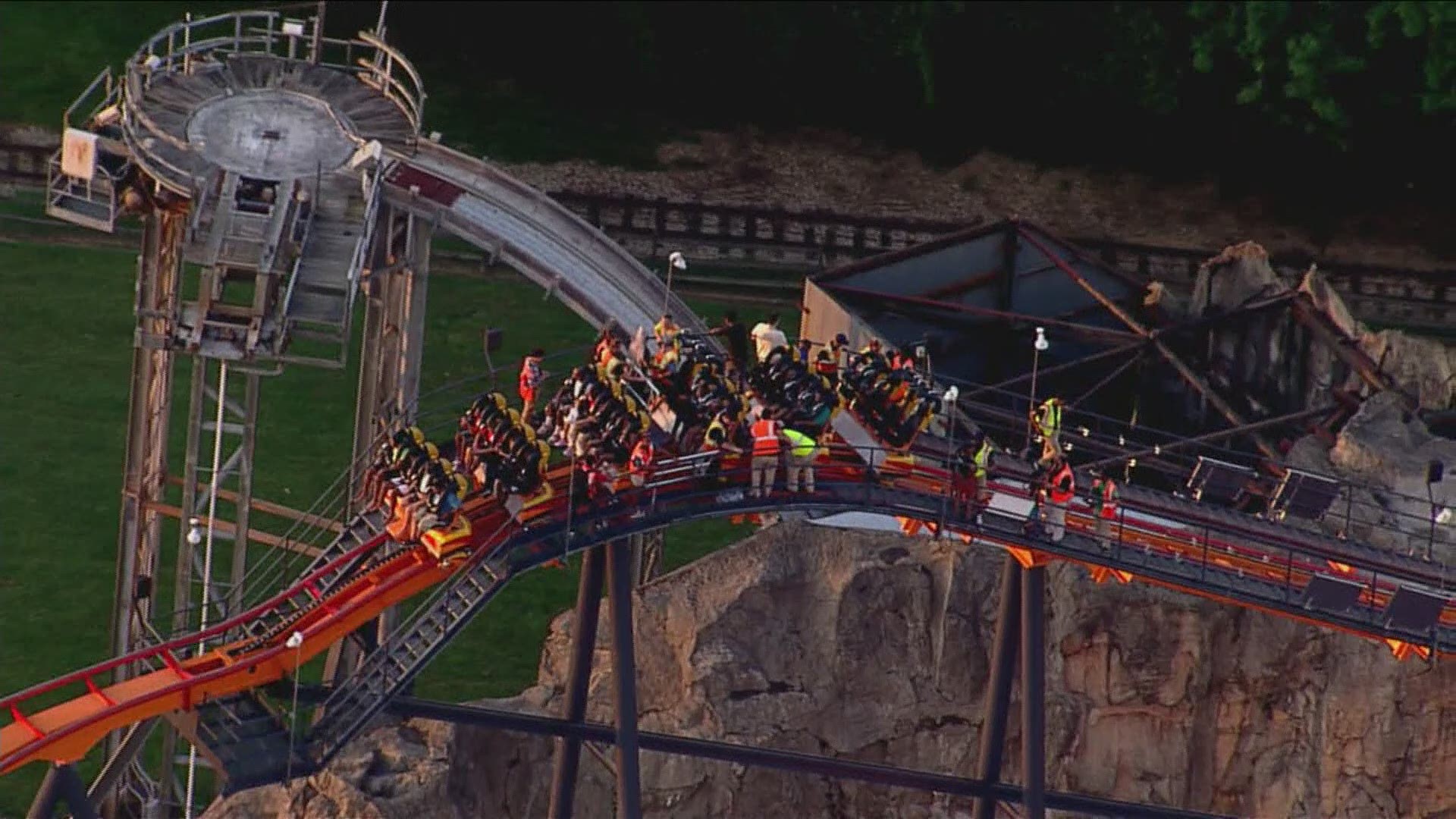 "The safety of our guests is our highest priority and the ride will remain closed for a full inspection by our certified ride technicians," Denis Stokes, the communications manager for the Upper Marlboro Six Flags, said in a statement.

Six Flags officials said the ride came to a "controlled stop" at the top of the lift hill at about 6:15 p.m.

Emergency responders in Prince George's County said they responded to the scene, but were only there for nine minutes as everyone was already to safety.

This story has been updated.