Ed Pepping was born on the Fourth of July 96 years ago. 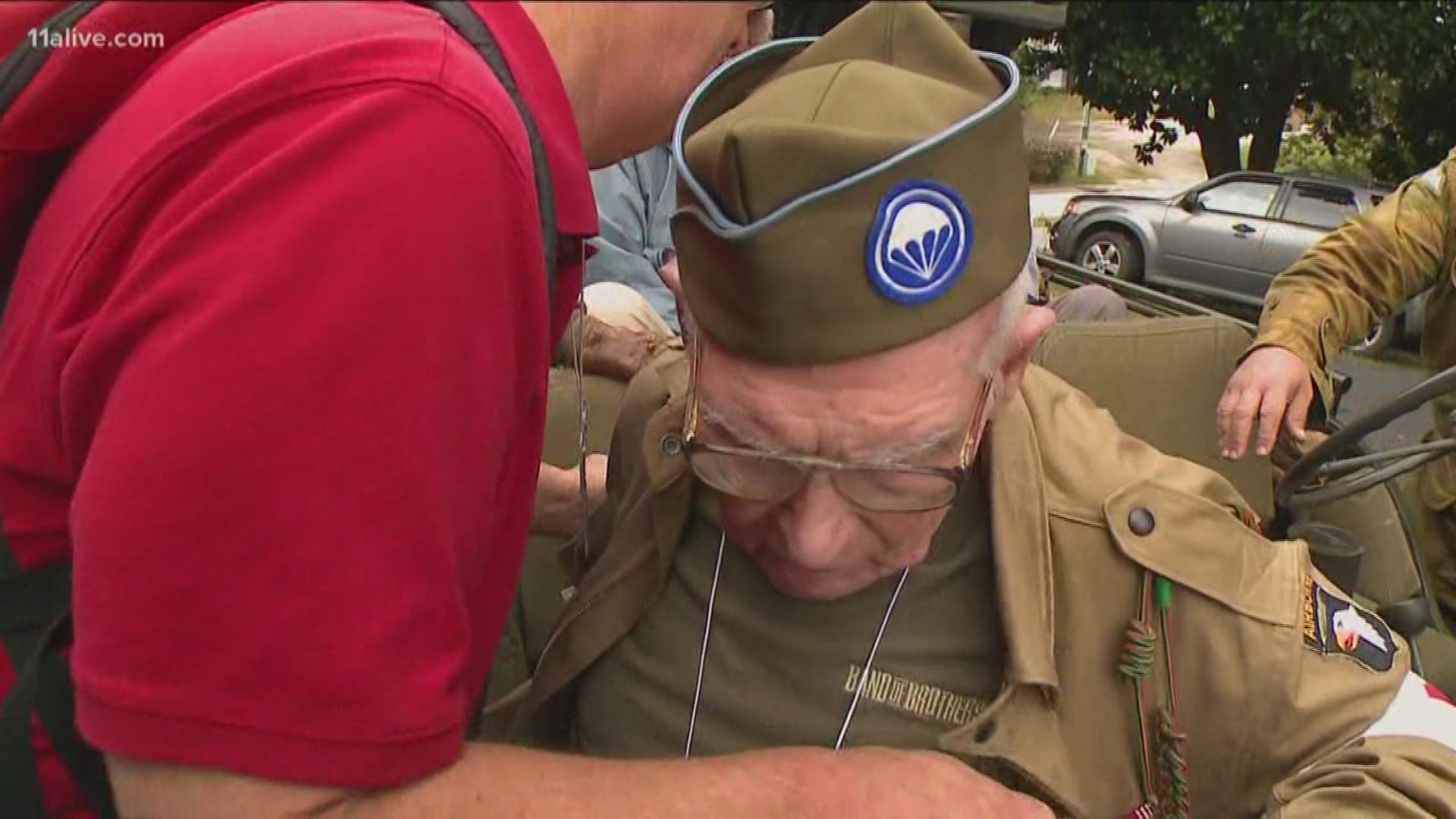 Ed Pepping was born on the Fourth of July 96 years ago. He trained to be a paratrooper in Toccoa, Georgia and served as an Army medic in Normandy on D-Day. He was known as one of the Band of the Brothers.

This past week, he passed away.

Pepping lived in California in his later years, but he became a mainstay at Toccoa’s annual Currahee Military Festival. He teamed up with fellow World War II medic Al Mampre, who became friends back in the 1940s and, after reuniting late in life, became great friends.

“Seriously,” he said to 11Alive’s Matt Pearl, “I’ve never met anybody in my whole life that means as much as this guy.”

We profiled Al and Ed last year for Untold Atlanta. At the time, Ed wasn’t sure he could physically make such trips to Toccoa much longer. He physically struggled with the flights and travel.

According to friends and family, Pepping died in his sleep. His memorial service will be held in his home state of California.

In line with his work as a medic, and in one last gesture of service, Pepping's family has requested that any donations in Doc's name go to the Paralyzed Veterans of America.

We’re always looking for powerful untold stories about our region. Send yours to Untold Atlanta reporter Matt Pearl at mpearl@11alive.com.