Houston County is rich in tradition when it comes to high school football state championships, but the Houston High Indians blazed the trail before desegregation 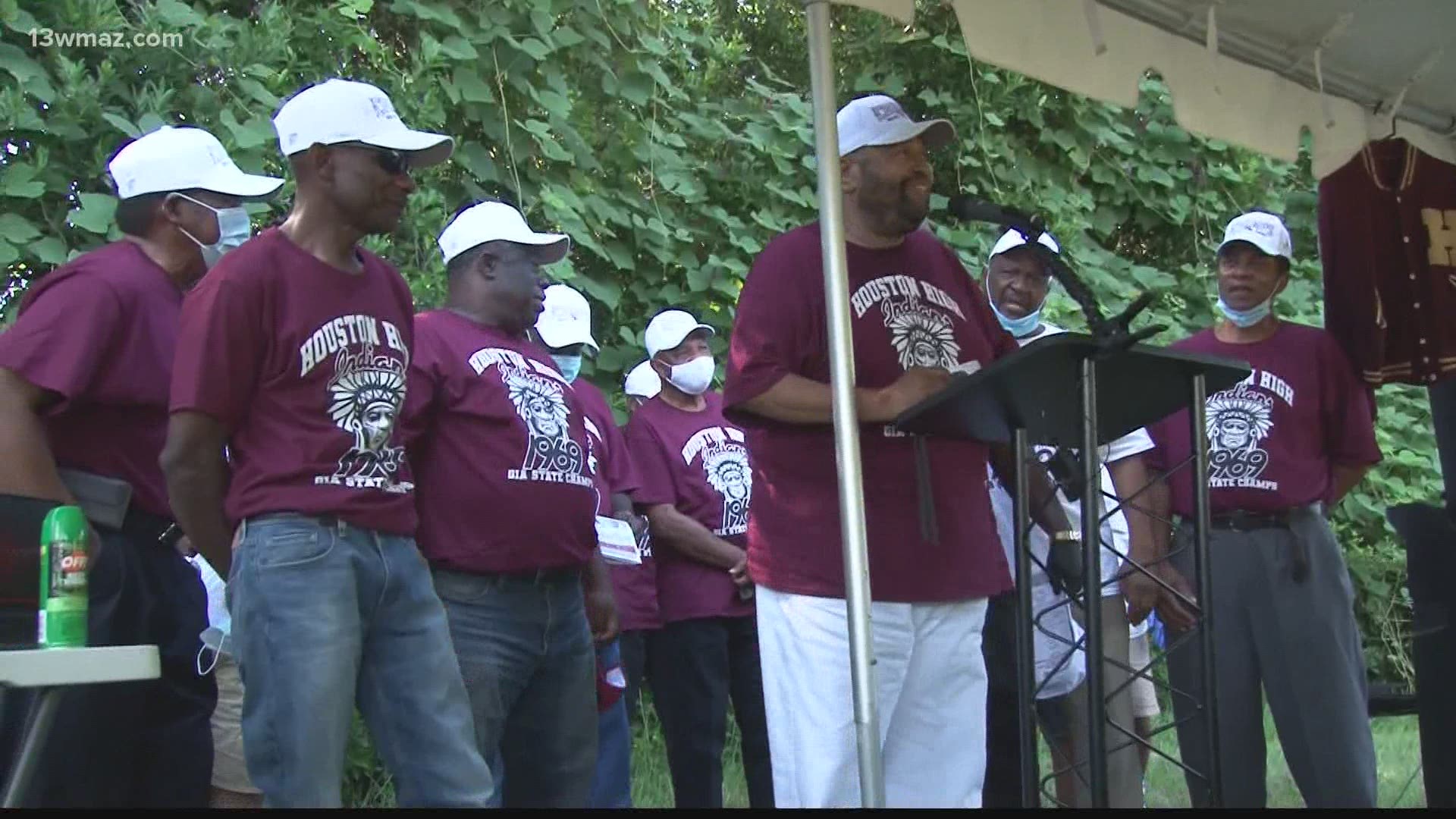 WARNER ROBINS, Ga. — Houston County is rich in tradition when it comes to high school football state championships. The Warner Robins Demons proudly boast 4 titles from the gridiron, and Northside also adds a trio of trophies to the mix, but there’s one winner seldom mentioned with this group. The 1969 Houston High Indians blazed the the trail before desegregation 51 years ago.

It was a long time coming for a group of teammates who considered themselves not only friends but family. 51 years ago on these same grounds on which they are now celebrating, the Indians, led by coaches Ed Dyson and the late Elijah Weatherspoon, celebrated a state title for the all-black Houston High Training School during the last year of segregation.

“It came to pass and I’m so happy. I’ve cried all morning because this is a special day,” says former player Lawrence Clarington.

His teammate Leon Porter agrees, “It was a great time for some good old country guys. We had fun. We talked a lot, we argued a lot, but bottom line, when it came down to it, we did what we had to do.“

Since that December day in 1969, there hasn’t been much fanfare for these state champs. In fact, when the school closed, players say the many of the trophies and history was thrown away, so a few of the remaining players suggested it was time for them to get rings.

“Some guys got jackets,“ says Porter. “We all got plaques, but the rings are an opportunity to show the accomplishments we did on this particular field.”

Clarington adds, “It took a long time in 50 years for us to get it back then, but I think God had a plan for this team.”

This anniversary brought out city and county leaders to help honor the trailblazers, which Clarington says has been long overdue.

“It has more meaning today than it would have had in the past years,“ says Clarington. “It brought the mayor out, the superintendent out and the Perry High School football coach out, so it's a meaningful day for not only us, but all of Houston County.”

One by one, every teammate lost in memory was recognized while rings were passed out to those survivors, making more memories for the future from a past that can no longer be ignored.