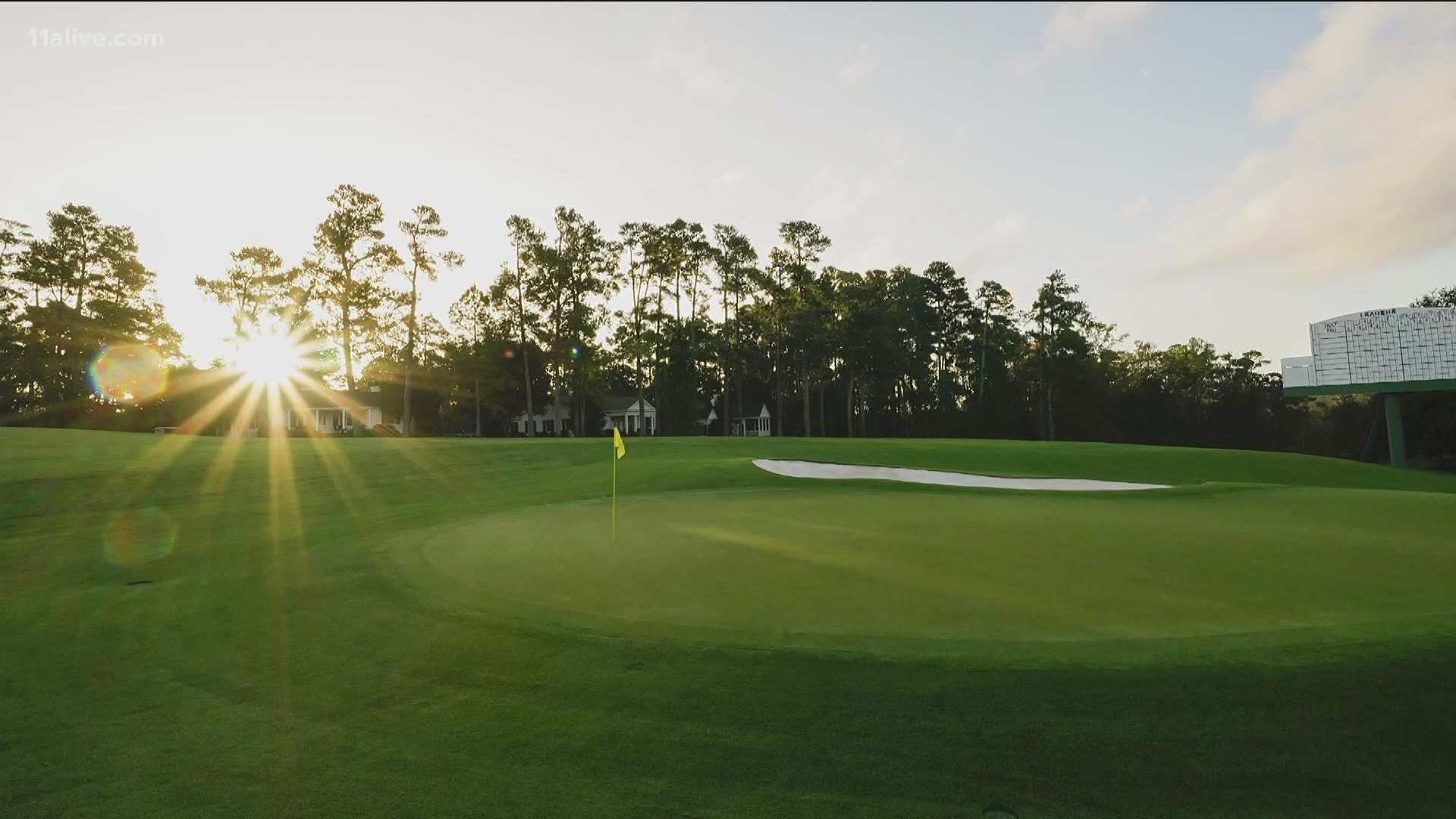 AUGUSTA, Ga. — “Getting to play here as an amateur is super special,” says Andy Ogletree.

The former Georgia Tech golfer and US Amateur Champion made his Masters debut as an amateur on Thursday, alongside none other than Tiger Woods.

It would've been hard for him to imagine a year ago.

“I was actually here practicing on the same dates, the same weekend as we are playing this year last year. Super ironic and I would have never thought I would be playing the Masters a year from then,” he said.

Being a Yellow Jacket holds its own lore at the Masters, with the co-founder Bobby Jones being a Georgia Tech guy.

“I think just the reverence and the members the way they will treat him, this will create as much comfort as you can ever get playing in your first Masters,” said Georgia Tech golf head coach Bruce Heppler.

A tradition unlike any other includes the tradition of having the US Amateur Champion paired with the reigning Masters Champion, which put him in Tiger Woods' group.

RELATED: Watch this incredible hole-in-one from Jon Rahm at a Masters practice round

So how do you ease the nerves of pairing with Tiger during your first Masters?

Home cooking of course! His parents and his grandmother made the trip to Augusta to watch this monumental moment in Andy’s life and make things feel a little more like home.

In a year where patrons will not be walking the grounds, having his parents there is a blessing.