Warren won four of five meets so far this year and is outpacing her second place competition by one minute on average. 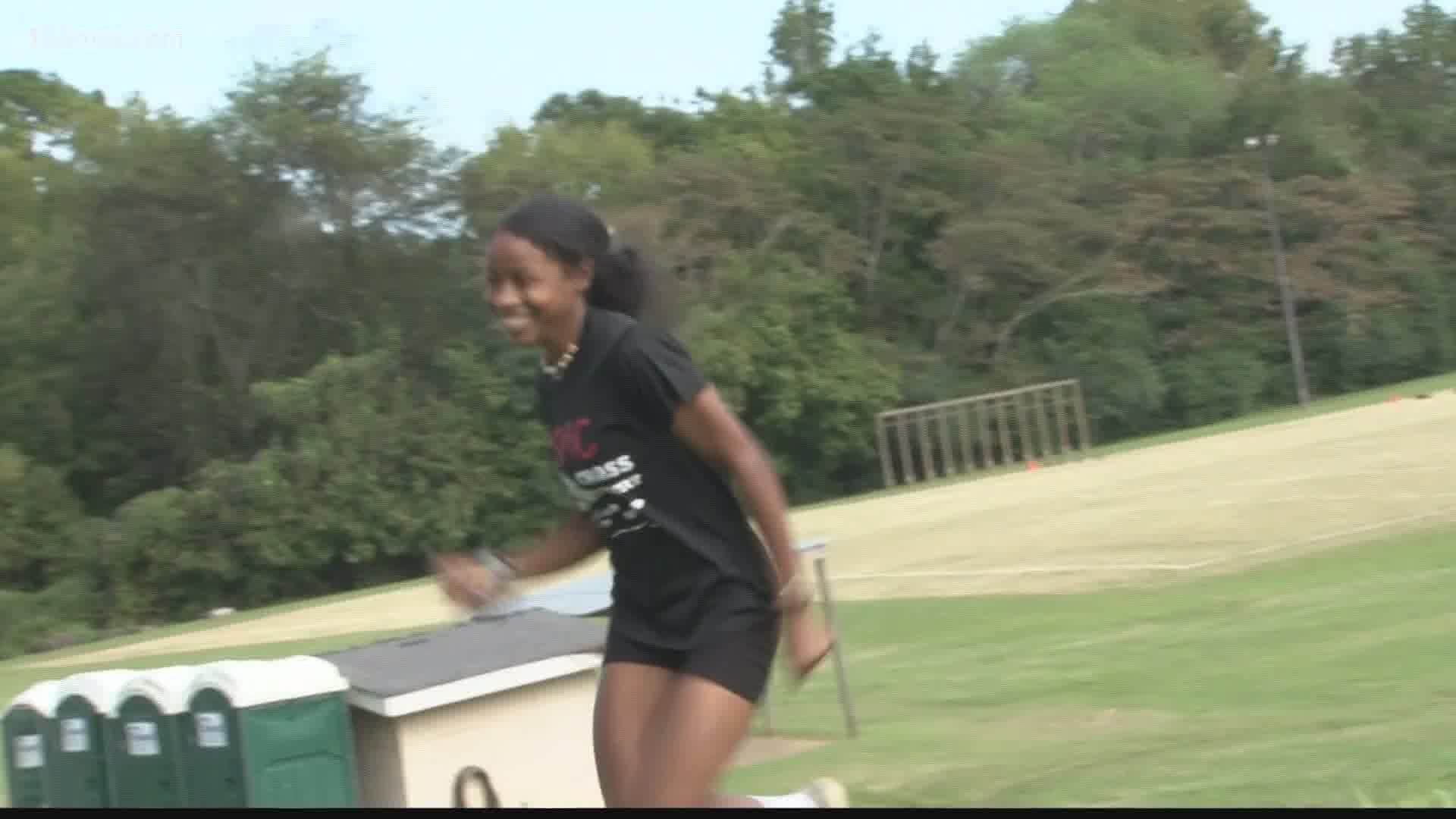 MILLEDGEVILLE, Ga. — Jada Warren is coming off a stellar sophomore year for the Running Lady Dogs. In 2019, she was an all-state performer finishing eighth at the state meet and leading the Bulldogs to a third place finish. Head coach Andrew Grodecki says she's put in the work in the offseason to be even better as a junior.

"Jada found out what summer running can do. It's amazing what it can do for you and then the positive attitude that she has and the hard work she's put it in. She's finding out she can be the best runner in 1A," Grodecki said.

Warren proved that so far. She's finished first in four of five matches this year and been named Georgia MileSplit Runner of the Week twice, but Warren said she worries about beating herself not others.

Not many have been in front of her or even close this season. In her four first place finishes, her closest competition is one minute behind on average. She holds the GMC Prep record for the 5000 meters, according to MileSplit. The wins are great, but Grodecki said Warren's integrity is better.

"We're all about character and she is the symbol of that of character here at GMC," Grodecki said.

Warren has fun on the course and she said a supportive group of teammates push her to be better every day.

"It makes it funner, it kind of takes your mind off the fact that you're hurting a little bit," Warren said.

Warren is great the in classroom as well, boasting a 4.0 GPA. She'd like to be perfect on the course as well and has one aim this year.

"To get first at state, that's it. I'm just working at state," Warren said.