About 13,500 fans were allowed in to cheer on the Braves against the Philadelphia Phillies 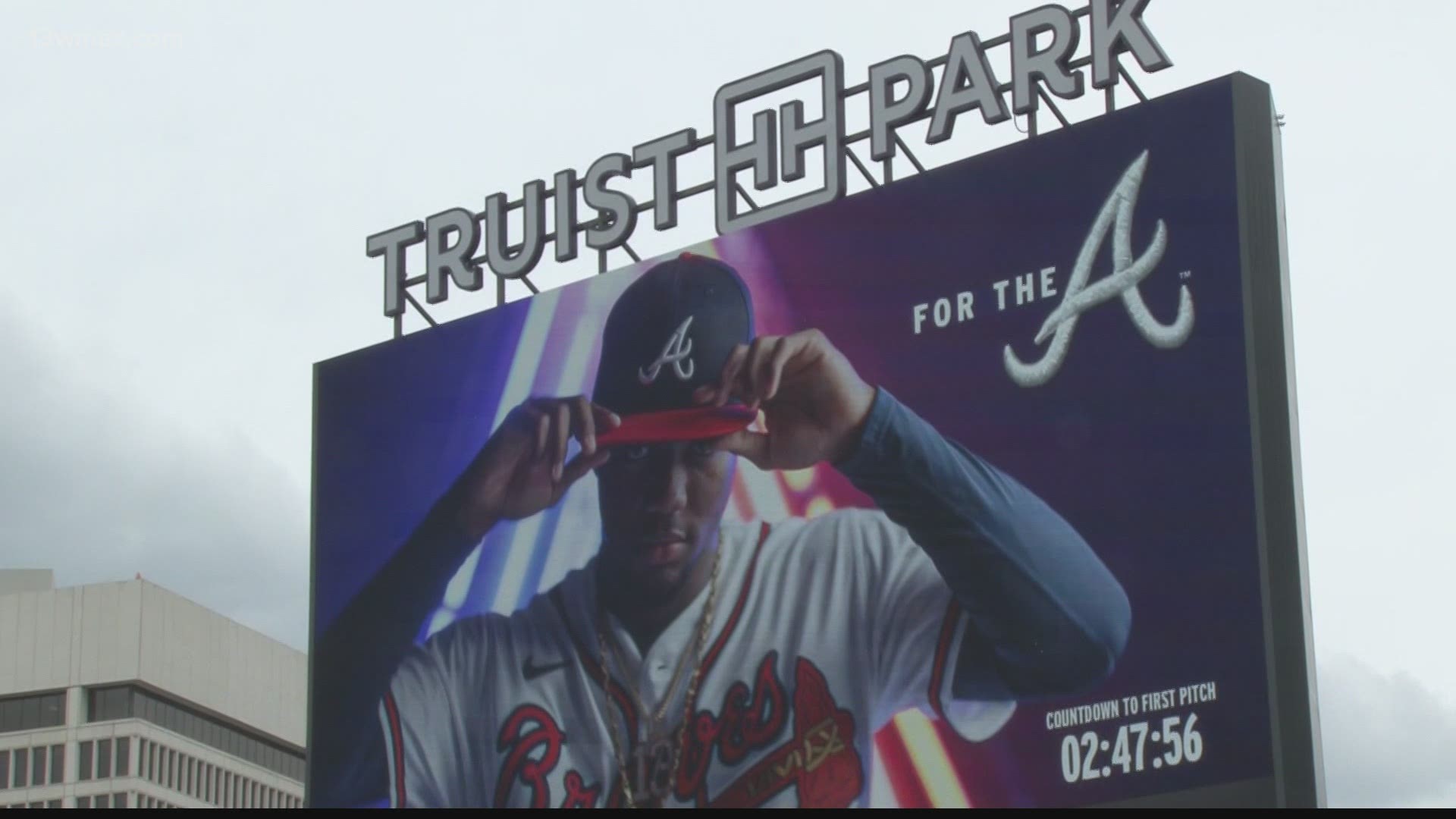 ATLANTA — Only around 13,500 fans or 33% capacity were allowed inside Truist Park Friday for the Atlanta Braves matchup with the Philadelphia Phillies, but it felt like all of Atlanta was in the ballpark. For the first time in over a year, fans got to experience being at a Braves game.

For over a year, 548 days to be exact, Truist park went without what makes a ballpark, a ballpark --it's fans.

"Last year, I was working what was supposed to be opening day in Atlanta and then they canceled it. No fans and everything. I was really disappointed," said Russell Emerson, who attended Friday.

On April 9, the park was empty no more. What was only about 33% capacity of the stadium felt like much more.

"This has been an amazing experience already. I feel like a kid at Christmas," said Tina Gorby.

The Bravos made some changes to keep people safe.

"It'll be a contactless experience," said Greg Mize, Senior Director of Marketing & Innovation for the Braves. "So you'll have the ticket on your phone. You'll scan in. You'll come into the ballpark. You'll be able to use your phone to place a mobile concession order from your seat. We'll send you a text when it's ready. You'll come up and pick it up."

Hand sanitization stations were abundant and masks, of course, were encouraged. Nothing could mask the excitement, people had to be in the building to cheer on Freddie, Ozzie, and Ronnie.

"It's just so nice to come out here. I've been smiling all day, you can ask my girlfriend," said Ben Davison. "Like having the atmosphere. The booing, the cheering, every aspect of it."

The Braves announced they will up the ante. Starting on April 23rd, they're second home stand against the Arizona Diamondbacks, they'll increase capacity to 50% or about 20,500 fans.