Jones finished his tenure in Atlanta as the franchise's all-time leader in yards (12,896) and receptions (848) 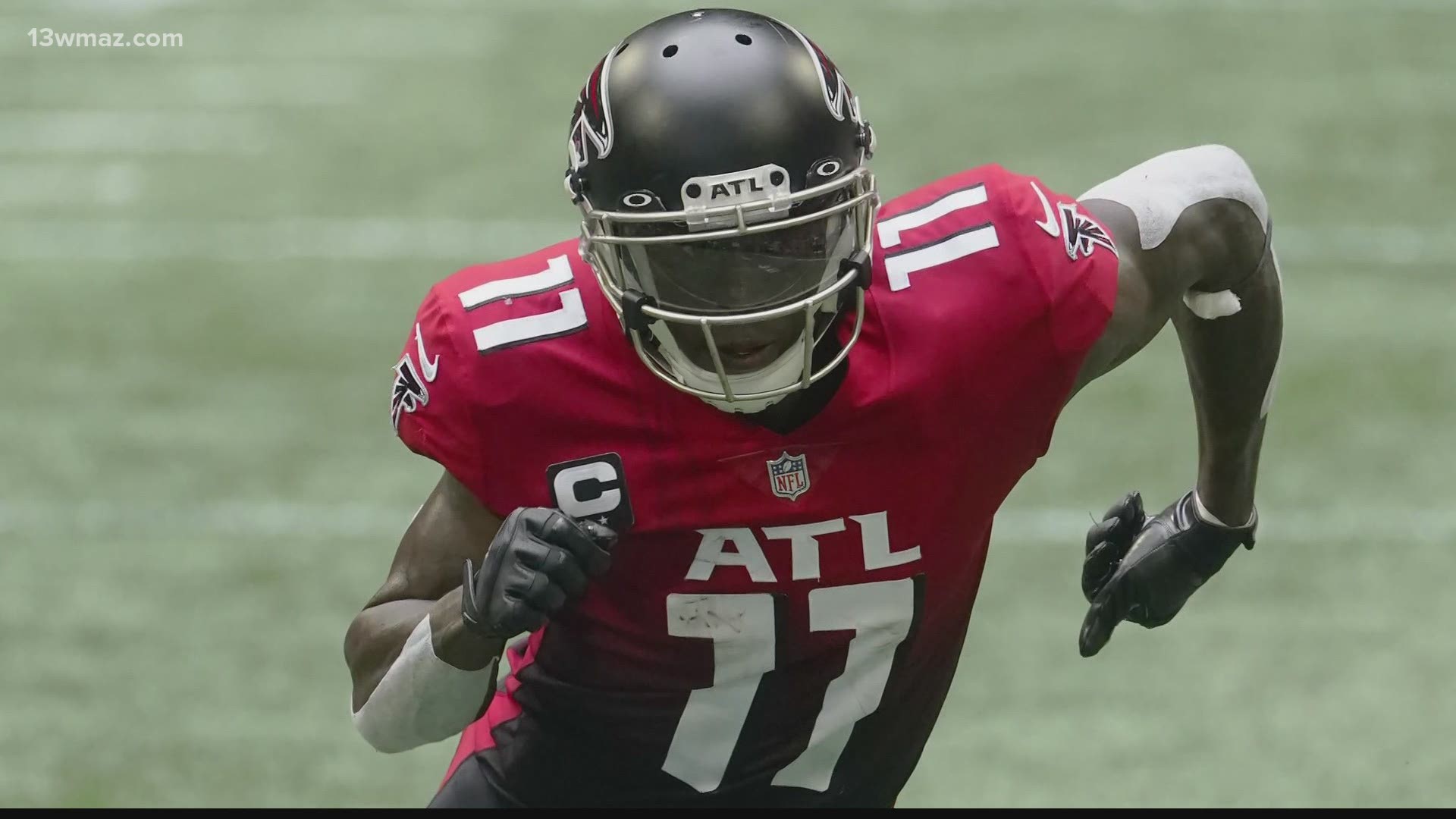 MACON, Ga. — The Atlanta Falcons are without their top receiver and a new era has begun in the ATL, one that won't include Julio Jones. The man they call the Jet is flying out of Atlanta after the Falcons traded away Jones in order to rebuild for the future.

Jones is headed to the Tennessee Titans after a 10-year stint in Atlanta. Fans have differing opinions about the move.

"Well, at the end of the day, it is what it is. You can't keep nobody that don't want to be kept for one. For two, he's just a player like any other player. It takes 11 players to win," said Christopher Blow.

Jones, perhaps infamously, announced his departure from Atlanta live on air in an interview with Shannon Sharpe of Undisputed. Now that the deal is finalized, his departure has mixed reaction.

"At first, I was kind of shook, but overall, I think it's going to help them in the long run," said Zachary Woods.

Atlanta was in a bad spot. They couldn't afford to pay their rookie draft class including first round draft pick, Kyle Pitts. Here's how the trade plays out.

The Falcons get draft capital in a 2022 second round pick and a 2023 fourth round pick.

Julio heads to Tennessee, who also get a sixth round pick, but here's the kicker - Julio was due $15.3 million in guaranteed salary. The Titans are taking that on in 2021. Because the Falcons traded Julio after June 1st, his dead money salary can be split between this year and next year.

"Now they got value out of it and they're able to expand on the young talent they have. Having Julio -- sure, he's a GOAT, but having Julio, if there's not a team you can have around that you're holding off so much potential because you're using up all the money you have," Woods said.

Jones finished his tenure in Atlanta as the franchise's all-time leader in yards (12,896) and receptions (848). Naturally, some fans don't feel like the Falcons got a good return on investment.

"That was ridiculous. Absolutely ridiculous to give up Julio for a second and fourth round. That's just the respect that the Falcons had for him. Shame on them," said Charles Brown.