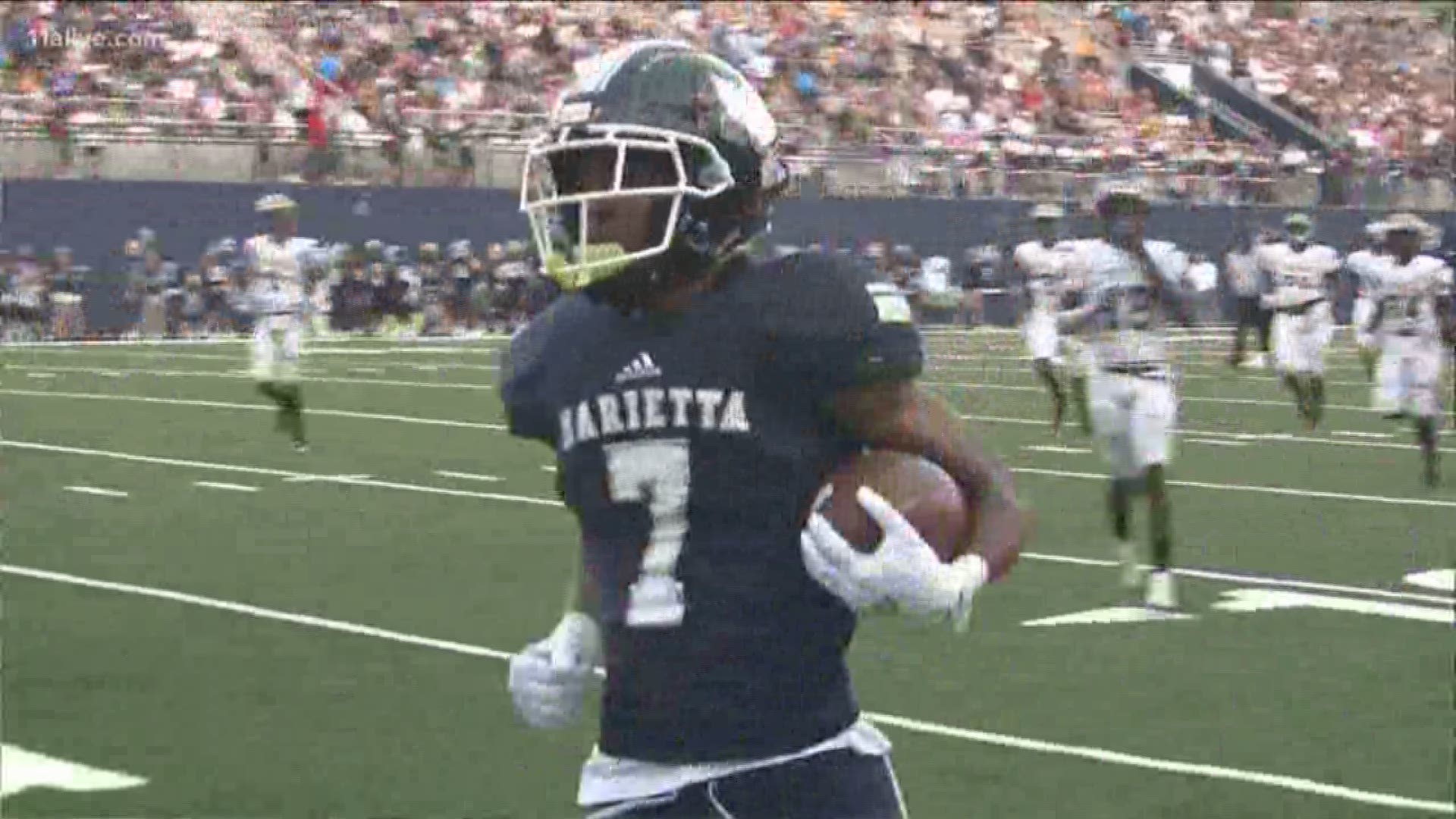 A new high school football season is here, and with it a list of players who are expected to be among the best players in the state.

Born2Compete put together a list of the top 11 players in metro Atlanta fans should watch for all season long:

Great size at almost 6”4' and 225 lbs. Has a rocket arm and great mechanics. Every time he plays, he is one of the top two players on the field. Is a true leader. Hurt his sophomore year during the season. Came back in the playoffs and led his team to the state quarterfinals that year. Has been in the national spotlight since he was in 7th Grade. He will be mentioned with Trevor Lawrence, Deshaun Watson and Cam Newton when he is done playing football in Georgia.

I first saw Arik in the 7th Grade. He was playing basketball for KIPP, and people compared him to LeBron James because of his size and athleticism. Years later, the comparison is true, except now we are talking about him on the football field. There is no player in the country with his size, strength, speed, agility and catching ability. He is a generational athletic talent.

The guy is a nightmare. He has added about 10 pounds of muscle since last year. His game is pure speed. When he makes a decision to go to the ball, he gets there fast. He also has a knack on being in position to get turnovers. All defensive coaches will tell you that they love to have someone on their defense that can force turnovers, and Tyson is that type of player. He will be a huge factor to Creekside’s defense this year if they go deep in the playoffs. 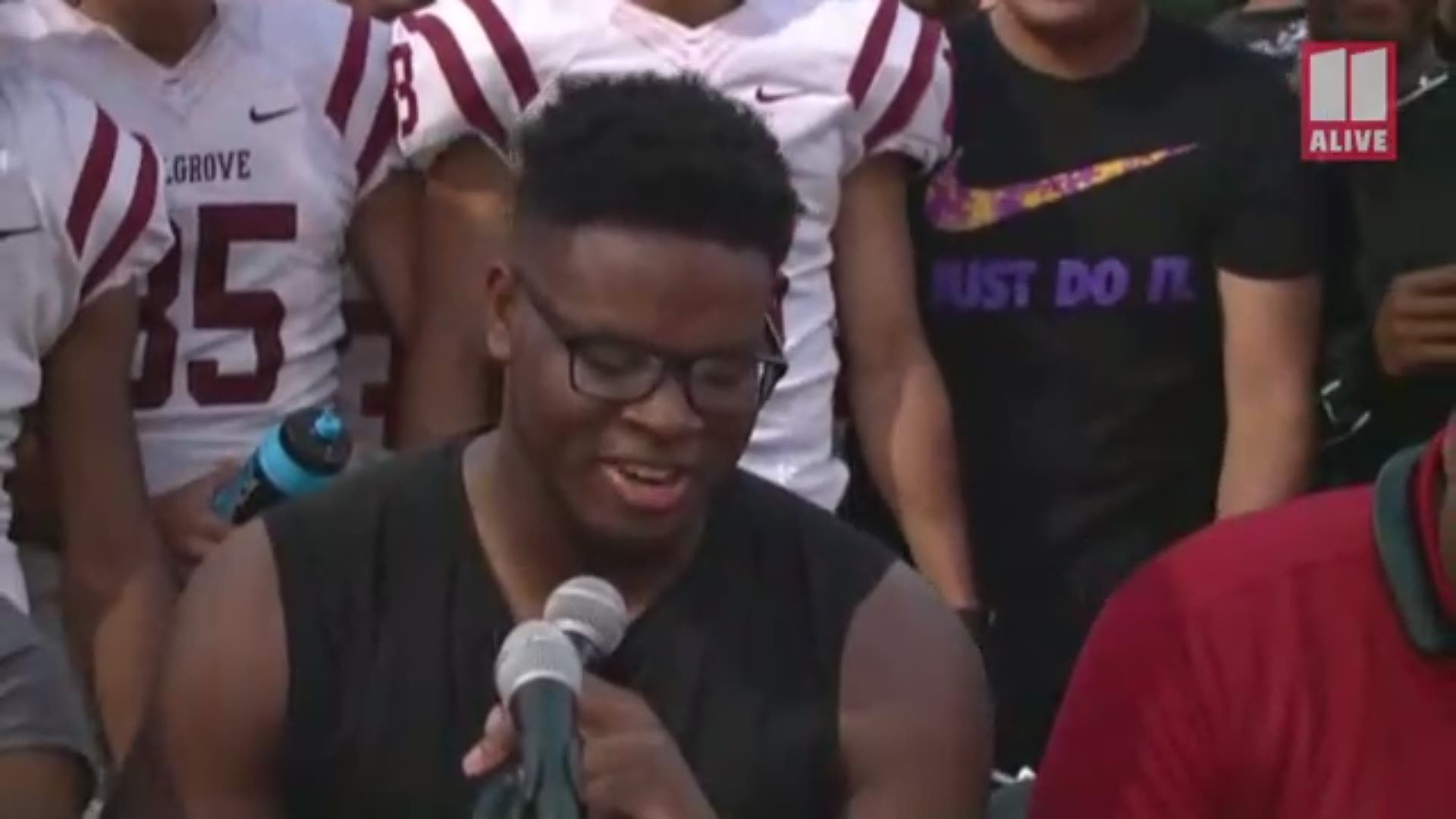 No one better in the country and arguably his position at playing defensive end. Not only is he great about getting in the backfield against the pass, but he can also dominate against the run. Last year he helped lead his team to a great playoff run that no one saw coming - that speaks directly to his leadership ability and what type of person he is.

Hinton has been getting national attention since the 7th Grade. He comes out of a great football family. Dad played in the pros, and his brother is playing Defensive End at Michigan. He is what we consider a Pro’s Pro. He has all the talent and measurables you could ask for, and he has the technique to go along with it. If he didn't have a shoulder injury last year, he might be considered as the best player in the country. He is just that good.

Being in Georgia, people might not want to admit this, but to play Defensive Back at Alabama you have to be special, and Brian Branch fits that mold. The All-American is everything you want at the Safety position. He has the speed, size, and he recognizes formations and predicts well on possible plays. He will knock your block off. Brian is the leader of the No.1 defense in the state and arguably one of the top defenses in the country at Sandy Creek. Trains with PASS and I DAREU, both have been known to put out very good defensive backs.

Great size at 6”3' and almost 200 lbs. Has great ball radius - he can catch anything. On 50/50 balls, he is a nightmare. He has a big time QB that’s going to get him the ball in Aaron McLaughlin. Look for him to average some crazy type of number on yards per catch this year. Will lead Denmark far in the playoffs.

He checks every box: size, athletic, great hands and feet, smart. He is a prototype. Paul is also a leader. Even though Milton lost a ton of talent, he believes that he can lead them back to the championship. I believe him. His work ethic is stuff that legends are made of. He has the ability to be a Sunday player. 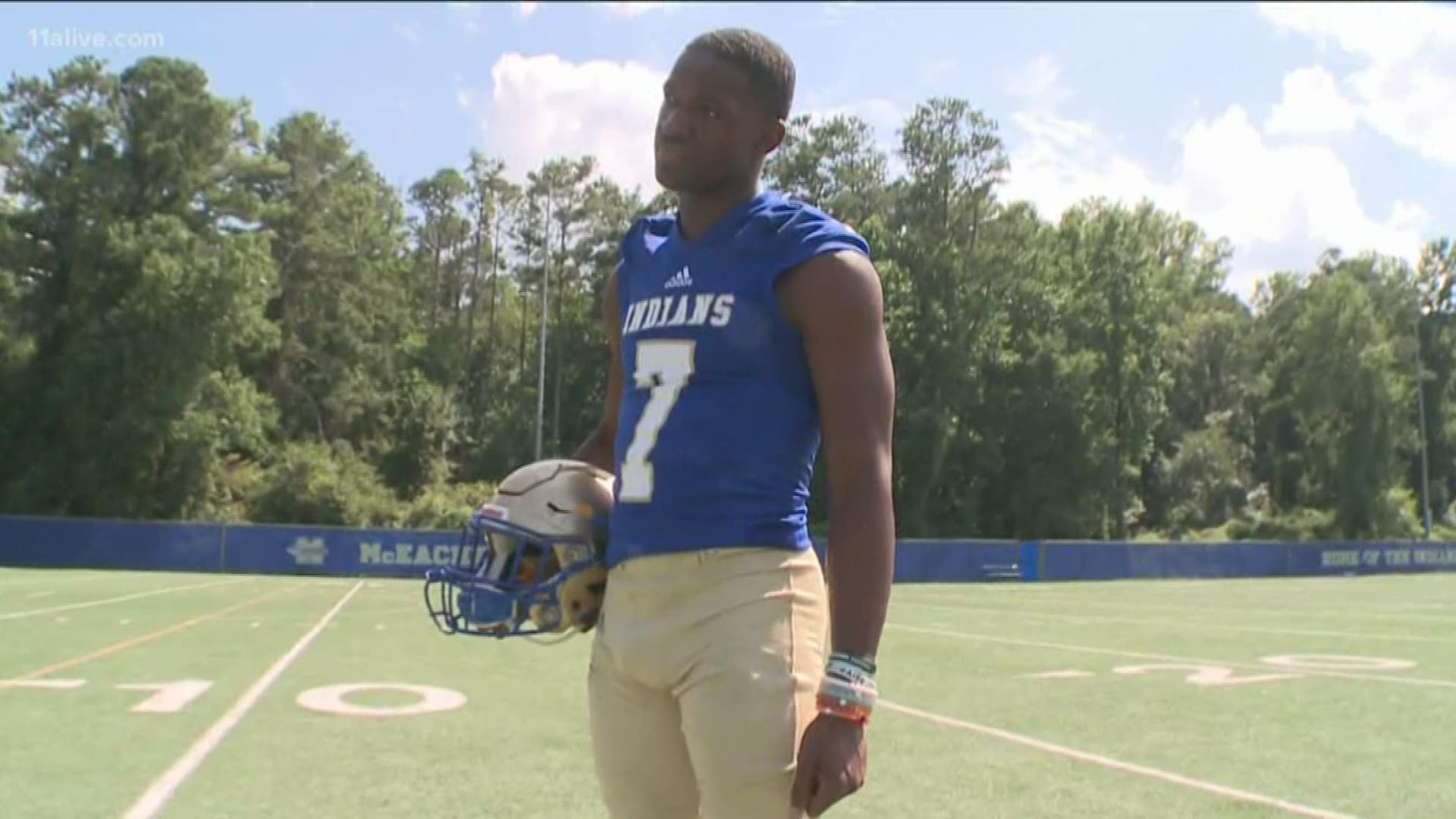 Not too many people dominated the social media world like him. Last year, it was Jadon Haselwood. This year, it is Javon Baker. He has hit the next level with his playmaking ability. Trains with Route King and Top Shelf, both trainers have said that Javon might be one of the best they have ever seen at catching the ball. When the ball is in the air, it is his.

He is the modern running back. After people watched what Sony Michel did to Alabama, everyone now has to have a speed back, and Marks has plenty of it. If you look at his highlight film, he has so many big runs it looks like he is playing youth football. His high school coaches do a great job at putting him in position to make plays and Jo'Quavious does not disappoint when he gets the ball in his hands.

Could actually be one of the top defensive lineman or tight ends in the country due to how athletic Tate is. He will be an anchor or a Tackle for UGA when he gets there, and right now Pittman at UGA does a great job at developing linemen, so don’t be shocked if his name is called on draft day in a couple of years. Fundamentally sound and mean. When he punches, he is literally trying to knock your chest cavity in. You can put him on any team in the country and he will become the coaches' favorite player.