Madden San Miguel has been growing his presence on and off the field, which has led him to a contract with a famous Louisiana rapper 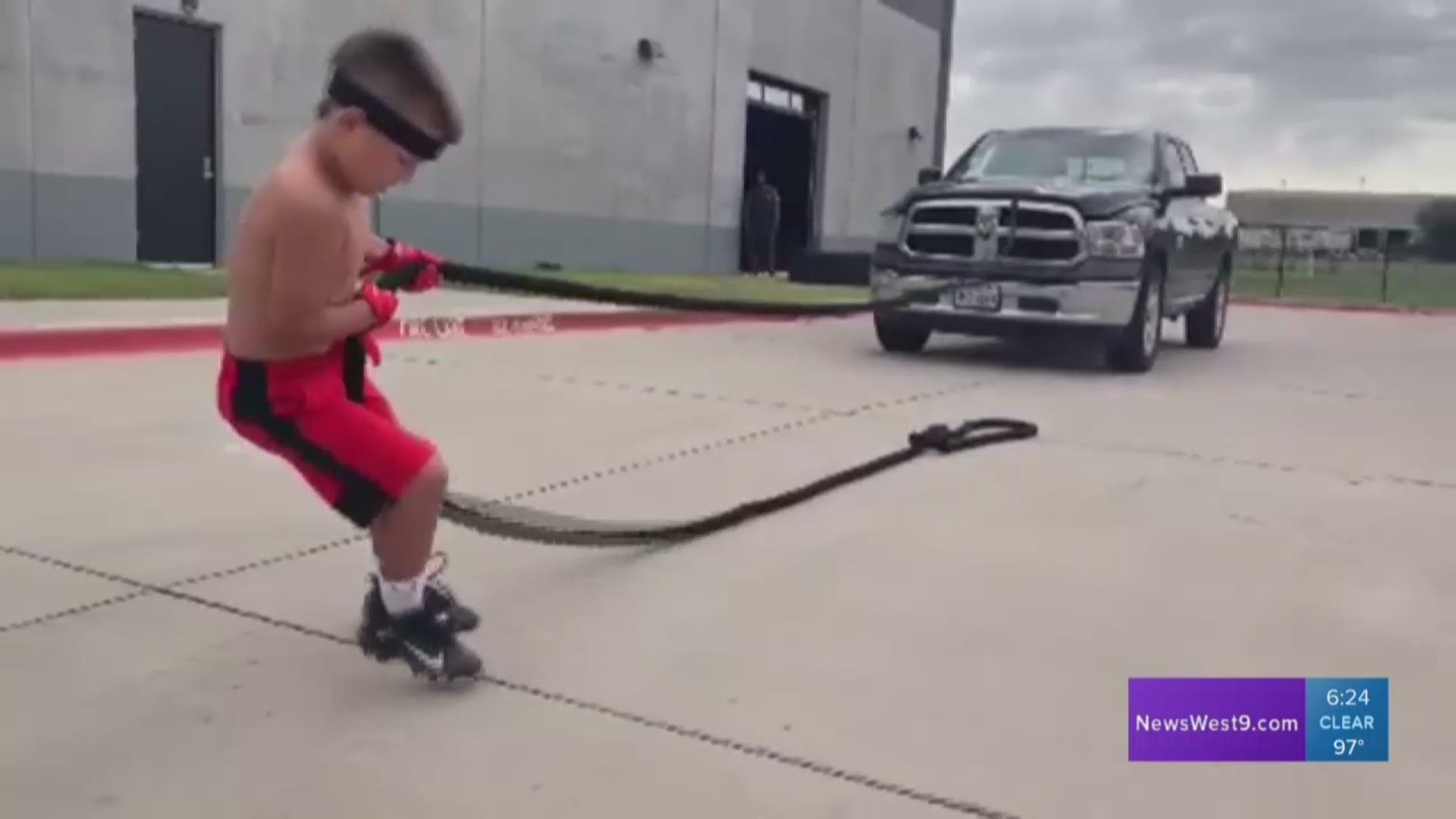 FRISCO, Texas — Not every day you get to meet a 4-foot 7-inch 7-year-old who is already a bigger celebrity than yourself. Especially a guy like me who's on the television every day.

This 7-year-old isn't your normal first grader though. He already has a nickname that everyone knows...Baby Gronk. The name was created by his father after seeing the chair his son sat in during class. At the time, Baby Gronk was in kindergarten, and unlike most kids who sat in a child-size chair, he was sitting in a chair that was the same size as the teacher. And so...the name was formed.

BROKEN DREAMS, BETTER THAN NO DREAMS 🙏🏽

But his real name had a purpose too. Madden San Miguel is the altar-ego to Baby Gronk and according to his dad, Madden is named after the football video game "Madden".

"He plays select baseball, basketball, soccer and if he's not doing those and training he's playing madden." said his father.

"They didn't even sign him as an athlete," explained his father. "They're not even thinking NFL, this is like if they signed a little kid in a Disney movie."

So between the endorsements, training, and over 100 thousand followers on Instagram.

Madden seems to have a lot on his plate. But I'm sure if there was any 7-year-old to handle all this pressure, it'd be Baby Gronk.