The Braves came from behind to advance to their first state championship game since 1993. 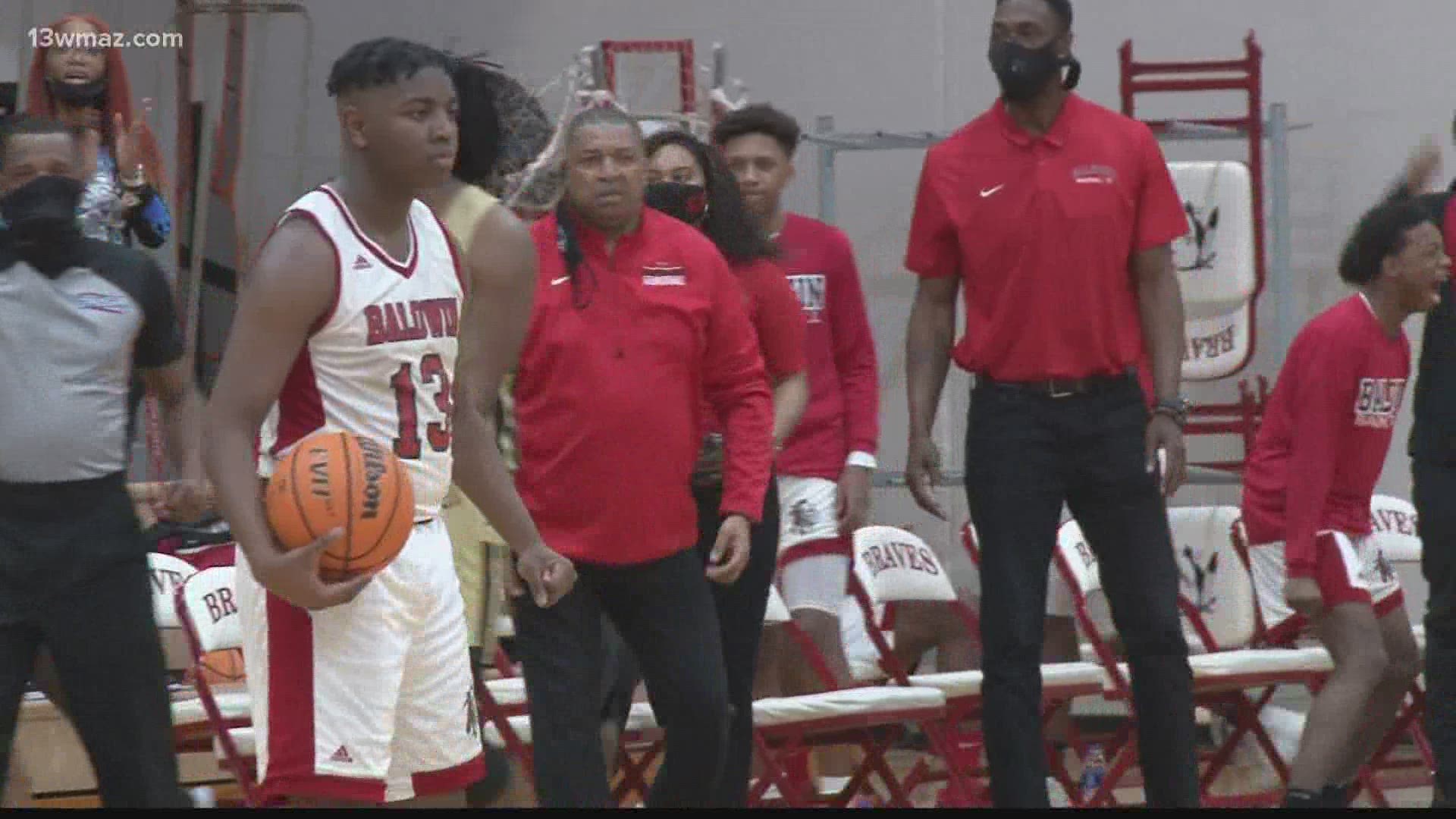 The Baldwin Braves undefeated season continues after they beat McDonough, 46-42 in the GHSA AAAA semifinals, Saturday.

The Braves (16-0) were down 12 at halftime and faced a 33-30 deficit heading to the fourth quarter before coming from behind and winning 46-42. It will be their first state championship appearance since 1993.

"It means a lot man. These kids have worked hard all season," said Anthony Webb, Baldwin head coach. "Even though the season's been up and down, they worked hard. They didn't give up. I gave them a good halftime speech. Told them to take it one basket at a time. They came out and they executed and hey, we won the game."

Rudolph Satcher led the Braves in scoring with 16 points. Shatavious Hogan had 10 points and Williams Freeman had 9.

Baldwin will face Fayette County in the Macon Centreplex on March 10.

The GISA held their championship games Saturday. Here are the scores: