Until now, the Braves have been forced to play on the road due to turf construction and COVID-19 issues with originally scheduled opponents. 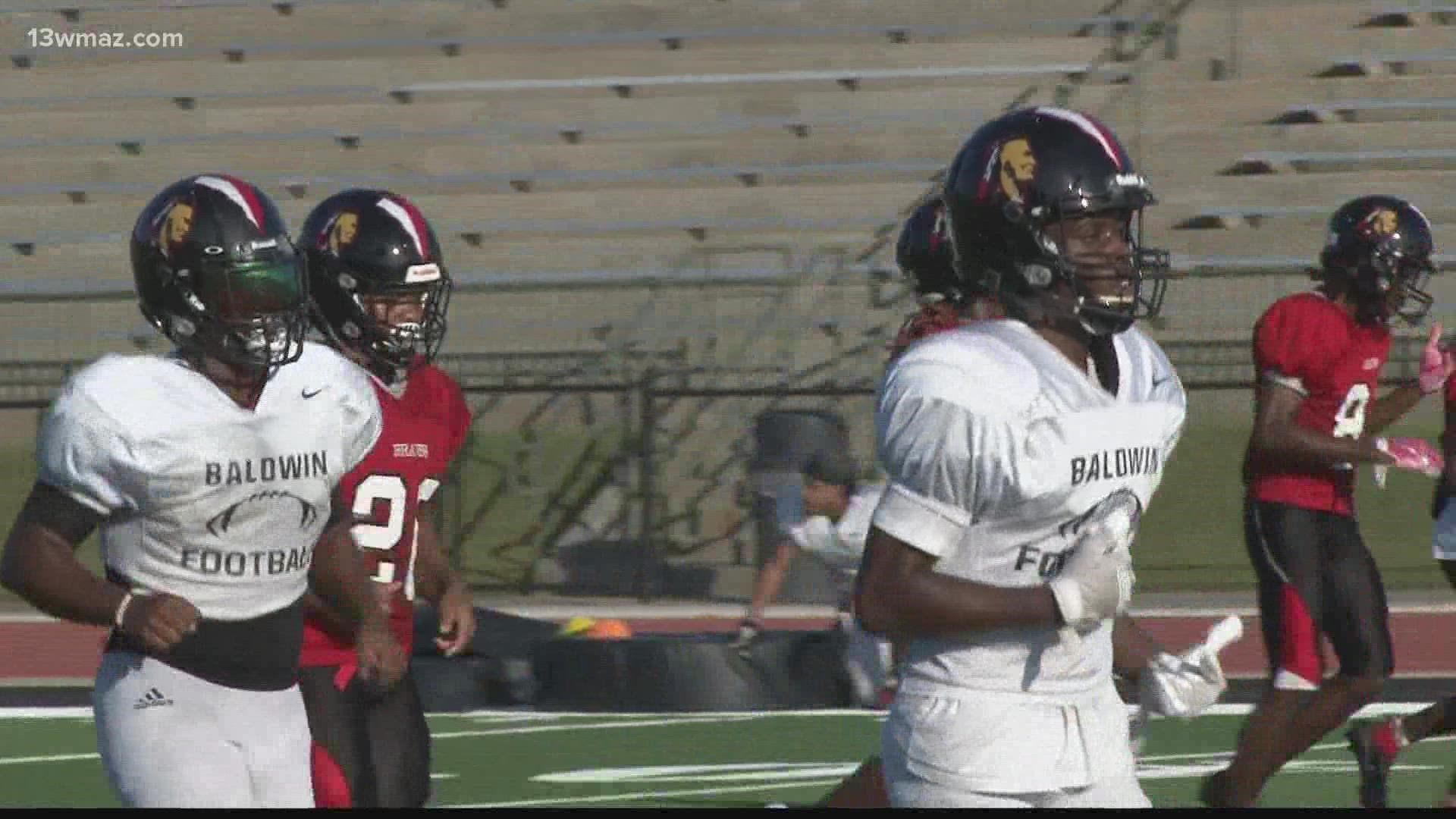 MILLEDGEVILLE, Ga. — It’s not every year that you have to wait until week five to finally play a home game, but between delays with new turf installation, as well as COVID-19 concerns with scheduled opponents, that’s exactly what the Baldwin Braves have dealt with this fall.

“It's not about what happens to you it's how you deal with it,” Head Coach Jesse Hicks said. “You know, I didn't like it, personally. I felt that the kids were being let down, but I couldn't come in and put the field turf down myself.”

The Braves have responded by modifying their schedule, adding new opponents such as Ware County and Brookwood, and the competition has been fierce. While both of those teams handed the Braves losses, what matters most is that the Braves have still been on the field nearly every Friday night.

“We had two teams cancel and we never get to play on the field,” senior cornerback Dexter Ricks said. “That was something I was really looking forward to. So we just had to step up and the teams who would play us, just step up to the challenge.”

Since the Braves have adopted their ‘road warrior’ mindset, they feel as ready as ever for the rest of the year.

“What we told them is, ‘Hey, we're road warriors right now. We're going to attack this thing like that,'” Hicks said, “But what doesn't get changed is that we got to play football.”

Now heading into October, the Braves’ new turf is finally ready to go – and so is the entire city of Milledgeville.

“It's a dream come true, it's always the best to play at home,” Ricks said. “Being a senior, having seen this place from freshman to now, just looks totally different. I can't wait to ball on it.”

As far as what to expect this Friday night, the Braves are taking lessons from Kurt Warner and the good ol' St. Louis Rams.

The Braves host Rutland on Friday night in their homecoming game at 7:30 p.m. The Hurricanes are 1-4 on the year.