The last time the Braves won the AAAA Region Four championship was 2018. 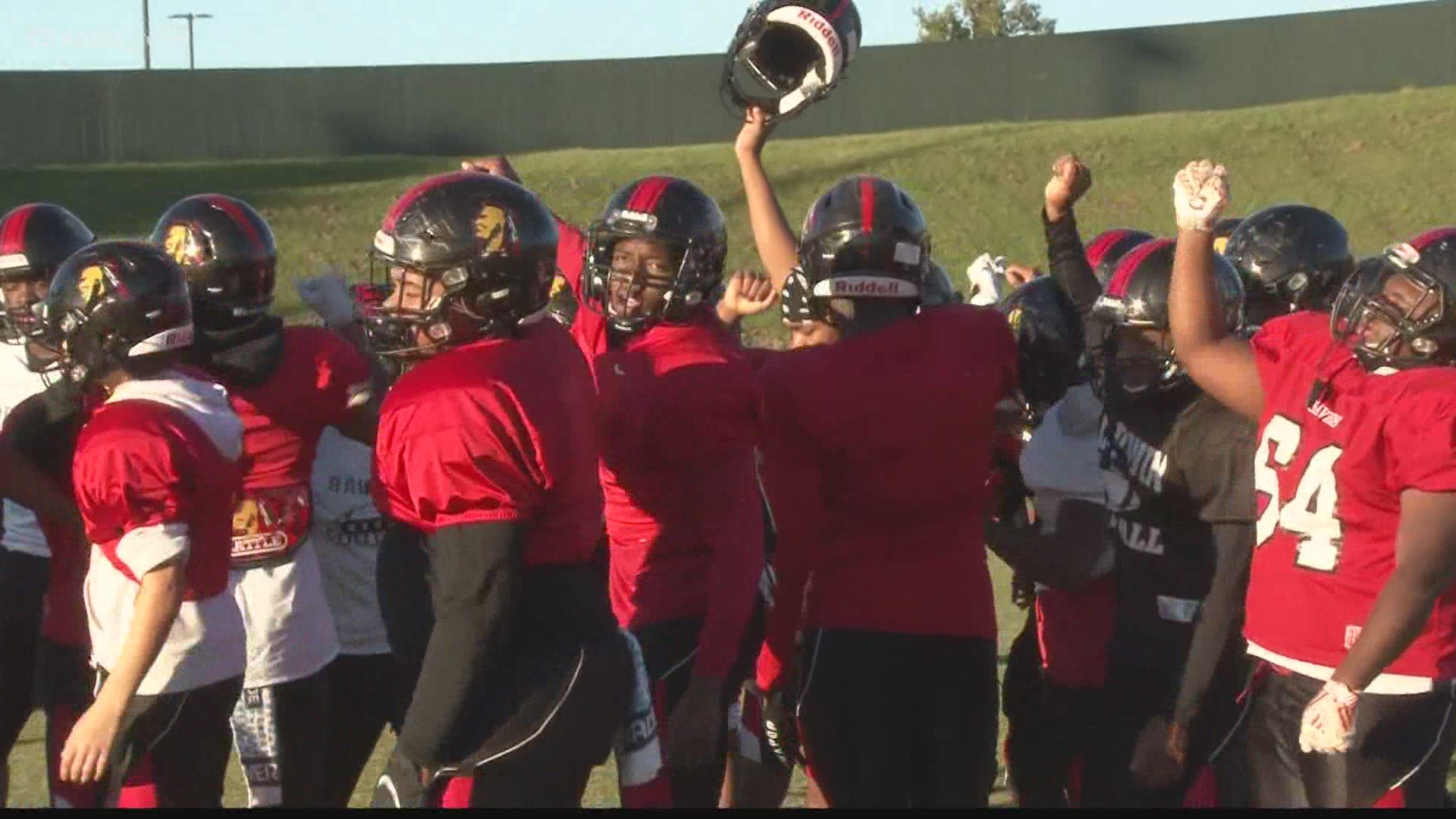 MILLEDGEVILLE, Ga. — A region title is up for grabs this week in Perry when Perry High and Baldwin High face off Friday. Down in Milledgeville the Braves are all business.

"Our kids have shown that they can persevere through anything. Right now, it's just great that this is becoming a norm for us. Playing for region championships is the basis for state championships," said head coach Jesse Hicks.

"You know I was one of the ones that was not a proponent of playing and wanted to wait till the spring, but of course I'm going to do whatever is best for our kids. I just wanted to make sure they were safe," Hicks said. "But I think they've respond. even though we've just had four games., they've been productive in all three facets of the game."

The offense is putting up 35 points a game. The defense allowing less than two touchdowns. Quarterback Derrick Lewis said the extra long offseason led to extra chemistry on the field.

"Actually we've been working all summer. When you get to game time, it's really easy. I'm on the same page and they know what I'm on." Lewis said.

Safety, receiver and University of Georgia commit Javon Bullard said the Braves aren't afraid of the moment. They know when the lights shine brightest, the biggest plays have to be made.

"It's gonna be a fight on both sides of the ball. Those guys play hard, special teams, defense and offense. They have dogs over there, a lot of key players. We have a lot of dogs over here too, a bunch of key players too. It'll make for a great matchup," Bullard said.

A region title in Milledgeville is a setup for the ultimate prize. The game is set for Friday at the Perry Panther Pit.