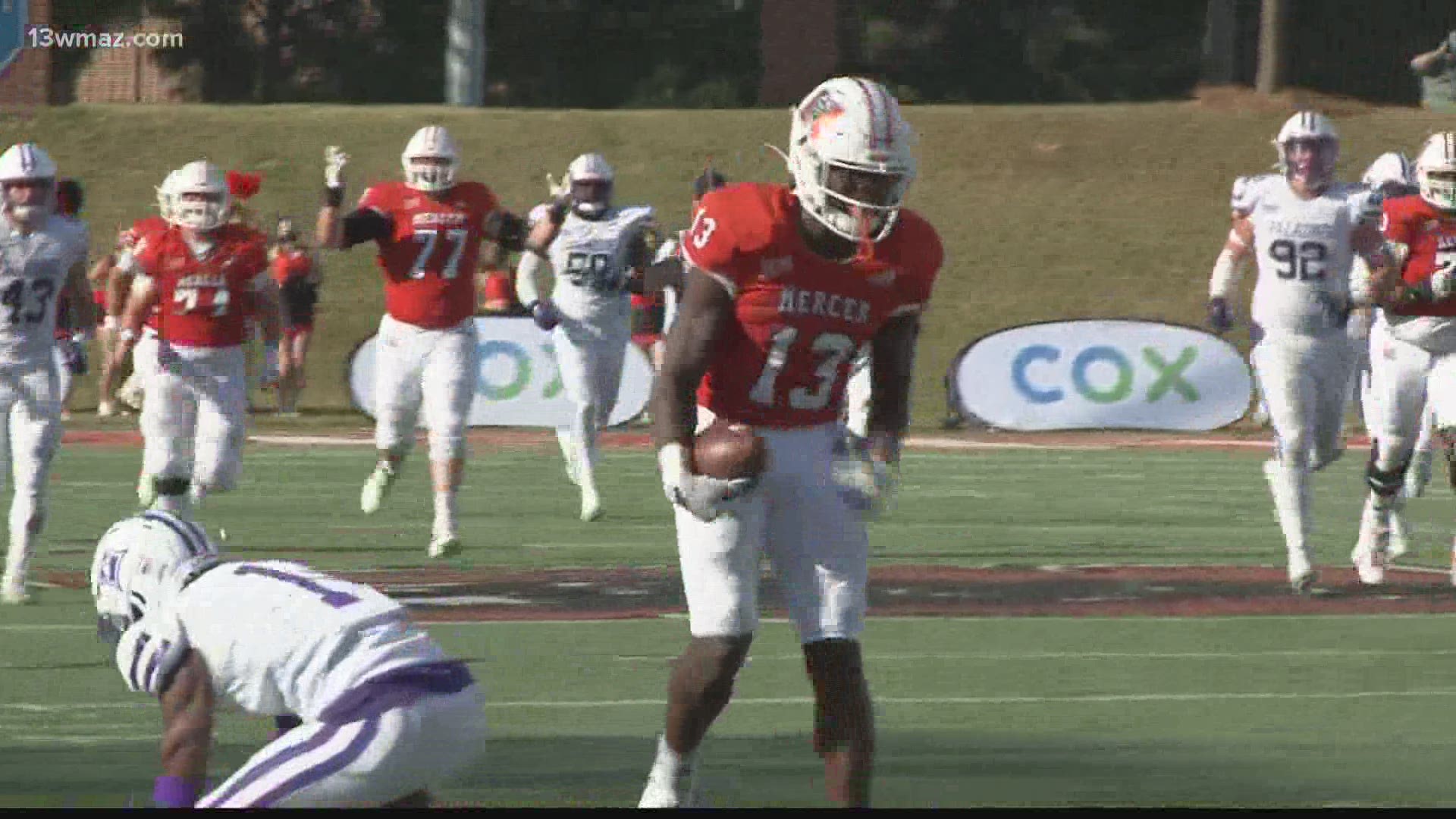 His favorite target was Georgia transfer Ty James, who also collected a program record with 179 receiving yards and a touchdown. He said games like Saturday's were what he came to Macon for.

"Seeing (the coaching staff) actually have that trust in me on the field, all I can do is thank my coaches. My first year, to have a game like this in the record books, that's wow," James said. "(The win) isn't really a shock to us. I wouldn't say we feel like underdogs at all. I feel like we come out here ready to play and this is what we expect to do."

"Nobody became magically more talented today, but kids just made plays and enjoyed playing and played four quarters of football and it was a great football game," head coach Drew Cronic said.

Defensively, Mercer was dominant. They kept Furman under 250 total yards and had eight tackles for loss and four sacks. Safety Lance Wise led the team with 10 tackles and Solomon Zubairu added 1.5 sacks and 2.5 tackles for loss.

"I just think we're learning to attack and be aggressive instead of worrying about making mistakes," Cronic said. "When you start playing passive and worrying about the wrong things that may happen, I think we're growing into a team that just, 'Alright read my keys, go attack, trust the other 10 guys and fly around.'"

The Furman win makes it the first time Mercer collects back-to-back wins over a ranked opponent. The Bears play again April 10 against ETSU at home.