Williams will focus on his health as he battles cancer 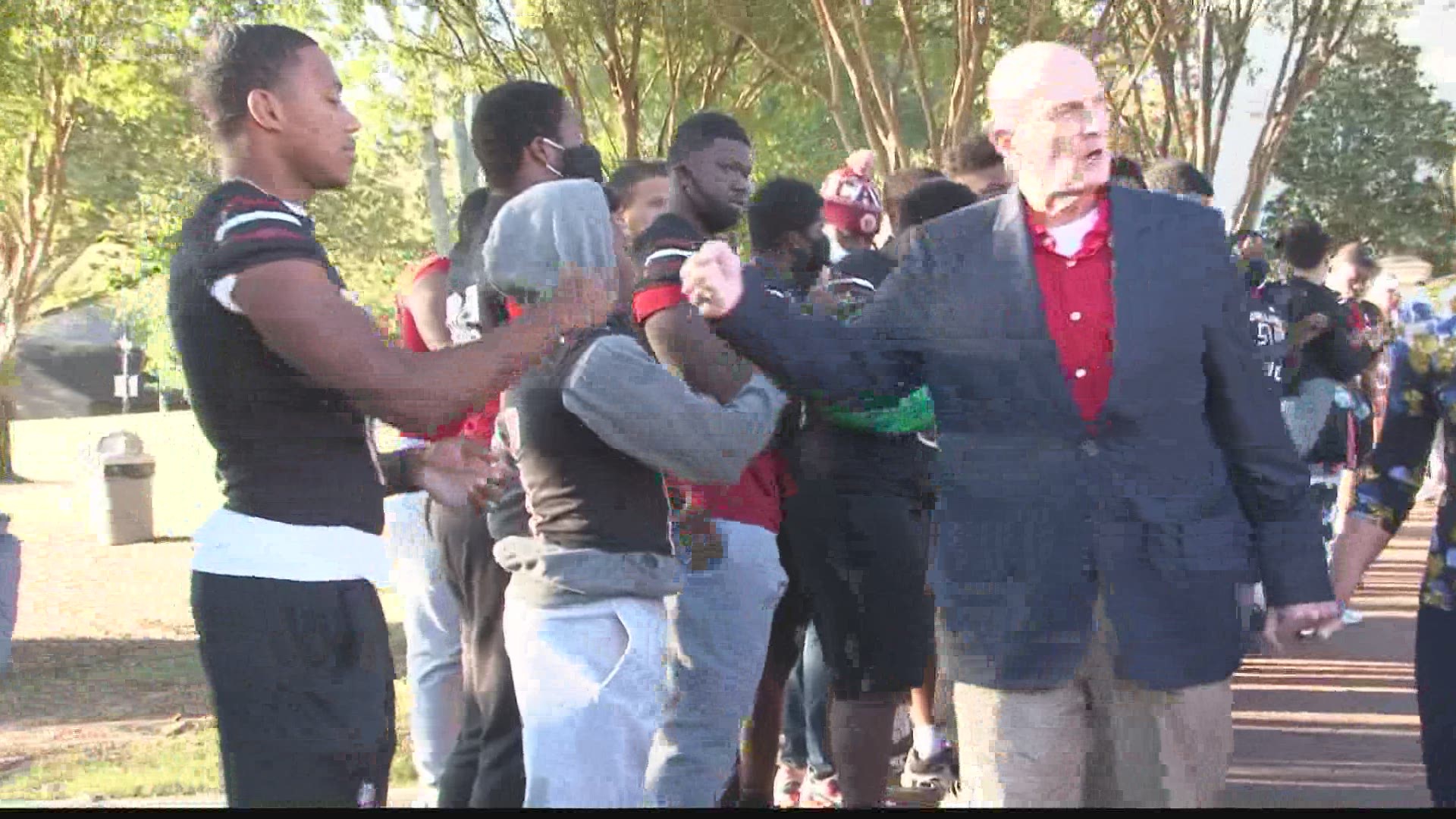 Williams retired, Monday, to focus on his health. He battled cancer and rang the remission bell in May, but his cancer returned. He will have a bone marrow transplant and spend the next year recovering.

Georgia Military College held a retirement ceremony for Williams celebrating his 23 years serving the college. During that time he had a record of 156-58, the most wins in the GMC history. He won a national junior college championship in 2001 and was a three-time coach of the year.

He also supervised millions of dollars in facility renovations at GMC.

Afterwards faculty, staff, students and athletes lined the sidewalk through GMC's campus for a "Dawg Walk" clapping for Williams and his family through the college's campus gates.

"I'm extremely touched. by everybody that came out here to wish me the best. Thanks and all. I can't tell you how much I appreciate them being out here. Our student athletes and just really all the different parts of the GMC community were out here and very special," Williams said.

Asked what accomplishment he's most proud of during his tenure at GMC, Williams said it was all the young men and women he helped graduate. Williams oversaw $2.5 million in scholarship funds while at GMC.