The group says they want to spotlight police brutality and systemic racism. 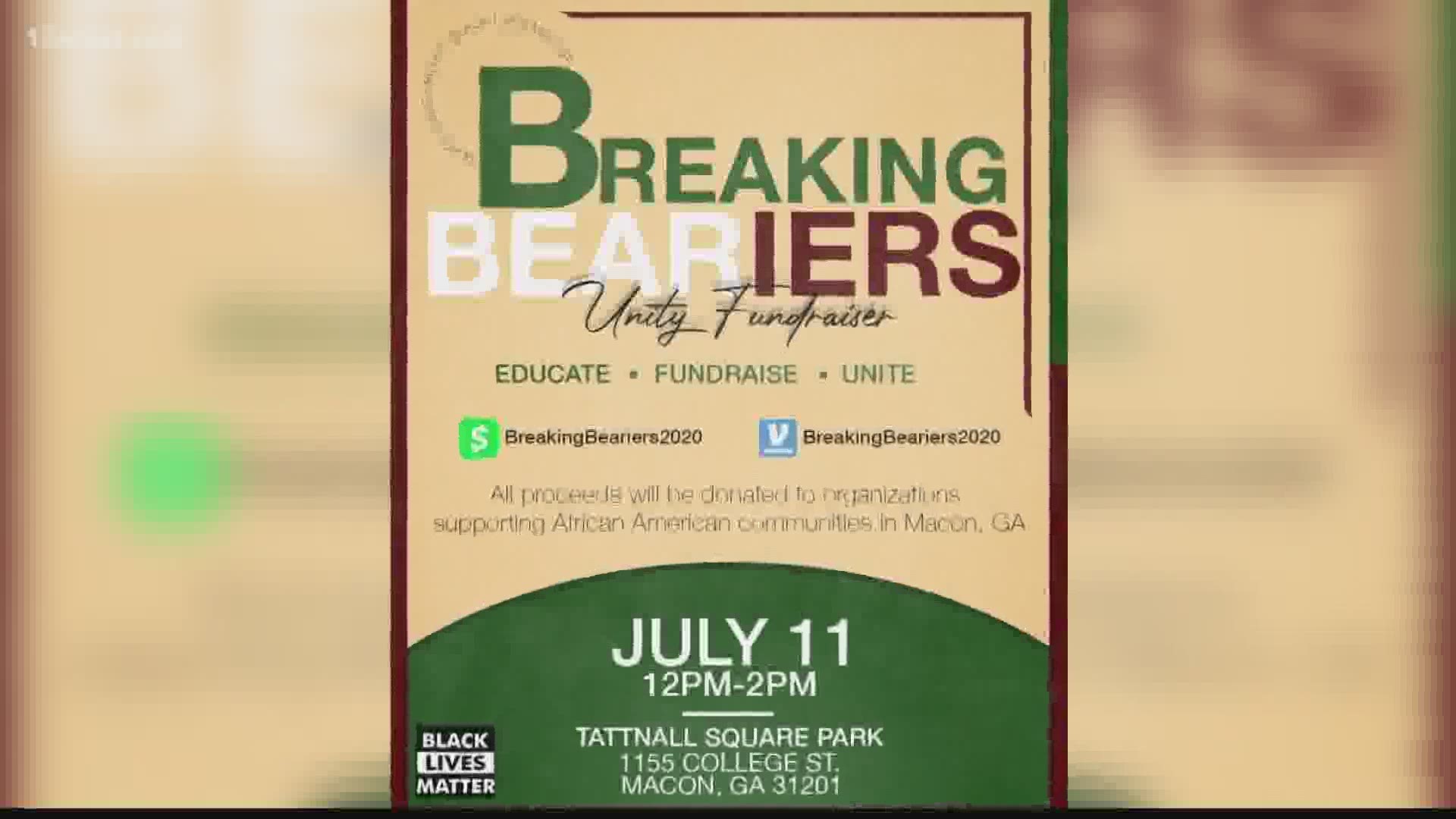 MACON, Ga. — The fight for social justice continues even though the names of George Floyd and Breonna Taylor are not dominating the news cycle the way the were. Former Mercer football players are making their voices heard and looking to create a dialogue this weekend with a rally called "Breaking Beariers."

"A lot of people are just ignorant that a lot of this stuff is still going on," said Mercer football assistant coach Jordan Marshall.

Marshall, who's also a former Mercer wide receiver, said he and his former teammates have had a lot of enlightening conversations on social justice over the last few months. Friends of different backgrounds have reached out looking for social education.

Marshall and the group of former athletes which includes defensive players Tosin Aguebor and Sytavious Brown and Macon artist, activist and former tailback Caleb Brown decided to use their influence to create dialogue. They're holding a unity rally on Saturday.

The group believes the status they once held in the community will give their message legitimacy and create a safe space to communicate.

The group is also full of professionals who are no longer athletes, which Marshall said is important for young men and women to see.

The rally will focus on police brutality and systemic racism, but it's meant to be less of a protest and more of a conversation. There'll be food provided by Francar's Buffalo Wings, music, mental health counseling and guest speakers including former Mercer quarterback, John Russ.

"We don't want to make it in a way that we're attacking white people, but we want to gear it towards educating," Marshall said.

The group is taking donations and will give all proceeds to the 100 Black Men of Macon non-profit organization to better the local community.

"I think it's going to be a really good time. I want everybody to come with an open mind, open up and express your thoughts," Marshall said.

RELATED: Mercer's Ethan Stair to play in 'The Basketball Tournament'