"I never thought in a million years that the year I got a chance to live out my dreams would be the year that all things get shut down.” 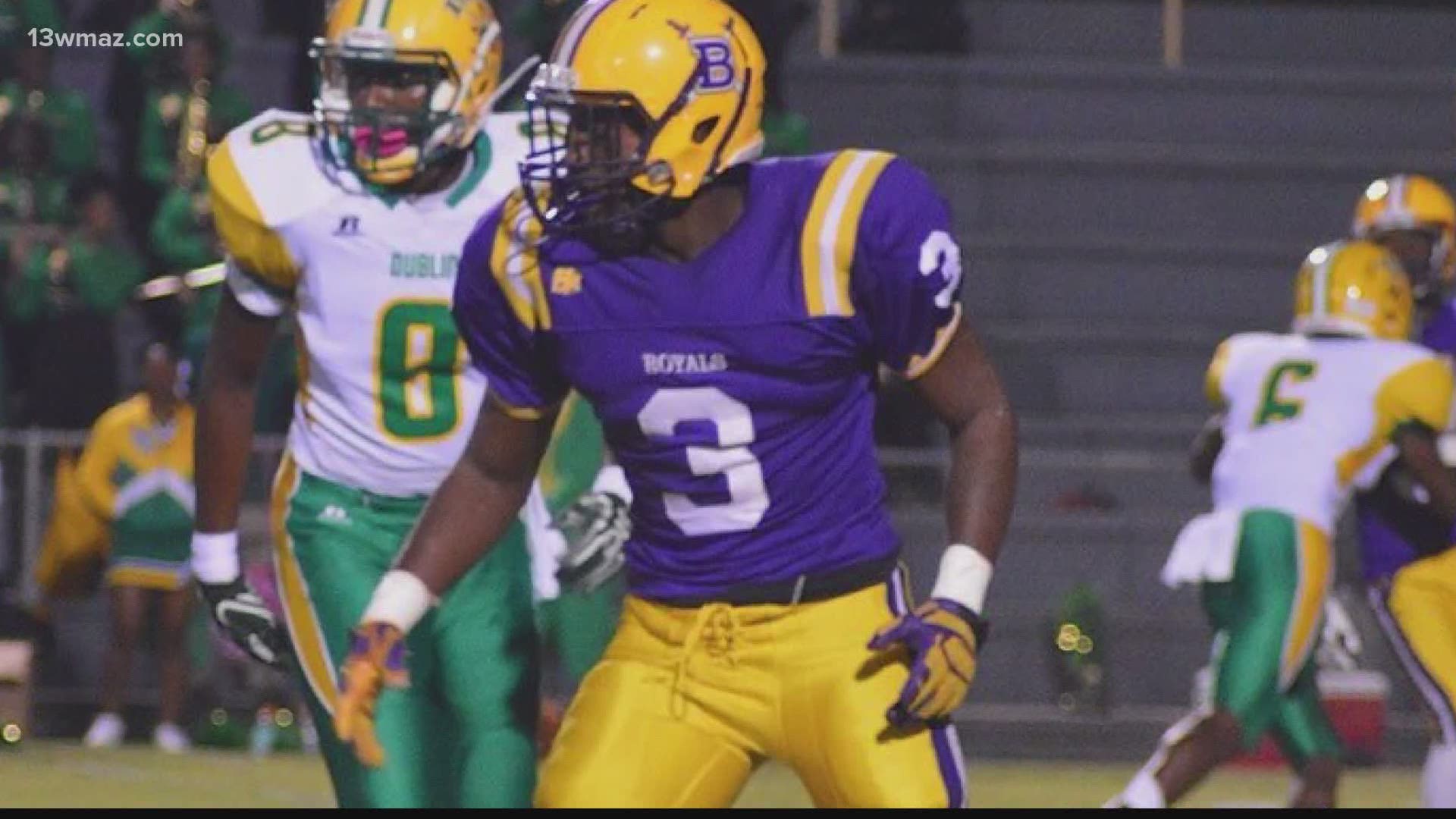 MACON, Ga. — With the announcements from the Big 10 and PAC 12 regarding the canceling of college football on Tuesday, our Sports Executive Producer Marvin James reached out to two of our Football Friday Night alumni who graduated to play college football at University of Indiana and Washington State.

We start with the veteran, redshirt junior Willie Taylor III, who is a student athlete for PAC 12 member Washington State. Taylor is originally from Cochran and graduated from Bleckley County in 2017. The linebacker has had much success since he's stepped on campus, appearing in 26 games while starting 23. He's had 54 tackles including 11 tackles for loss and 6 sacks with one interception in his two seasons of play. The 6'4, 230-pound Humanities major was expecting bigger things for the 2020 campaign, which is now on hold for the moment.

“The news was we'd been hearing for a while that the season could possibly be canceled, but we didn't think that was going to happen, so when we got the news, we were like, 'So what now?'” asked Taylor. “We all came here to play football, but it is what it is. It's defintely tough for sure. It's tough for all of us. We need to keep grinding and push through it and make the best out of a bad situation.”

In the Midwest, early enrollee and true freshman Dexter Williams II is already making a name for himself as a student athlete on the Bloomington, Indiana campus. Williams earned Scholar Athlete of the Month for April. The 6-foot-1 dual threat all-region, all-state signal caller out of Mount de Sales Academy signed with the Hoosiers in December of 2019 and was looking forward to adding depth to the quarterback lineup in the red and white. Dexter says the recent news left a feeling of loss for his fellow teammates, especially the seniors, but they all worked hard for this coming season.

“It really wasn't what I expected. I expected them to push it back again because that's what they have been doing,” explains Williams, “But when they said, 'Emergency meeting at the stadium at 3:00 Tuesday,' I knew it couldn't be good. Once I heard it out of my coach's mouth, my heart dropped because I never thought in a million years that the year I got a chance to live out my dreams would be the year that all things get shut down.”

Still no word from Mercer and the Southern Conference, nor UGA and the SEC, Georgia Tech and the ACC or Georgia State and Georgia Southern from the Sun Belt.