Central Georgians show off their skills during UGA Pro Day 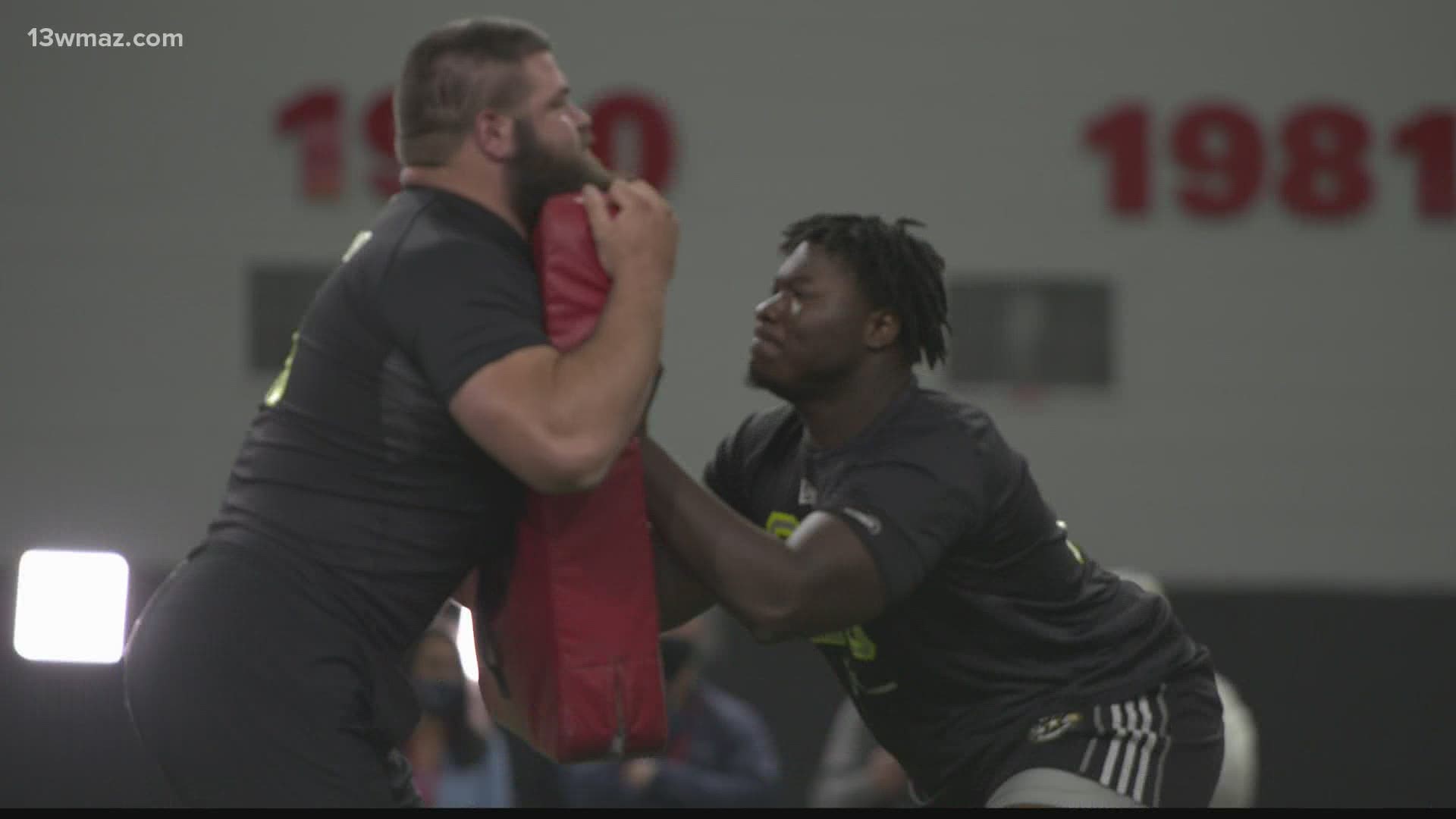 ATHENS, Ga. — On Wednesday the Georgia Bulldogs held their annual Pro Day for college prospects to show their skills to the NFL and potential teams. A couple of Central Georgians were in the mix.

Former Houston County Bear Trey Hill and former Mary Persons Bulldog Malik Herring along with other Bulldogs put their best foot forward on in a number of drills. They'll throw their names in the ring for the NFL draft in April. Hill was a 2019 AP All-second team. Both Central Georgians are coming off injuries and hope this moves their name up the draft board.

"I want to improve on just the whole aspect of the game," said Hill. "Film room, little steps, getting to know where D-linemen are lined up at, hand placement, movement. Just the little things that will get you over the top, get you over the edge in this football world."

Herring, who tore his ACL in February and has since had surgery and rehabbed, is trying to assure teams he's still valuable to a defense.

"Just sell the teams on me. Tell them how I'm doing rehab wise and how I'm feeling and how I'm looking, things like that. They can't dictate when they get me. Whenever they get me, they get me. I'm just going to come in ready to play, ready to do my job, know the playbook, meet all the new guys," Herring said.

The NFL Draft is set for Thursday April 29.