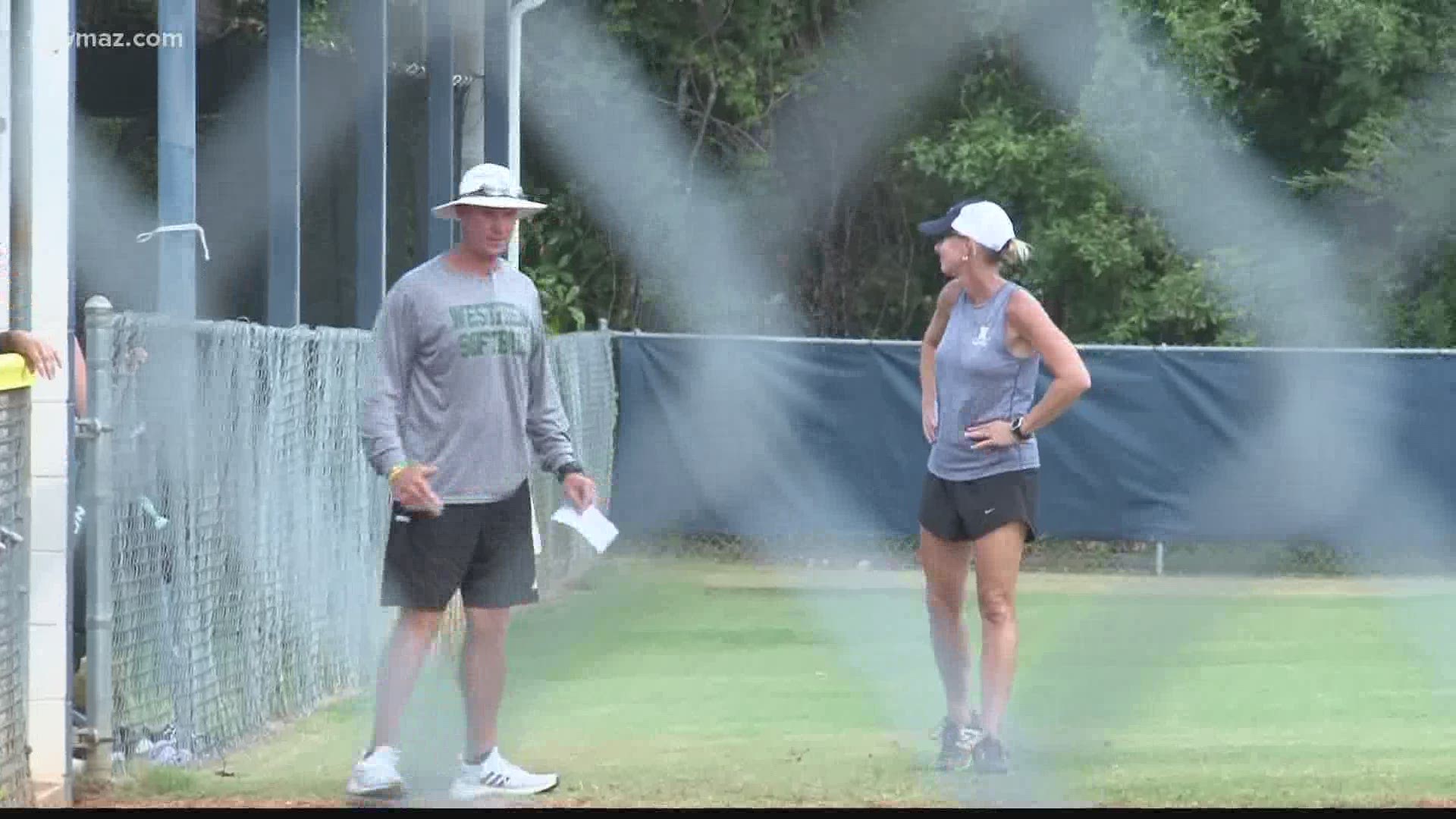 The GISA's Westfield School and GHSA's Mount de Sales softball are two programs that push each other.

"A little ridicule back and forth, give them a hard time but it's all in fun," said Camp.

It's a friendly rivalry born out of the longstanding relationship between their two coaches. MDS' Smith and Westfield's Camp went to high school together, Mount de Sales class of 1992.

"We were a very close knit group. Danny was in my friend group and I was actually a baseball manager when he played. It was fun. Mount de Sales was like family then like it is now," Smith said.

"I just remember her being very athletic, very kind, big-hearted," Camp said. "One of those that would go out of their way to be there for you."

The pair played under legendary coaches like Mike Garvin, Tony Slocum, and Lynn Hatcher, Smith's mom. Camp played baseball and football. Smith was a three-sport athlete, playing basketball, softball and running track. Both left for college, only to return to Central Georgia as coaches.

"Having the chance to come back here and see my kids go through what I did and my other family members did, it means a lot," Smith said.

Now they lean on each other. The coaches will often bounce ideas off of each other. When Smith took over the Cavaliers program seven years ago, she asked Camp for advice.

"There's a lot of things he does or did, that he suggested I try that I still do today," Smith said.

Both coaches are uber-competitive with a ton of pride for their alma mater. Their chests could not have swelled more than winning championships at the same time. Both coaches had daughters on their respective championship teams.

"We're excited about the success that we're having but also the success our daughters are having too in the sport of softball," Camp said.

Westfield and Mount de Sales will play a home and home series this year once softball season begins.