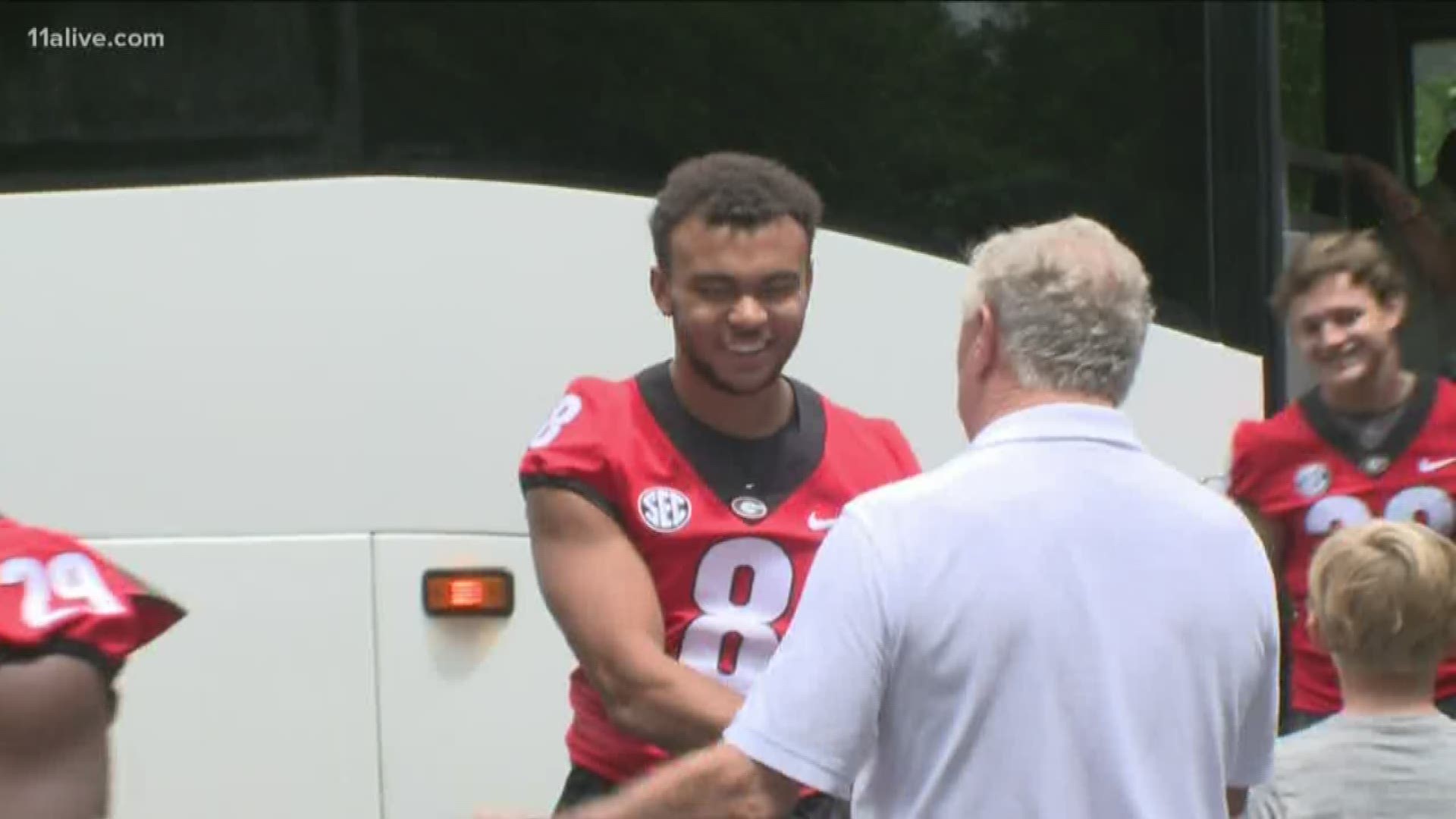 ATLANTA — The Georgia Bulldogs came in high in the preseason Amway Coaches Poll, but weren't the highest ranked team from the SEC in the poll.

The Bulldogs ranked third in the poll, behind Alabama and Clemson.

It's the first time that Clemson, the defending college football national champions, enter a season atop that poll. The Tigers had 59 of the 65 first-place votes (the other 6 went to Alabama). Georgia had a total of 1447 points -- 172 shy of Clemson's and 119 short of the Crimson Tide's.

Rounding out the top 10 of the poll were Oklahoma, Ohio State, LSU, Michigan, Florida, Notre Dame and Texas.

It's a slightly higher position for Georgia than last year, when they started the season #4. They ended the season at #8 in the coaches poll and tied for 7th in the AP poll after a loss to Texas in the Sugar Bowl left them with an 11-3 record.

Georgia opens the season August 31 at Vanderbilt. It's Smart's fourth season as head coach of the team. He signed a $49 million, 7-year contract extension prior to last season.

The first Associated Press poll has not been released. The Bulldogs ranked third in that poll last year.

RELATED: 'This is the toughest speech I've ever written': Champ Bailey, set to join Hall of Fame, reflects on life and football