Kickoff is set for New Years Day at Mercedes-Benz Stadium in Atlanta at Noon. 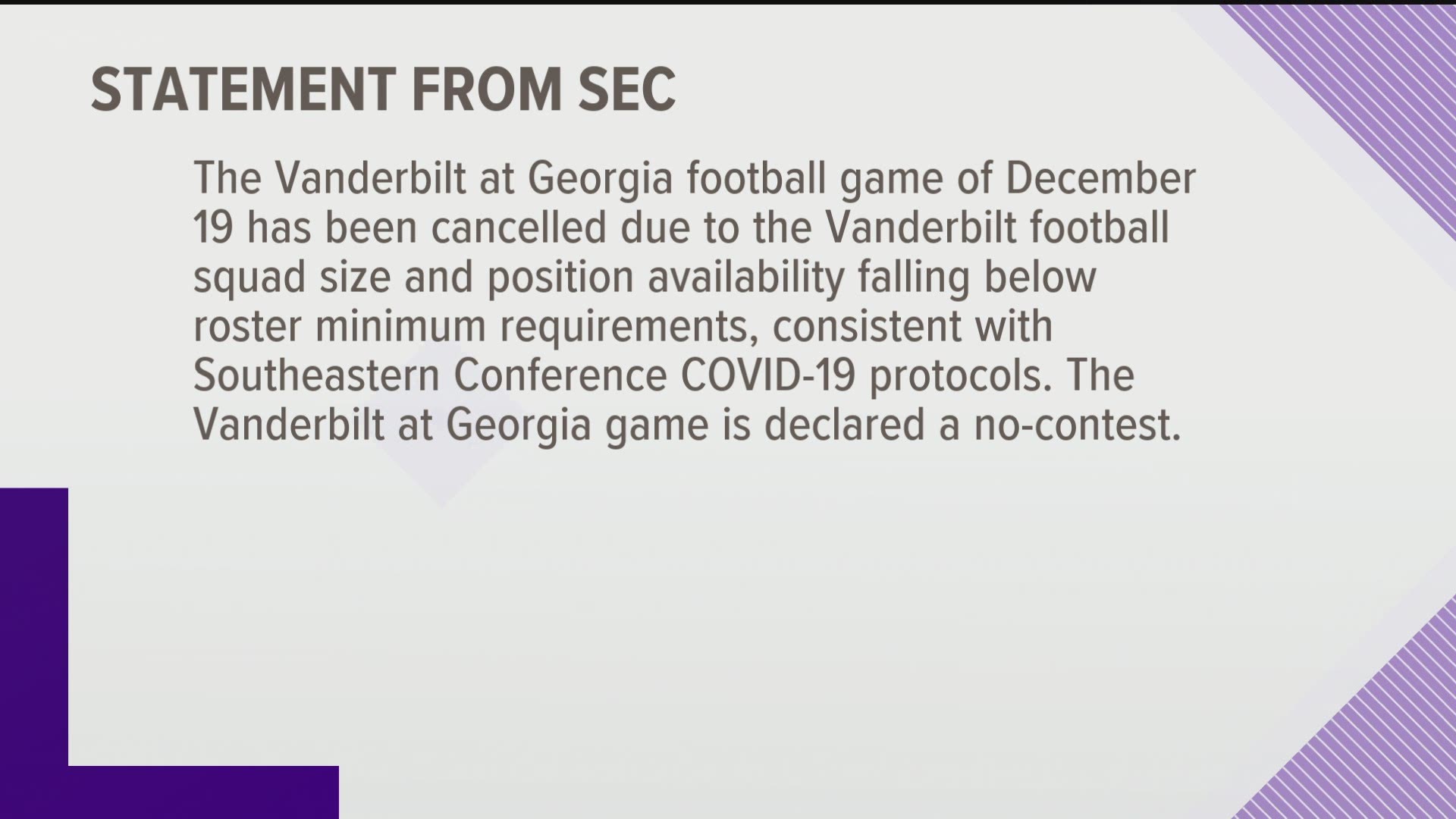 Kickoff is set for New Years Day at Mercedes-Benz Stadium in Atlanta at Noon.

The Bulldogs finished the season 9th in the College Football Playoff rankings. The Bearcats finished 8th and some questioned why they were not ranked higher - after finishing the season undefeated and winning their conference.

Cincinnati will be making its first-ever trip to the Chick-fil-A Peach Bowl, while this will mark Georgia’s sixth appearance in the game, but its first since 2006 when the Bulldogs defeated No. 14 Virginia Tech 31-24.

The question for Georgia is how many players the Bulldogs will have available to play, and how many seniors will be in Atlanta to take part.

Junior cornerback Eric Stokes is also thought to be opting out of the game, with more possibly to come.

"Both of the Cincinnati and Georgia programs have persevered through numerous challenges during this unprecedented season and rightfully earned bids to play in an elite New Year’s Six bowl game,” Stokan said.

Meanwhile in the College Football Playoff, Notre Dame was picked over Texas A&M for the final spot and will face Alabama in the semifinals.

Clemson will play Ohio State in the CFP for the third time.

The Fighting Irish and Crimson Tide will meet Jan. 1 at AT&T Stadium in Arlington, Texas, after a late pandemic-related relocation.

The Tigers and Buckeyes are set to play the same day at the Sugar Bowl in New Orleans.

The national champion of this college football season played through a pandemic is scheduled to be determined Jan. 11 at Hard Rock Stadium in Miami Gardens, Florida.