How UGA can end its national championship streak

There's a key piece returning for UGA that could help the Dawgs get over the hump. 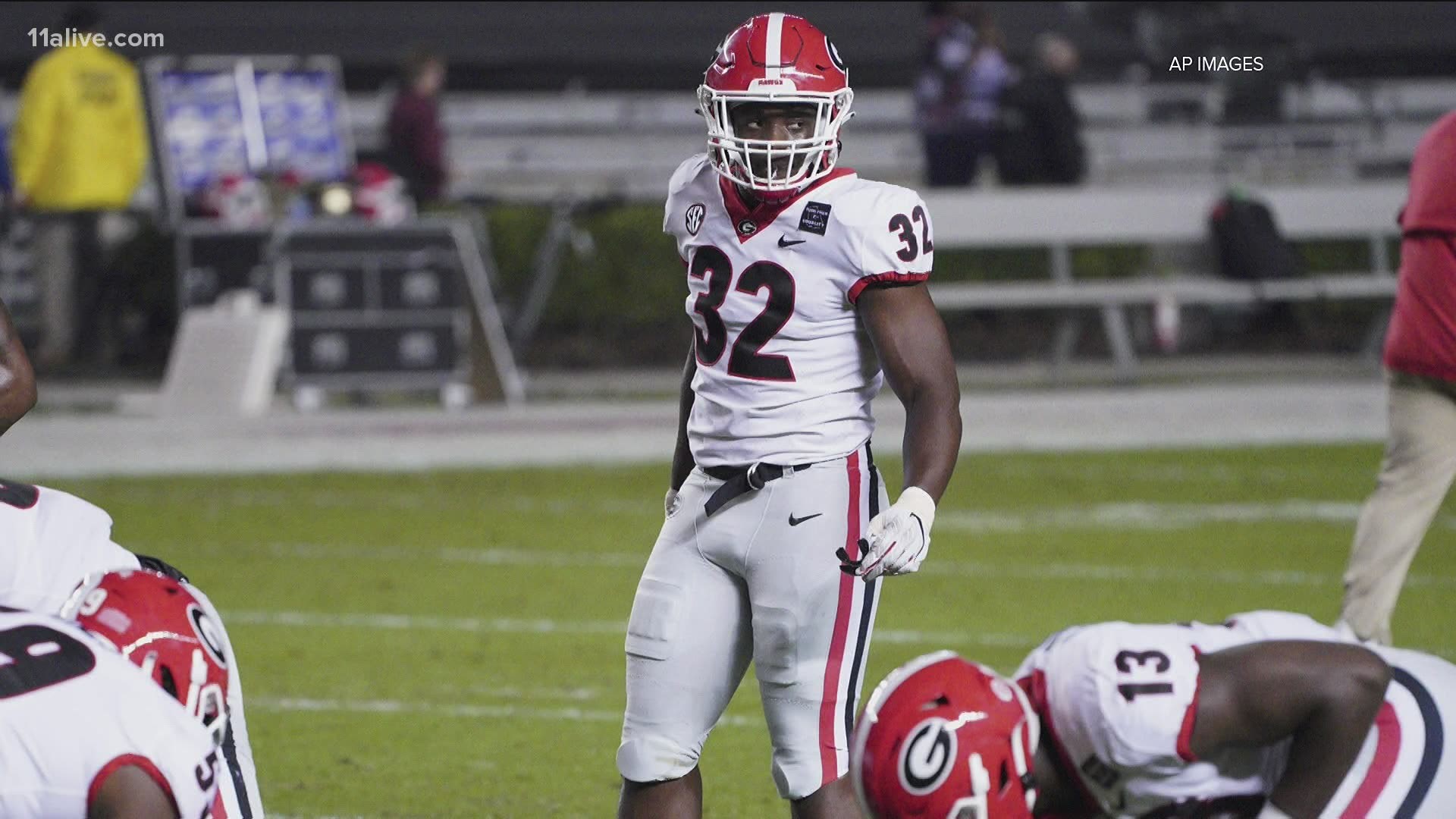 ATHENS, Ga. — Every streak has to end, eventually. Why can't Georgia be next?

The Georgia Bulldogs haven't won a national championship since 1980. Their latest appearance was in 2017 against Alabama with a dramatic double-overtime defeat that led to Tua Tagovailoa's rise for the Crimson Tide.

But after multiple years of top signing classes, including another top class in 2021, something's got to give.

“I have said multiple times in the last three or four years that I thought that drought for a National Championship was ending under Kirby Smart. And I still do,” Chris Marler of Saturday Down South said on the Locked On SEC  podcast Tuesday.

“I am not just saying these to appease Georgia fans. I live in Atlanta. That whole drought is coming to an end very fast. It is just a matter of time until you put that kind of talent on the field.”

Kirby Smart is entering his sixth year as the head coach of the Bulldogs, and while 2020 threw curveballs at everyone, it can't be an excuse for a program like Georgia. But now with consistency not only in the quarterback position coming, but also the coaching staff, Marler thinks Georgia can get over the hump.

“I said going into last year, if you want to beat Georgia, if you want that kind of success, you have to put on your big boy pants and deal with the same type of things that they deal with and a lot of that is coaching turnover,” Maner said. “The fact that Dan Lanning is returning on a year where you don’t have a pandemic and you don’t have to learn all these new ways to implement your offense. Georgia is going to be scary. I am probably going to regret this, but I think National Championship next year, or at least getting there against Clemson.”

Hear more about what it will take Georgia to finally end its National Championship Streak. Plus, an exclusive 1-on-1 with UGA linebacker Monty Rice where he dives into his NFL Draft preparation and lets us in behind the curtain on Georgia: