Many on social media shared screenshots of crowds of Bulldog fans with no masks. However, photos shared by school officials tell a different story. 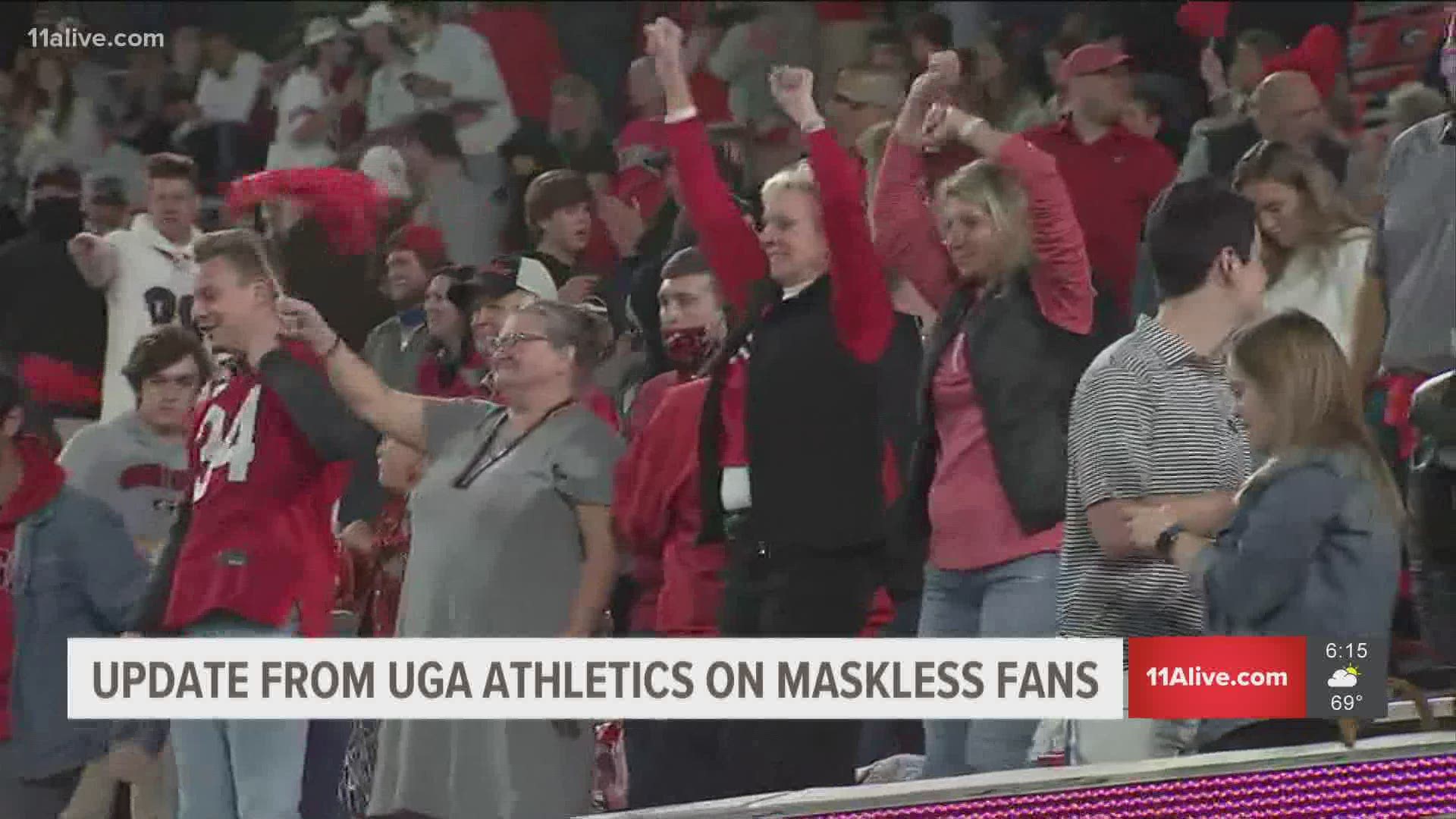 ATHENS, Ga. — Officials with the University of Georgia's athletics department are responding after social media flooded with concerns over crowds seen at the game without masks.

The 11Alive's sports team and others shot video at Sanford Stadium on Saturday of people in the stands watching the big game against Auburn which soon led to concerns on Twitter that there wasn't much social distancing and few - if any - fans were wearing masks.

Several screenshots of the stands popped up on social media soon after. Fans are required to wear masks when entering the stadium or moving around. However, they aren't required in student "pods" as long as social distance can be maintained.

11Alive spoke with a spokesperson for UGA on the phone Sunday. While neither the university nor the athletics department released a statement, they did share photos that showed several different perspectives of the stands.

Those photos showed signs of reasonable space between students and others during the game; though, the photos don't show when in the game they were taken.

A spokesperson said that a majority of students practiced social distancing and that they were generally satisfied with the fans' behavior that night.