UGA fans to see changes at next game after some seen without masks, not social distancing at home opener

Officials said the majority of fans wore masks and followed social distancing guidelines. However, the student section did give them some pause. 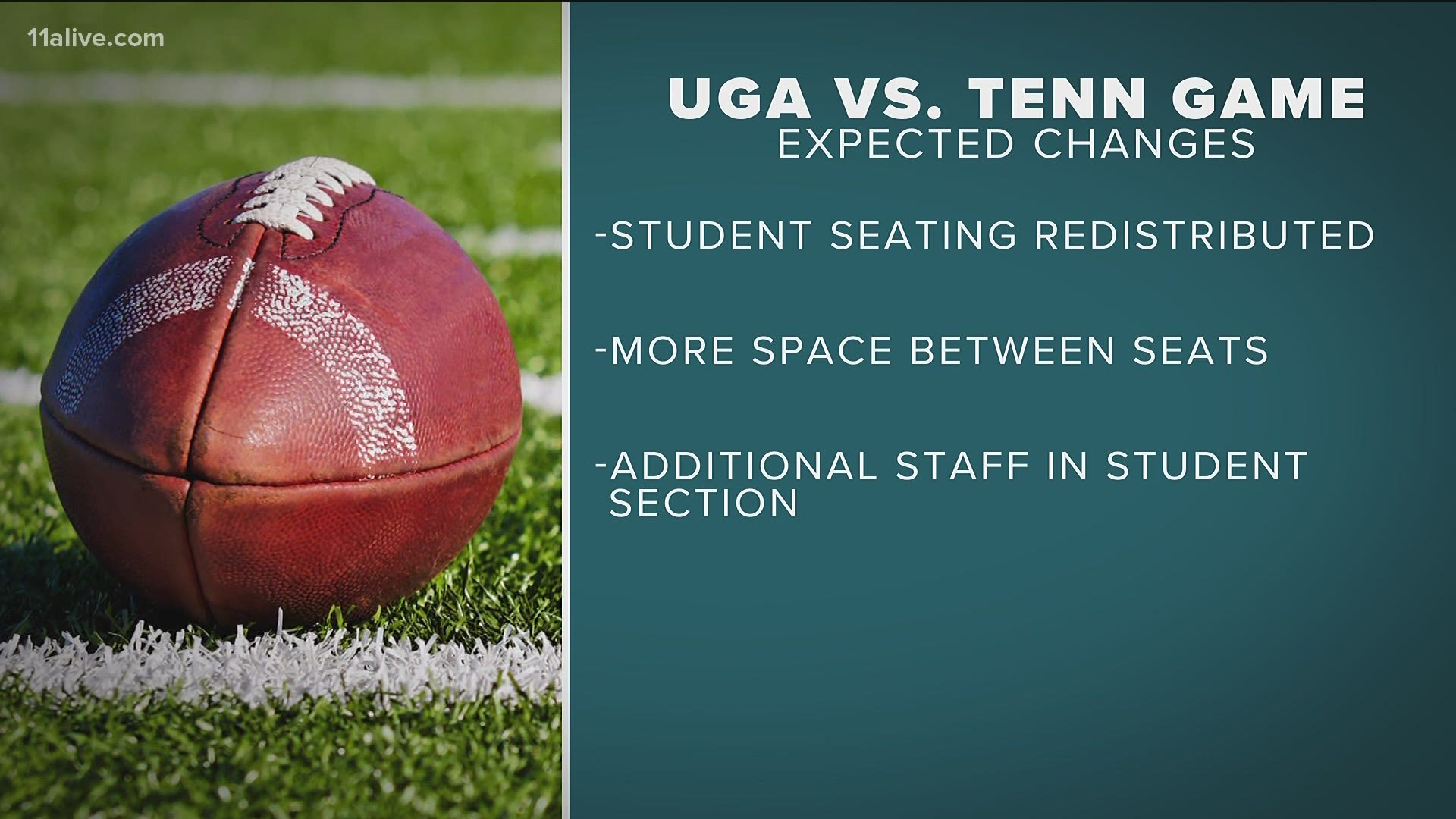 ATHENS, Ga. — The University of Georgia said football fans will see some changes inside of the stadium at this weekend's game against Tennessee.

This comes after the school reported more than 20,000 fans went to last Saturday's home opener and ESPN video captured some people not wearing masks and not social distancing.

"If they (students) just creep out a little bit and step over the edge of where they’re supposed to sit and enough of that starts to happen – people get out of their pods’," explained Brooks.

The senior deputy director said that the school plans to redistribute seating within the student section to allow for more space between seats. They will also be adding additional staff to enforce social distancing rules.

The expected changes have drawn mixed reactions from students. Eddie Carter, a member of the UGA band said he doesn't think the changes will make a difference.

"I think they’re just asking for something that isn’t going to happen. Unless they just kick them out of the game which I don’t they should – I don’t think it will change anything," said Carter.

Sophomore Bushra Huque said that she plans on watching the game on television this weekend to see if there is more mask wearing and social distance between fans.

"If looks much better, then I might consider going because my friends and I really want to. Game day is really exciting here on campus," Huque said.

UGA is organizing seats by pods which includes four people sitting together per pod. The university also said that it is following all SEC guidelines.