As football is gearing up for its return, one Georgia Bulldog is already making headlines for his off-the-field heroics, helping a family in need. 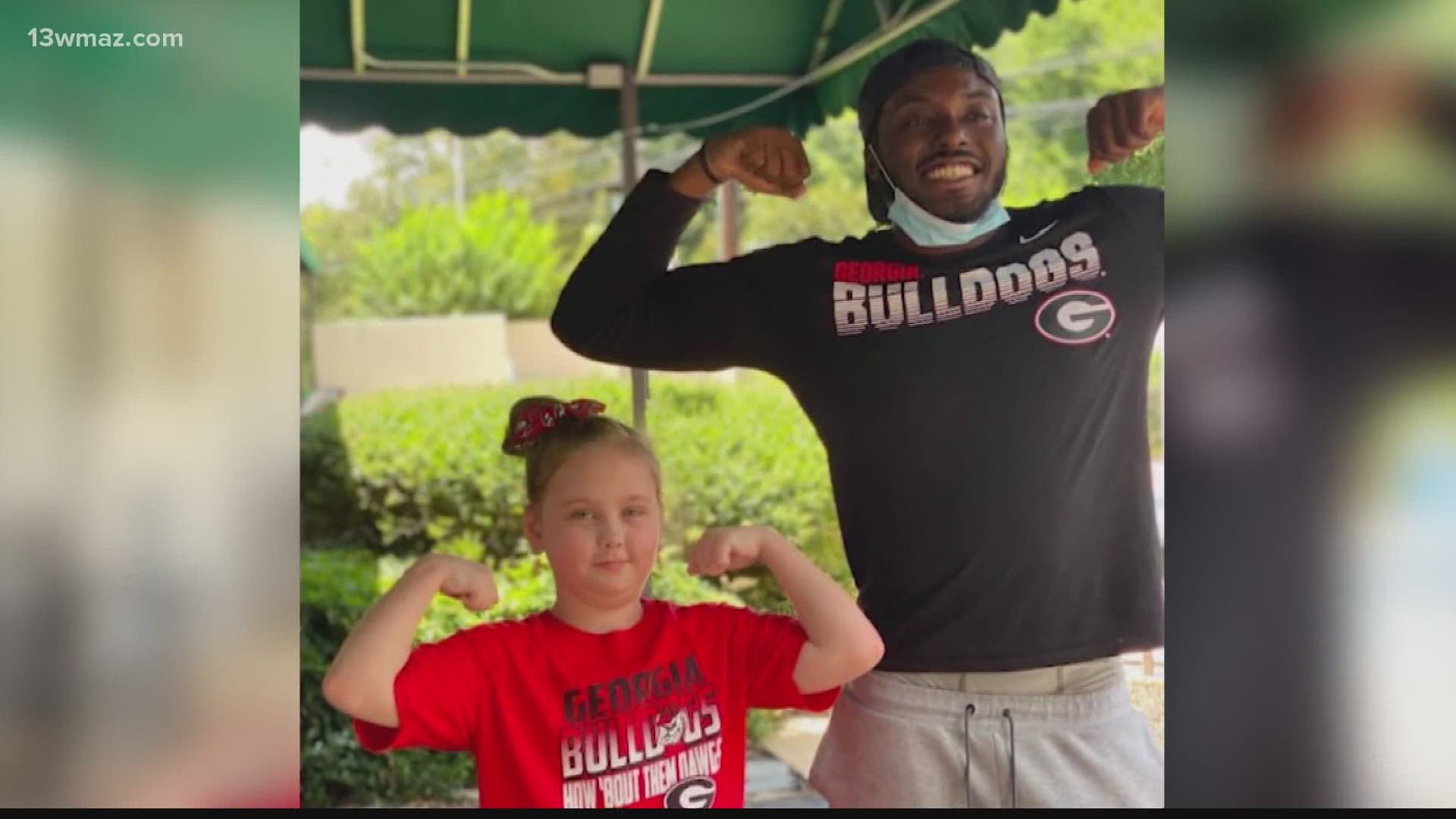 HINESVILLE, Ga. — 10-year-old Destiny Maney was born with a heart defect that recently required immediate attention with surgery but was delayed due to COVID-19 safety precautions.

“Destiny was born with two holes in her heart,” explains Destiny’s mother Ashley, “And an abnormal piece of tissue that was actually supposed to grow to cover the second hole that didn’t close.”

Of course, as many 10-year-olds would be, she was nervous, so her mother wanted someone to help comfort her child so she could trust the process and attack the day.

“When they showed up, literally everybody had a smile on their face,” says Destiny’s grandmother Heather Griffith. “It took the pressure off. We didn’t have to think about the surgery. It was almost like they rolled up and it was magic for a little while. Destiny had a chance to just meet her hero.”

Destiny and her family are avid Georgia fans, and since they live in Hinesville, it’s only natural to follow LeCounte, who is also a Hinesville native. Richard’s mom met Destiny’s mom, and that’s how the magic began, but it hasn’t stopped there, even during Destiny’s recovery.

“It’s been kind of cool because over the last couple of weeks, she’s been talking to Richard and he’s been encouraging her to be 'Georgia strong,'” says Griffith.

Destiny’s mother added, “He gave everyone peace that day. Just an amazing guy on the field and off, and Destiny sees that, too. They are best buddies now.”

Here’s the Central Georgia connection -- Destiny’s grandparents live in Warner Robins and are helping their grandchild and family recover there from the surgery before they return home to Hinesville. You can best believe, though, that Bulldog games are in their near future -- of course, on the TV screen -- and plans to go between the hedges to cheer on LeCounte and the Dawgs.