Antwann Hill Jr. is just 13 years old and an 8th grader who got an offer from UGA to play college football as part of the Class of 2025 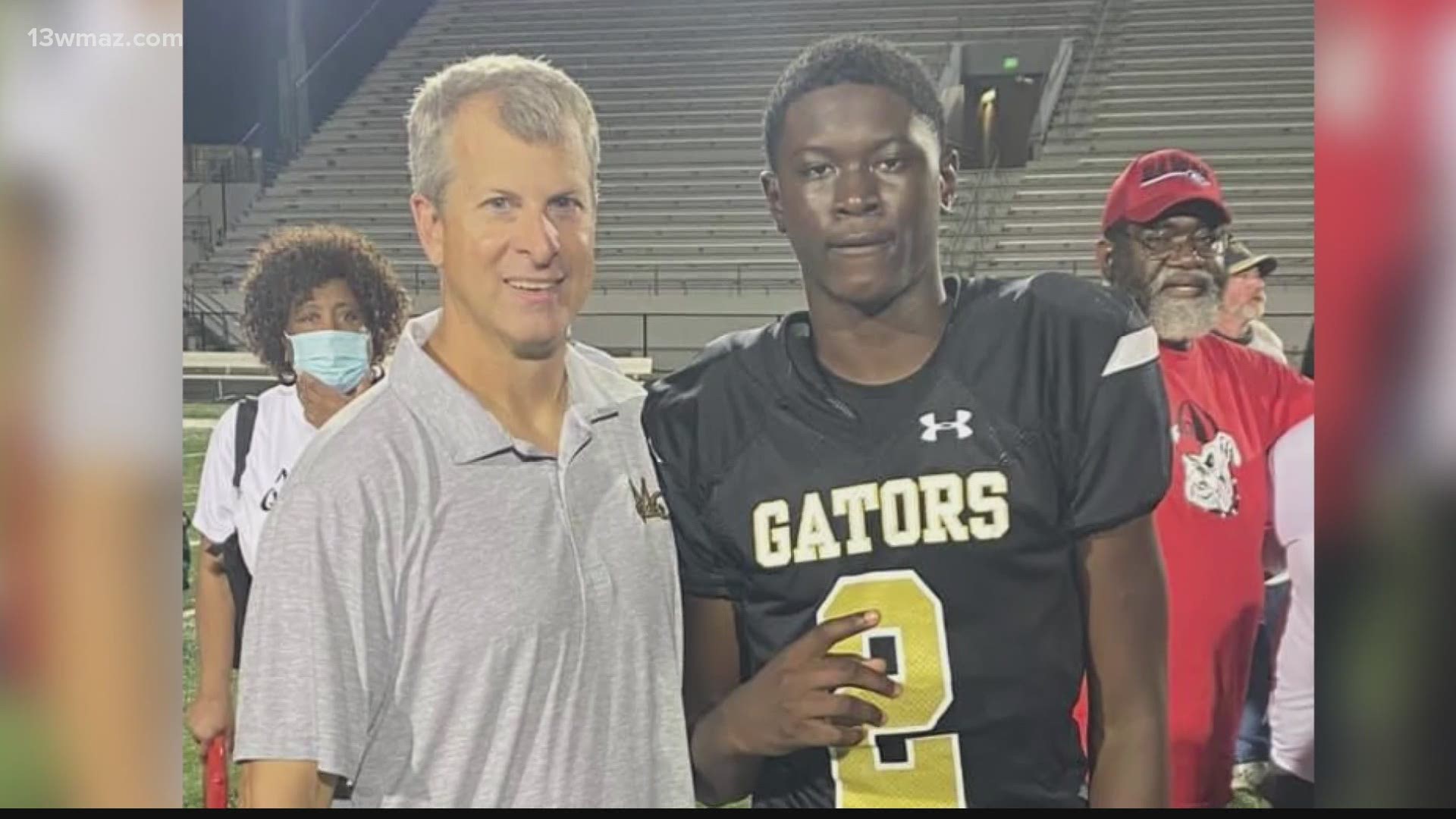 KATHLEEN, Ga. — It's news that many Peach State high school football players dream about -- getting a D1 offer to play for Kirby Smart and the University of Georgia -- but one quarterback from the International City didn't have to wait until high school.

Antwann Hill Junior comes from a family rich in football tradition. His father Antwann Senior played for Macon County High School and won a state championship in 1996. His uncle Derrick played college ball at Valdosta State, winning a national title for the Blazers, and his uncle Trey Hill is an All SEC offensive lineman for UGA. Now, AJ is next in line to follow in their footsteps.

"We know all the hard work we put in -- waking up at 5 a.m. in the morning, going to camps, and getting off work, not even getting sleep to go back to work the next night, stuff like that. It is what you put in it," said Antwann Sr. "You gotta put in work yourself and you can't expect the coaches to do everything. You actually have to get up and grind, just like your child has to grind."

In August, Antwann Junior received a bit of surprising news. He got an offer from UGA to play college football as part of the Class of 2025. Antwann is just 13 years old and an 8th grader at Mossy Creek Middle School.

AJ said, "I was excited. I didn't even believe it at first, really."

"When he called, I thought he was just calling to say something about Trey or something, but he said, "No, I'm calling about Antwann. I want to extend an offer to him. Anytime he wants to come to a game, let us know -- we want to put him on the list. He's just a priority to us.' It was really a surprise to me. I didn't expect it," Antwann Sr. said.

Unlike his dad and uncles, Junior doesn't play in the trenches. Instead, he is a 6'3" pro-style quarterback who is continuing to grow and develop under center, and although Antwann still has time before he's playing between the hedges or even on Football Friday Nights, the talented phenom says he still has work to do.

"Just getting bigger, faster, strong, and being able to read coverages and just learning the game of football, stuff like that," AJ said.

Antwann and the Mossy Creek Gators just played for the county championship last week. AJ has been attending Georgia camps since he was about the 5th grade, which is how he and Kirby developed their relationship.

AJ hasn't been on the field since he led his teammates to an 8th grade county championship last month. He's been resting recovering from injuries but getting ready to play in a couple of all-star games during the holiday break, but when it's time to play high school ball, he says he's ready to be a Houston County Bear.