Last week, “The Five” came together for the first time in 50 years at the College Football Hall of Fame in Atlanta for a tour of the exhibit 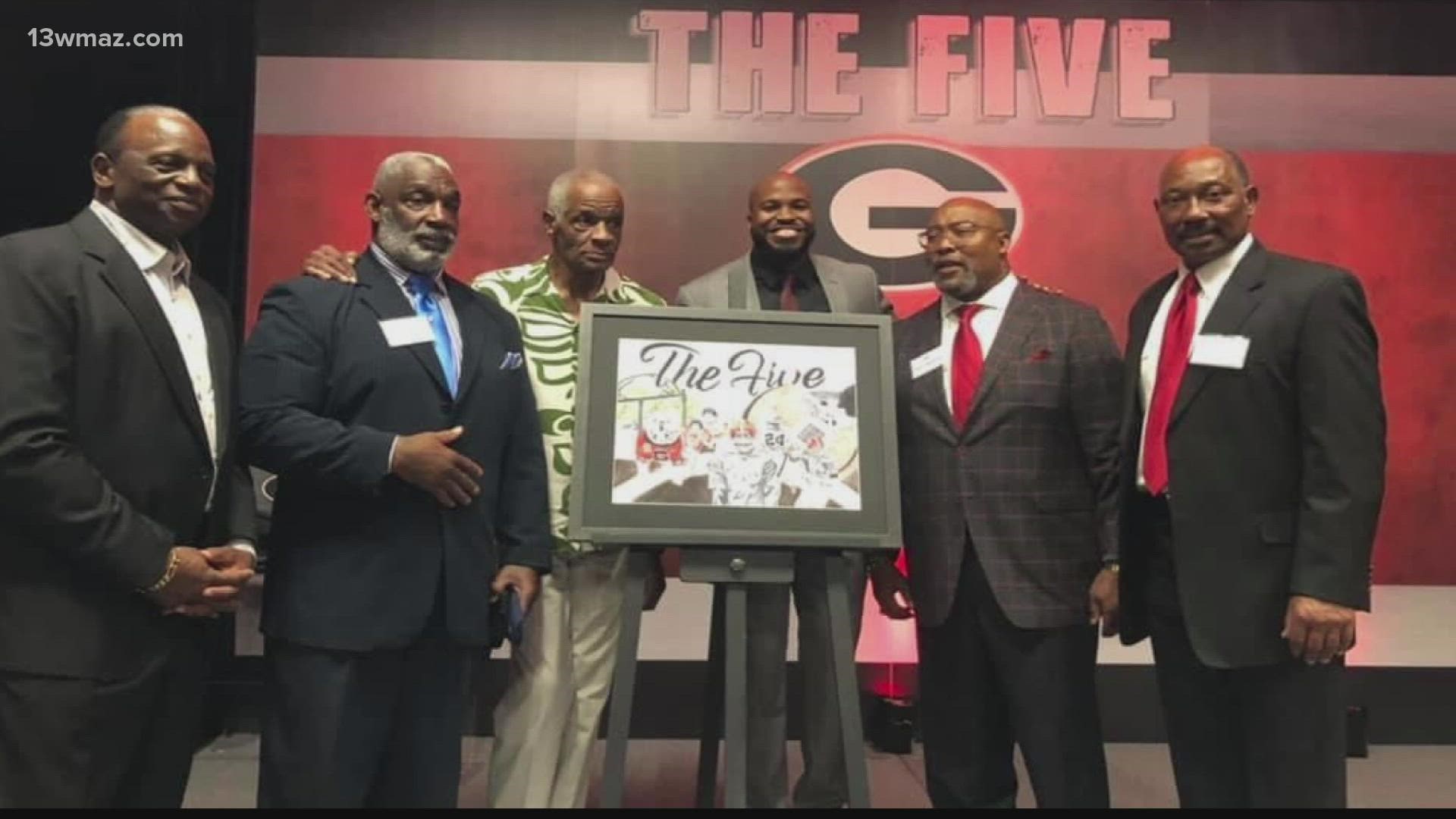 50 years ago; Richard Appleby, Horace King, Chuck Kinnebrew, Clarence Pope, and Larry West entered the University of Georgia’s campus with dreams of making it big on the gridiron. Those dreams turned into a history-making reality.

Known as “The Five,” they became the first African-American players to earn football scholarships to UGA in 1971. West, a native of Montezuma who played his prep football in Albany, says this is a moment he and his teammates will always remember.

“It’s a real joy to be able to be honored,” said West. “Honored in a way which was not expected and certainly not anticipated 50 years ago. We certainly couldn’t have thought this far ahead to know that the university would do the things they have done for us this weekend.”

Last week, “The Five” came together for the first time in 50 years at the College Football Hall of Fame in Atlanta for a tour of the exhibit in their honor filled with memorabilia from their playing days in the Athens.

With former head coach the legendary Vince Dooley also in attendance, “The Five” relished the moment.

“So absolutely grateful to be a part and to have been a part of what was, what is, and what is yet to come. And to anybody who might be listening; you can have hope, you can have dreams, and dreams do come true,” said West.

And to further celebrate the weekend, “The Five” were immortalized through artwork by a fellow Georgia football alum, Quintin Banks.

Banks, a Houston County graduate and former Bears standout on the gridiron, presented his artwork in honor of the first five African-American men to play football for the University of Georgia. It was another tribute that humbled the trailblazers that will help recognize them for many years to come.

“So now that this weekend has come and we’ve honored the past, now let’s build toward the future,” said West.

A monument in Reed Plaza next to Sanford Stadium was unveiled in their honor.