The Major Leaguer was the first ever to bat for the Washington Senators, now the Texas Rangers 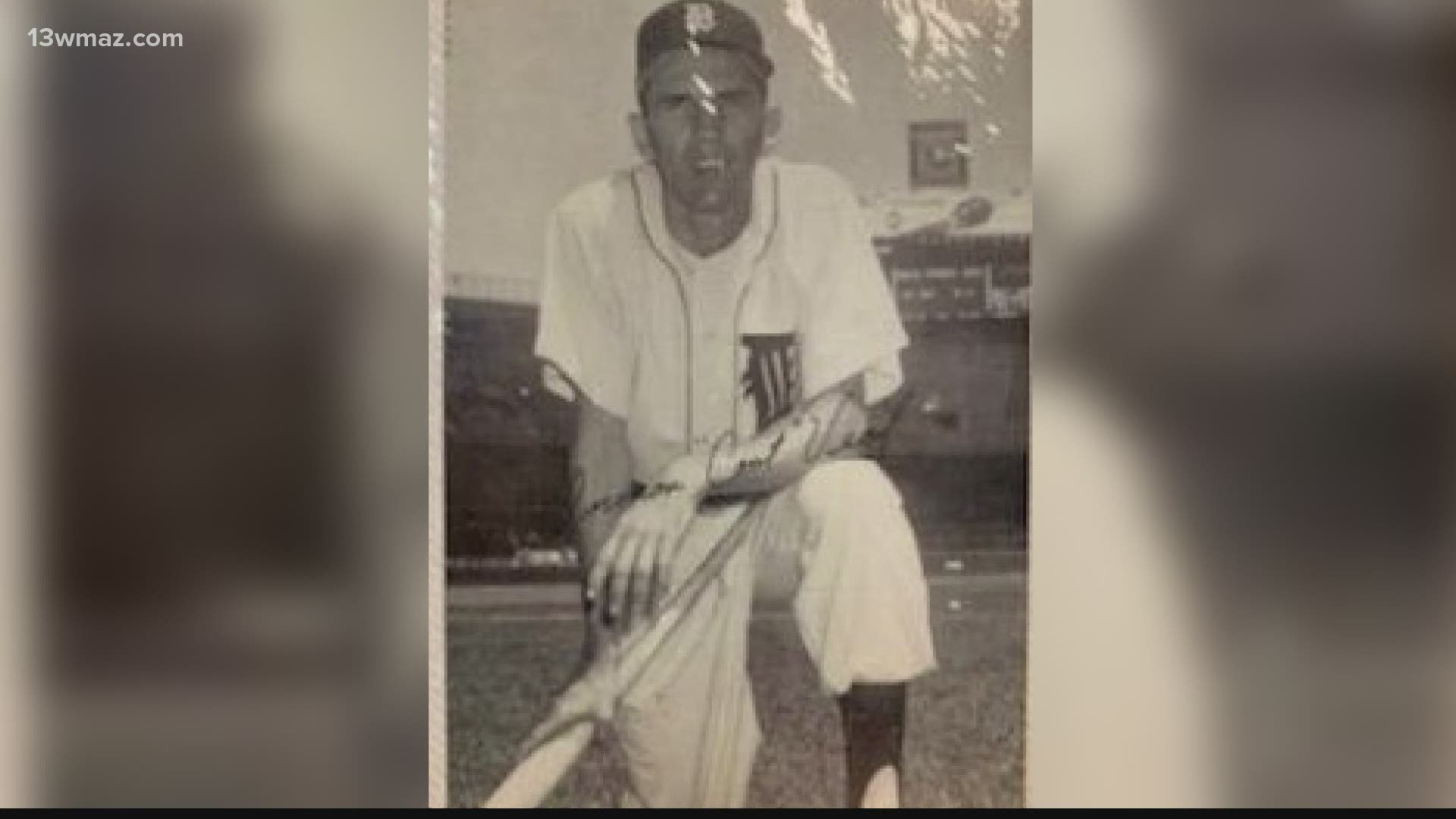 MACON, Ga. — If you knew Inman "Coot' Veal, then you know he was a baseball player.

"We asked him questions and then he would start telling you stories about playing against Mickey Mantle and Ted Williams and he got traded to the Pirates during spring training and was able to play with Clemente," said Barry Veal, Coot's son.

The native of Sandersville was a pioneer, a six year Major League vet from 1958 to 64. He played most famously for the Washington Senators, where he was the first ever to come up to bat.

"My mom had a scrapbook and it had a picture of JFK throwing out the first pitch that day. I saw that he was the leadoff hitter that day and got the first hit, scored the first run," Barry said.

Coot's passion for baseball ran deep. He played long before the days of the fat paychecks players see today.

"He said they played for the love of the game not the money," Barry said.

Coot passed that love to his sons. Barry and Brannen both played collegiately. Barry played in Macon for Mercer University, while Brannen followed his father's footsteps at Auburn. Inman and Barry are members of the Macon Sports Hall of Fame and Brannen will be inducted this year.

"I just wish that Dad had been around to see him go in. It means a lot," Barry said.

In the Veal family, baseball is in the blood.

"I can't ever imagine doing anything else with my life other than coaching and that was because of him," Barry said.

Coot Veal passed March 14 at the age of 88 from natural causes. He not only played his college baseball at Auburn, but also basketball. Barry says that Coot was a big golf fan as well and if he was still alive would definitely be soaking up all the Masters Tournament coverage in Augusta.