Both high school teams will suspend practice for at least one week. 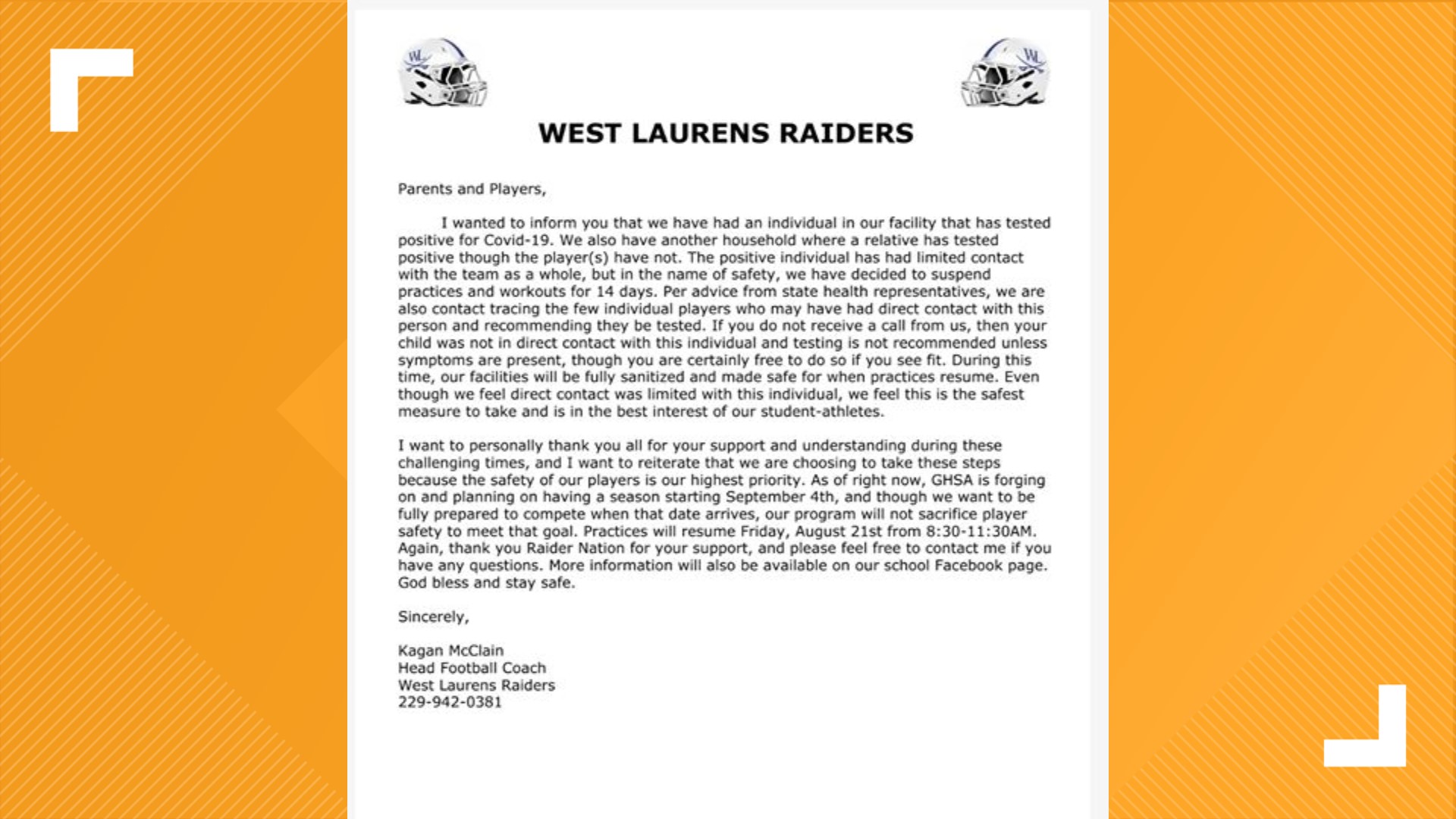 LAURENS COUNTY, Ga. — Two of the major high school football programs in Laurens County will suspend football practice for at least one week due to COVID-19 concerns.

Earlier this week the City of Dublin was declared a 'red zone' for coronavirus. This means new cases in the county are above 100 for every 100,000 people, and positive test results are more than 10 percent.

Nick Collins, one of Dublin High's assistant coaches posted to his Facebook page that the team is suspending football practice for the week of August 10 to 14 out of an abundance of caution.

They haven't had any positive cases, but want to be safe.

West Laurens football is done for the next two weeks.

Coach Kagan McClain released a statement that said one person tested positive in the Raiders' facility, but is not an athlete.

Separately, one athlete's household had a positive test, but the athlete was not infected.

The Raiders are suspending practice until Friday, August 21. Two weeks before their first game on September 4.

The school will sanitize their facilities while they quarantine.