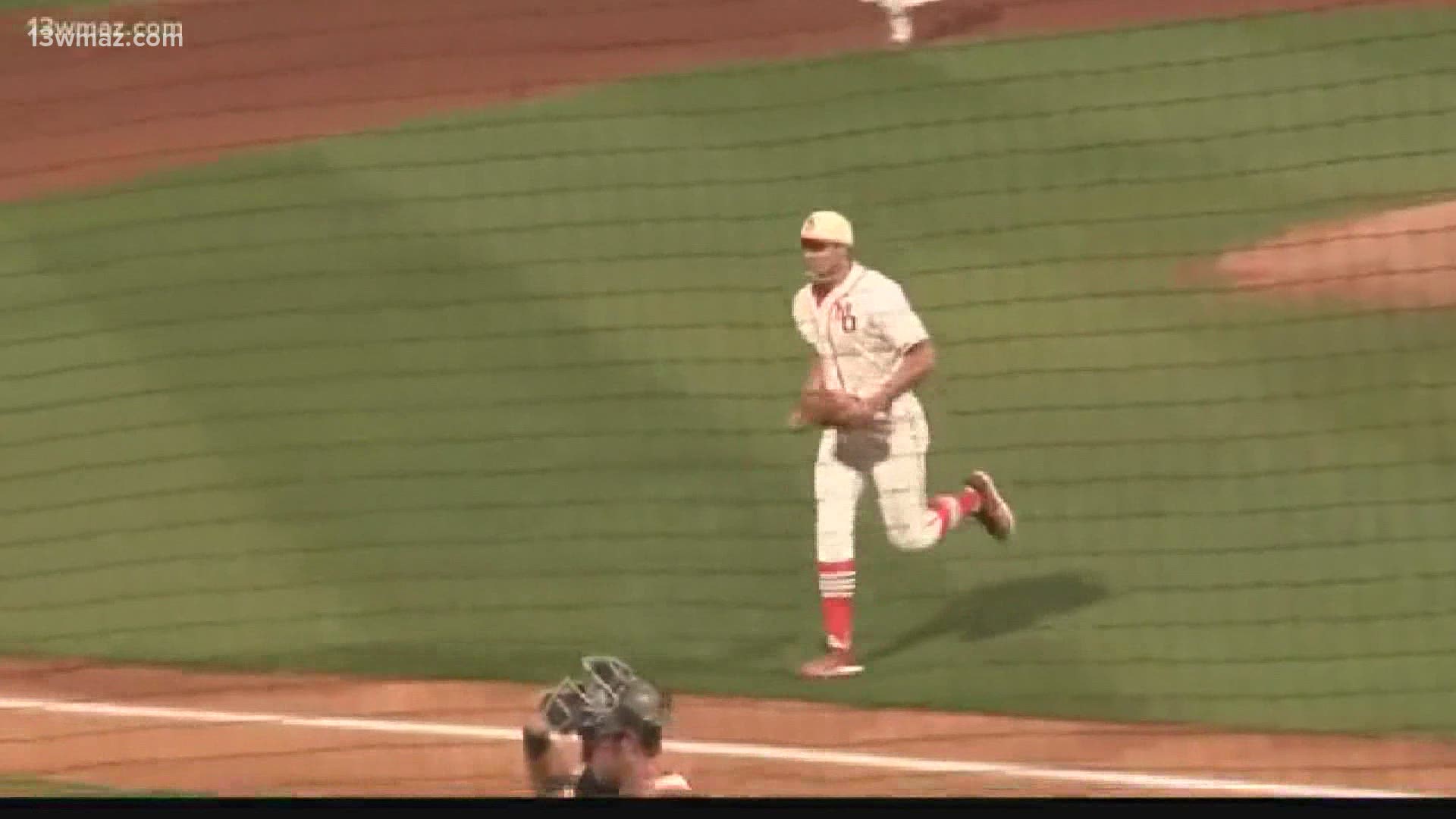 MACON, Ga. — The Mercer Bears are close to the end of their regular season and gearing up for the playoffs. Two members of the squad could walk away with some postseason hardware in the coming weeks.

Much of the Bears 33-18 record can be contributed to Garett Delano and RJ Yeager. Both players have been named postseason award semifinalists.

Delano is on the John Olerud Two-Way Player of the Year Award watch list. He's batting .339 on the year with eight homeruns and 45 RBI. On the mound he has a 5-1 record with 13 total appearances. He's struck out 56 batters and only allowed 14 walks.

RJ Yeager is a semifinalist for the Brooks Wallace Award which honors the top shortstop in the nation. He's batting .314 with 13 home runs and leads the team with 50 RBI. His fielding percentage is .970 with 60 putouts and 131 assists.

Mercer won eight of their last 10 games and play Georgia Southern Tuesday night in their final regular season home game. They'll finish the regular season with a road series against Wofford beginning on May 20.