The rings feature the letters RTB for 'Run the Ball.' The Fighting Irish were the third best rushing team in the nation. 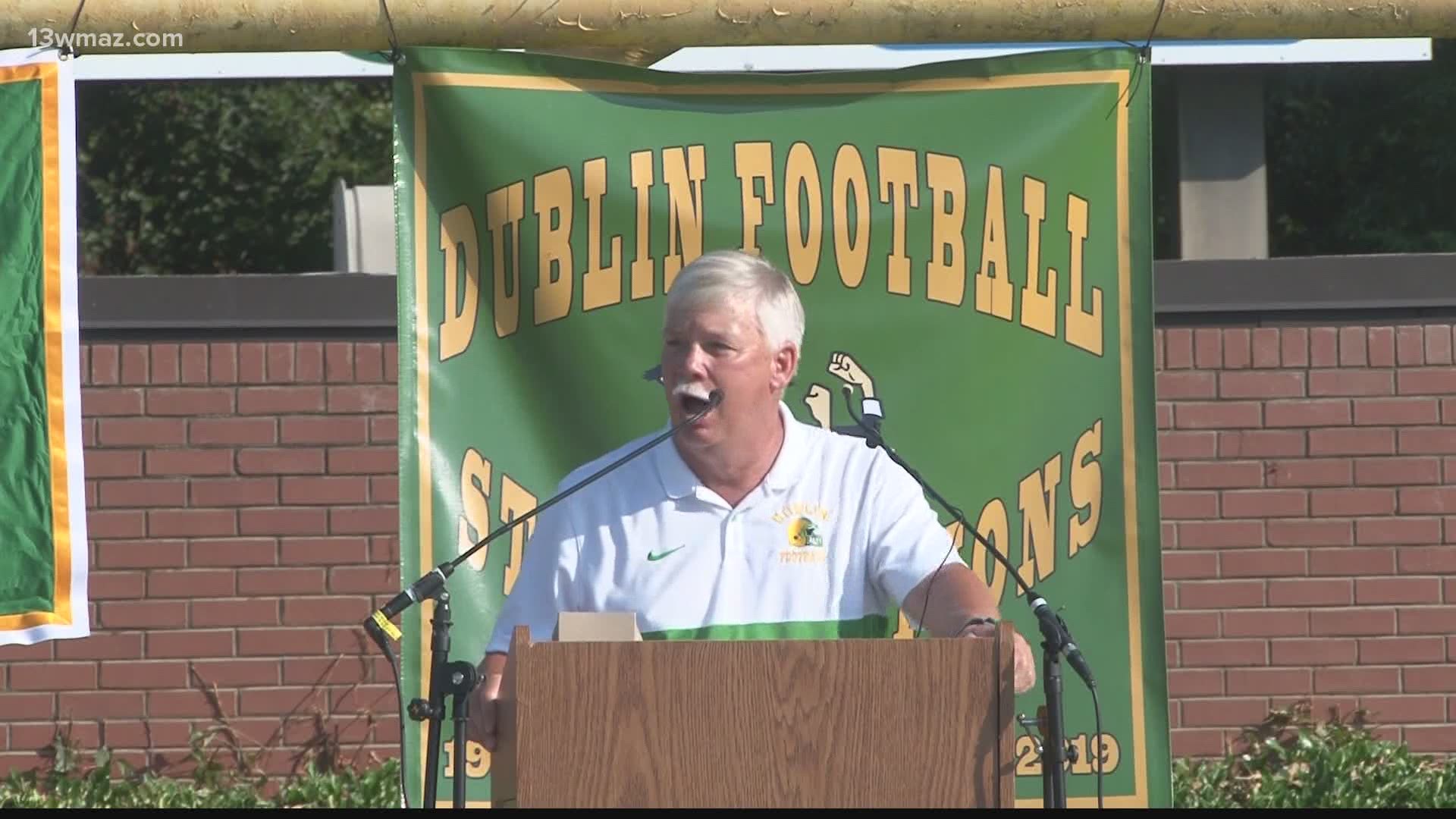 DUBLIN, Ga. — Friday was a special day for the Dublin Fighting Irish family.

The football team finally received the fruits of their labor, their state championship rings after a historic season.

"Can we give just a small round of applause to your 2019 state champions," Head Coach Roger Holmes said to a crowd of parents and friends.

It's been more than a decade since the Fighting Irish had won a title. 2006 was their last taste of glory.

"This is a proud town. It's people are proud of their school I tell people. It's hard to be the athletic director here because they expect you to be good at everything," Holmes said.

Dublin football was more than good in 2019. They were one of the best teams in the nation, named #24 by MaxPreps small schools and mostly because they did one thing exceptionally well - run the football.

The Fighting Irish put up 6200 yards on the ground, third in the entire country. The three-headed monster backfield featured two 1,000 yard rushers in Marcus Adams and Zion Kemp and one 2,000 yard back in JaQues Evans.

"We had brotherhood really. Everybody had to come on one accord," Evans said. "We had to make sure our line was straight. The backs made sure we were straight in the backfield and we just came together to play as a team."

Dublin went 14-1, tied for the most wins in school history. When it came time to accept the rings, all the players were thankful for their village.

"I love our support, I love the fans and all. They push us to be great," Kemp said.

The rings are a thing of beauty. They're gold, with the Fighting Irish emblem on the front surrounded by jewels and the words 'state champions.'

On one side, the ring has the state of Georgia with Dublin in the middle, the other, the players' names. On the bottom are the letters RTB for 'run the ball.' Zion Kemp made the phrase famous after the state championship game.

"An awesome feeling man. Been dreaming about this since I was a kid. I always wanted to get a championship and get a ring. I finally did it my senior year," lineman Kahlil White said.

"Hard work pays off. When you put in work, you get something gold out. It feels good to finally put it on my finger after the hard work, a good season. It just feels good," Evans said.

"I've been thinking about it ever since middle school," Kemp said. "We won it in middle school and we said we were going to do the same thing when we got up here and we did it."

The rings were not cheap. They cost $25,000. The money was raised by the Dublin football booster club and the Fighting Irish community in just three days. That's bleeding green and gold.

RELATED: Macon Bacon to hold open tryouts for a spot on the team