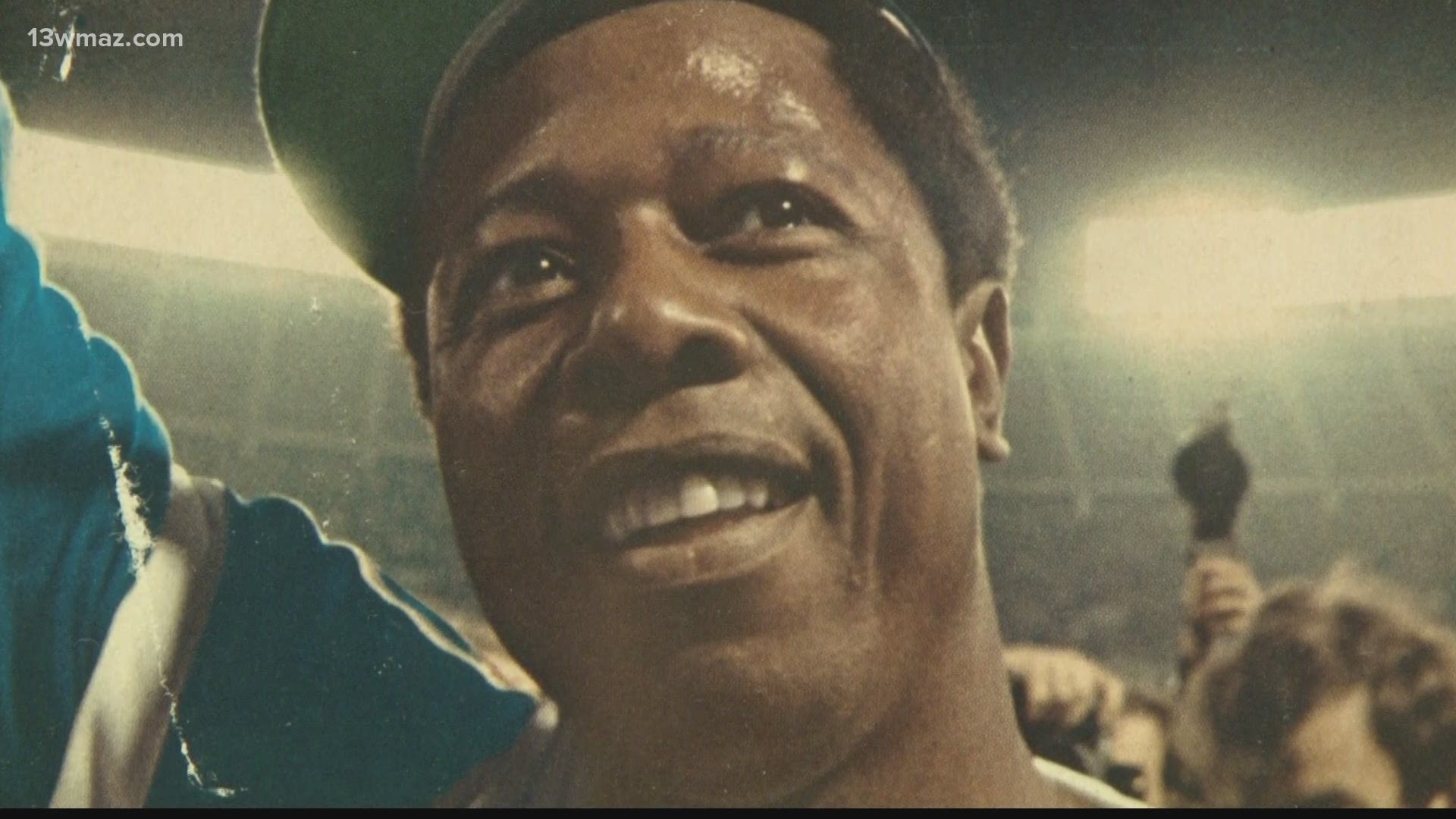 MACON, Ga. — To many around the world, Henry "Hank" Aaron was "Hammerin' Hank," the sports icon who broke Babe Ruth's homerun record, but here in Georgia, he was more than that. He was an icon, and to understand what he meant to Georgia can't quite be quantified.

Treadway, who is also a Georgia Sports Hall of Famer, met Hank Aaron for the first time in a scary circumstance, trying to make the team roster after being traded from the Cincinnati Reds.

"[Aaron] was in the organization at the time. [He] let me know the Braves needed me that they came after me for a reason. I think, right after talking to him, I think I got four hits in a training game and it did, it set me at ease, made me feel better about the situation," Treadway said.

That's how it was with Hank Aaron. Despite at one time being the homerun king, he always made people feel comfortable.

Jim McLendon, who runs the Georgia Sports Hall of Fame, can recall the accolades like anyone else -- 755 career home runs, 25 All-Star appearances, 3 Gold Gloves, a championship, and a MVP. He says people come from all over to see Aaron's exhibit.

McLendon remembers watching the game where Aaron hit that legendary homerun and all the attention it brought to the Braves organization.

"Here's a guy from Atlanta that had mediocre teams before then for a long time. He just broke the homerun record, he broke the Babe's record. It brought a lot of recognition to the Atlanta Braves," McLendon said, but beyond the all the accolades, Hank will be remembered for his philanthropy, his work in civil rights and his leadership.

"If you look at the world today and our country, he can't be replaced. I think we need him here, today," Treadway said.