He place third in the 8-and-under shotput national event in Houston, TX. 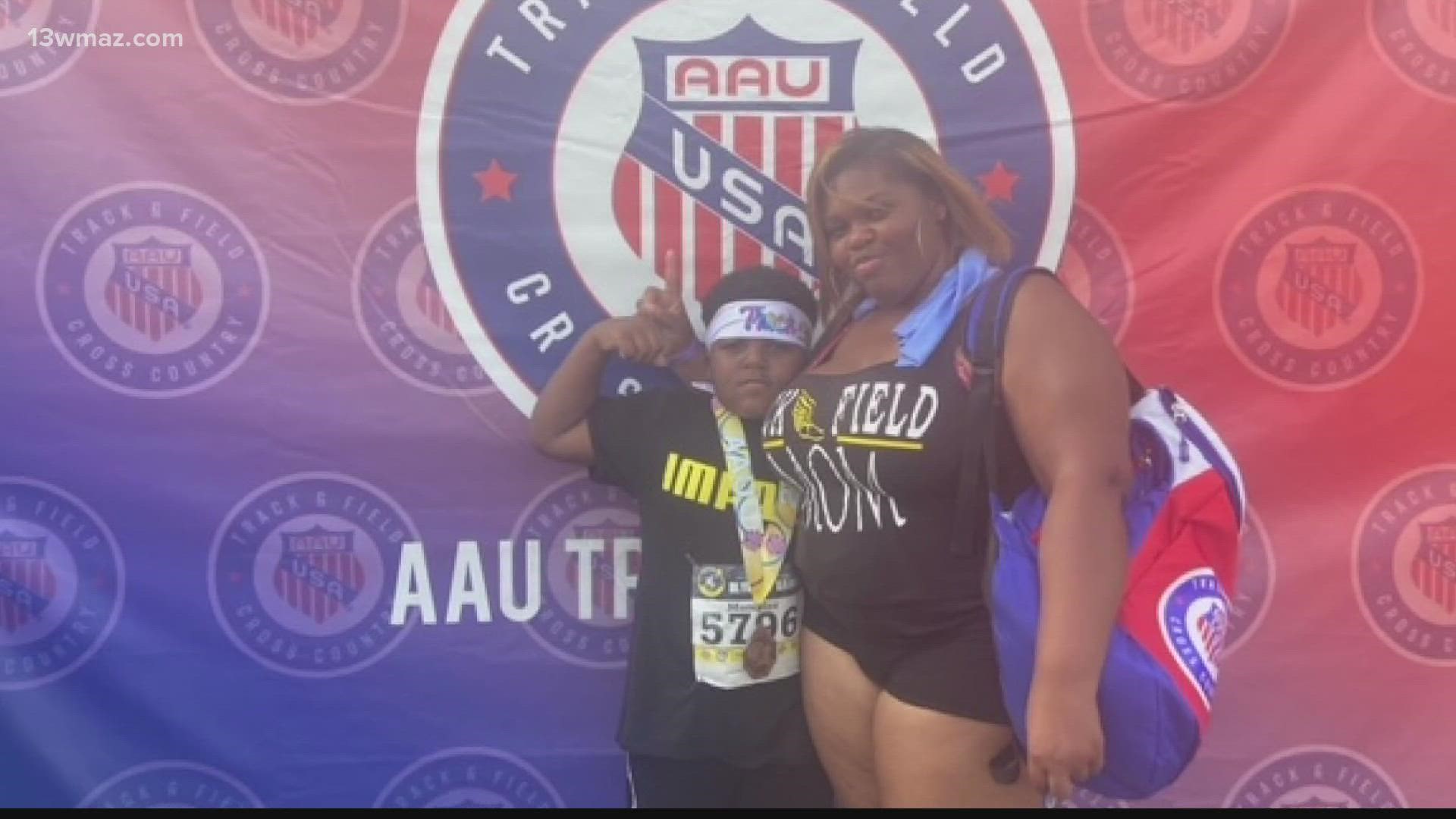 WARNER ROBINS, Ga. — Recently, scholar athlete Levi Mombler represented Central Georgia on the national stage. Mombler qualified for the Jr. Olympics in the 8-and-under shotput event, and went on to place third in the nation, throwing a 25.02.

Mombler is also a member of the Middle Georgia Impalas track team, in addition to playing football for the Apex Gorillas. On top of it all, he maintains a stellar straight-A record in the classroom.

"His potential, just has not been tapped into yet. The sky's the limit for him," head coach Ronnie Jackson said. "So we're really excited about Levi. He's a great kid, great attitude. Coachable, that's the number one thing, respectful. And that's how we try to teach all of them."

Mombler's first track coach initially suggested that he try out for shotput, and in the time since, he has quickly become one of the best his age across the country.