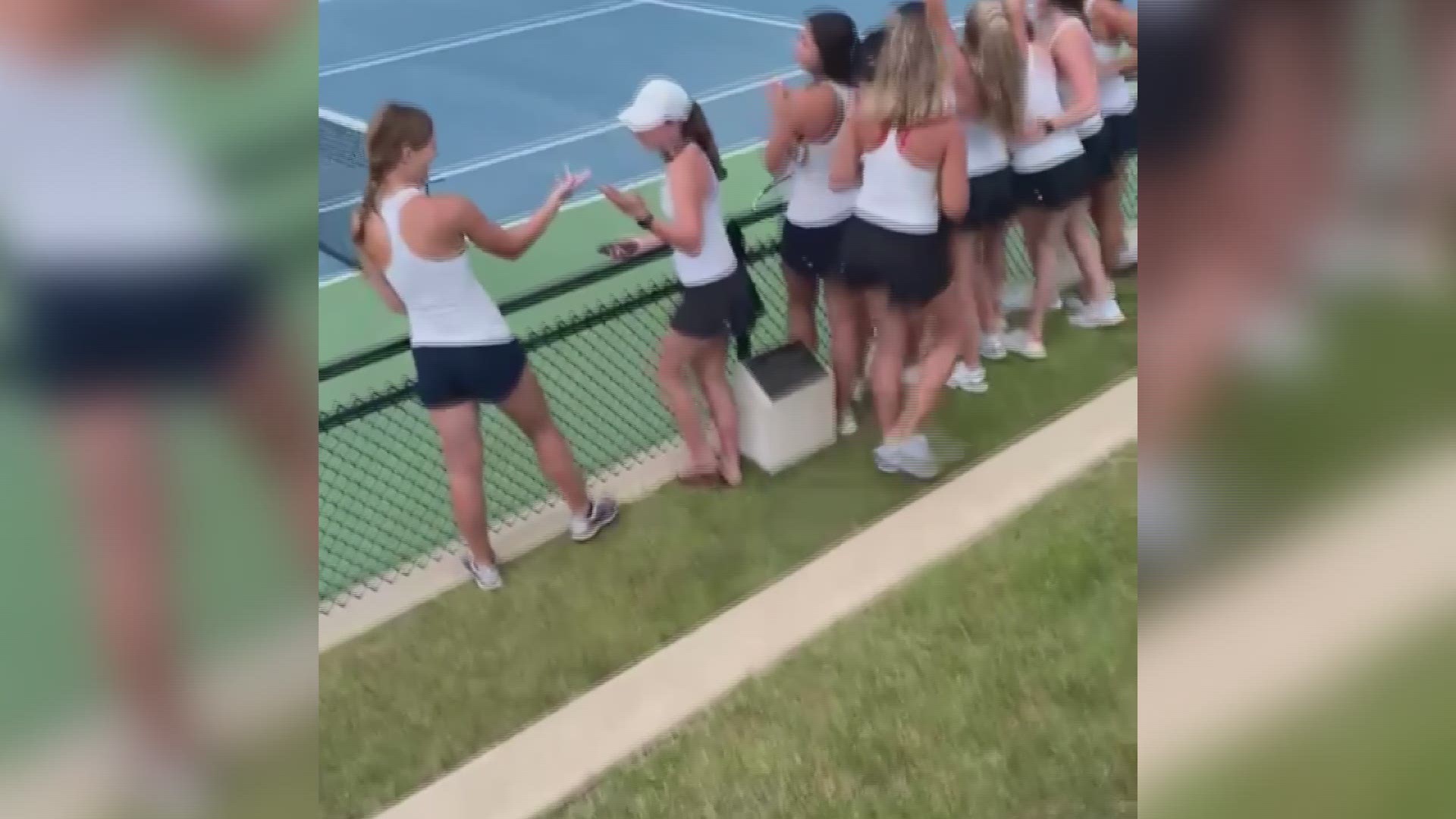 The red and black are 17-0 this year and region champions for the first time since joining the GHSA a decade ago. The Vikings are led by four seniors, but everyone on the team have been big contributors.

A win would make them the first state championship girls tennis team in FPD history since joining the GHSA.

"I think that we've done a lot of work and Coach [Derek Lashley], and Coach [Carl Hodge] and Coach [Rob Danner] really want this for us so I think it would be really cool to make them proud and make all of our hard work pay off," said freshman Kiya Israel.

The Vikings will play Mt. Paran Christian School from Atlanta. Coach Lashley said the match is a long time in the making.

"For six years, I've been literally waiting on this team. These middle school girls, they were so talented. I said, 'This is going to be our year.' I've told everybody since last February this was it and so far I've been right.

The match will be held at the Rome Tennis Center at Berry College. Also in the mix are the Stratford Boys tennis team. They'll try to capture their fifth state title since joining the GHSA in 2015.