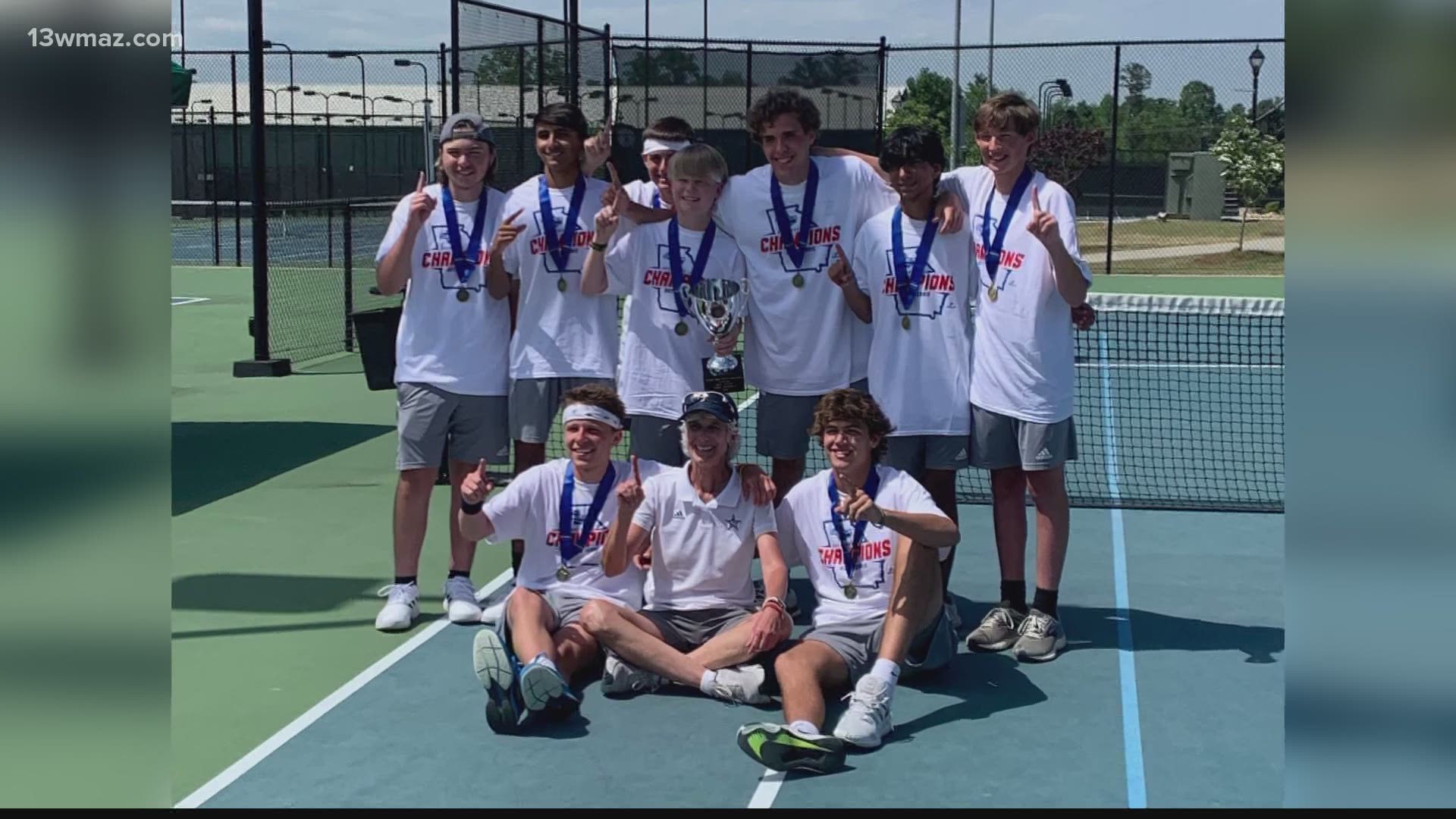 The route to state was tough, FPD had to beat the defending state champs and state runners up to even make the finals, but all the glory belongs to the red and black now.

"These girls have been with me for some quite some time and we've had some great runs," said Derek Lashley, head tennis coach. "Back to the final four two years ago. We thought we'd be the team to beat last year, but COVID hit. We stuck it out and worked hard this year and these girls had an amazing, amazing tournament."

FPD finished the year a perfect 18-0.

Not to be outdone, Stratford Tennis will also bring home some hardware. The boys team beat Wesleyan, 3-1 to claim the championship.

All three wins were on the singles side. Seniors Thomas Brewer and Will Fackler led the way and freshman Cam Douthit finished it off in straight sets.

Stratford claimed their 11th title since 2008 and their fifth since joining the GHSA in 2015. Head Coach Jaime Kaplan said they felt like they should have one more on their resume.

The finals were played at the Rome Tennis Center at Berry College.