The Yellow Jackets kick off against Central Florida this afternoon at 3:30 p.m. 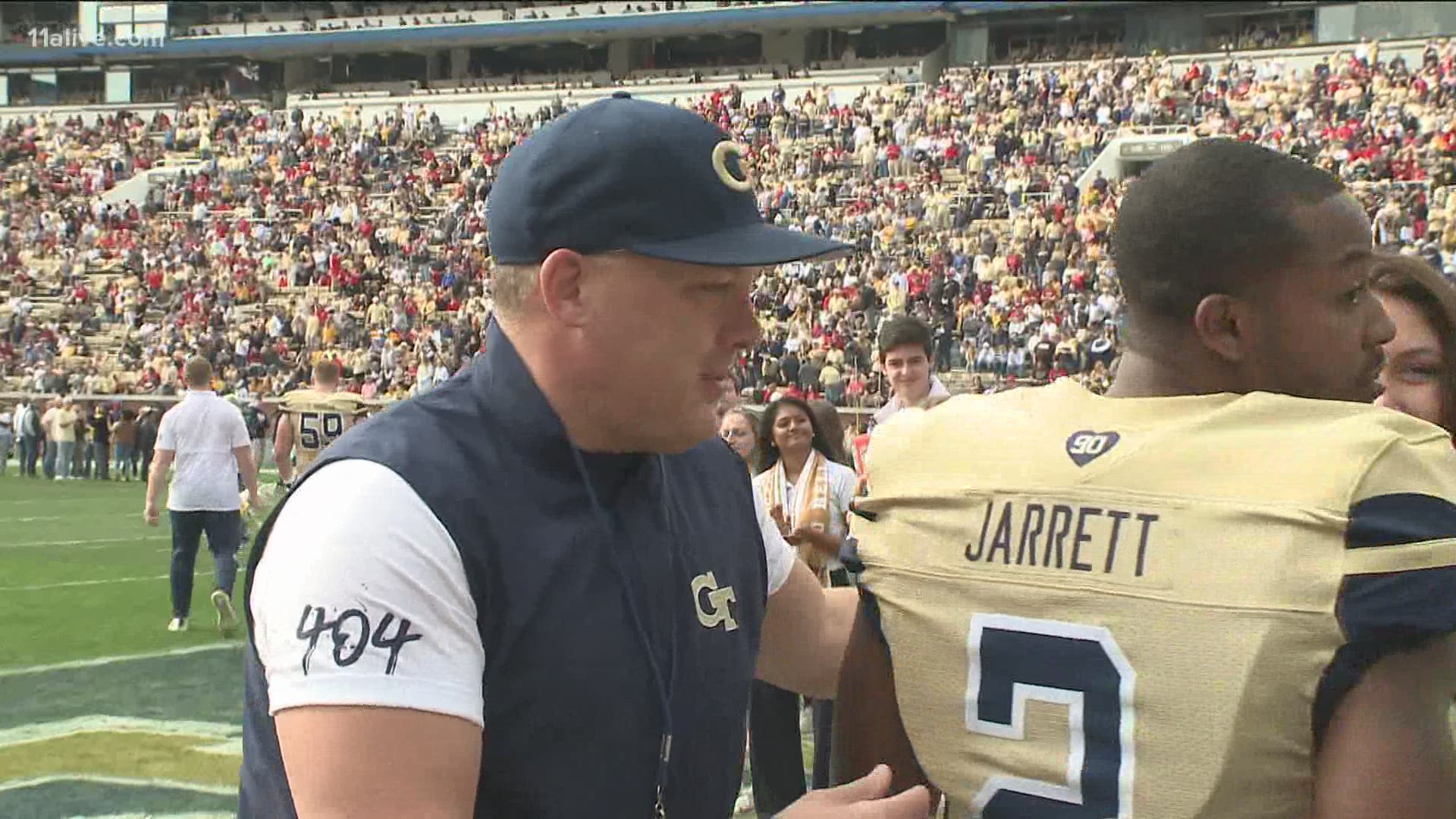 It will be closely-watched by Atlanta's other sports teams, particularly the Falcons and Atlanta United, who have committed to having fans at Mercedes-Benz Stadium through September, but could decide to phase them back if college football games appear to go off well.

Tech has instituted a number of measures to ensure safety for the 11,000 fans the school will allow into Bobby Dodd Stadium for the game, which starts at 3:30 p.m.

RELATED: No tailgating at Georgia Tech's home-opener, UGA football games for season thanks to COVID-19

Some of the most basic ones include a mask requirement, a ban on tailgating on campus, contactless ticketing and concessions and distancing between the seats.

Bobby Dodd Stadium has room for roughly 55,000 people, meaning it will be about 20% full. The school says seating clusters will range from about 2-8 tickets, "with only tickets purchased from one account included in each cluster."

WELCOME BACK to Bobby Dodd 🏈 Ahead of Saturday's @GeorgiaTechFB home opener, there are several new features to enhance...

Tech is also trying out a number of other incentives to encourage people to arrive early and properly distance, including opening gates for early entry and offering discounts on in-stadium concessions until 30 minutes before kickoff.

The concession discounts include $3 fountain beverages, $2 hot dogs, $3 pretzels, $3 nachos and $2 popcorn. Fans can also order concessions on their phone by visiting ramblinwreck.com/order and pick up their food without having to wait in line.

Of the decision to disallow tailgating, Tech's athletics director Todd Stansbury said "we feel that the safest course of action is to invite fans to come straight from their vehicles to Bobby Dodd Stadium, where we can better safeguard the health and safety of our students, staff and visitors through the protocols that we have in place designed to mitigate the risk of the transmission of Covid-19.”