Williams was diagnosed with mantle cell lymphoma but rang the bell announcing his remission last weekend. 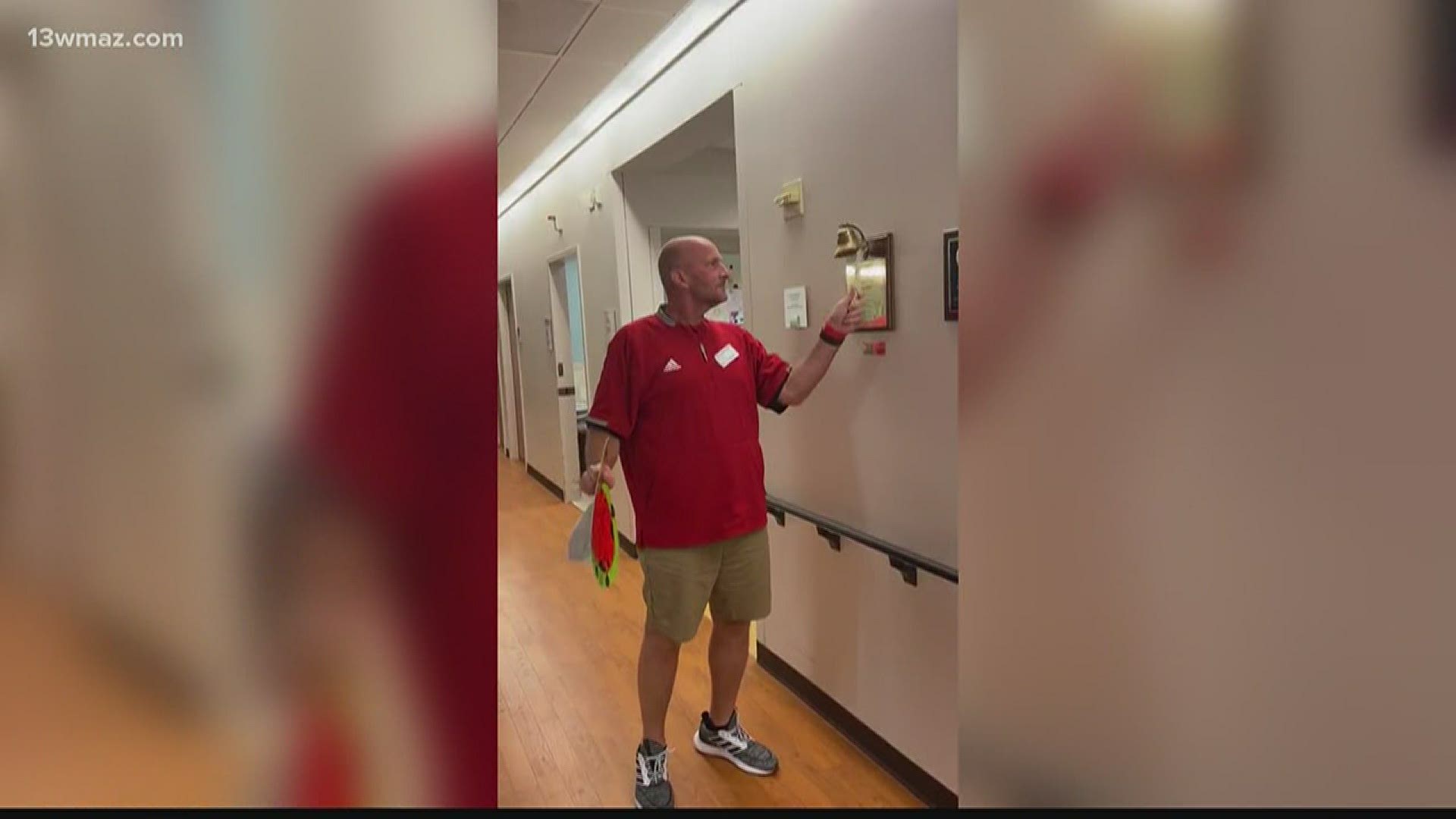 Williams is the leader in all-time wins by a football coach at GMC and added one more W to his total, a win over over mantle cell lymphoma.

On May 22, Williams' son, Parker, posted a video to Twitter of Williams ringing the bell in the Emory Winship Cancer Institute in Atlanta, announcing his cancer was in remission.

"It's very humbling. It's very impacting. We've been on the other end of that, my wife and I, for months, but to be on the receiving end, it's something I'll never forget," Williams said.

In January, Williams announced he was beginning treatment for mantle cell lymphoma, a form of cancer that manifests in the bone marrow. He'd received treatment at Emory and says he couldn't be more thankful to the medical staff there.

"It's a really unique place and it's makes a difficult process, it's easier to deal with and it gives you that support and honestly it's a true team type of feel there," Williams said.

Over the course of five months, Williams fought his cancer.

He said his chemotherapy side effects weren't terrible and he was improving physically, but mentally some days were tougher than others to manage.

"For four months basically it's like, 'Alright, am I making progress?'," Williams said. "I feel like I am, but the proof is in the pudding so to speak."

There is still a ways to go in Williams cancer journey because while he's in remission, mantle cell is incurable.

Williams plans to begin harvesting stem cells for a transplant in July. He says while the disease may not have a cure, he plans to be the first to receive one and plans on coaching the bulldogs to victory this fall.

"Unless I get hit by a truck, I sure plan on being there this fall. I might be a couple weeks late getting to the sidelines this fall based on that stem cell treatment deal, but I'm going to be there is some way shape or form," Williams said.

If the football season begins as planned, the Bulldogs first game is Aug. 29 on the road.