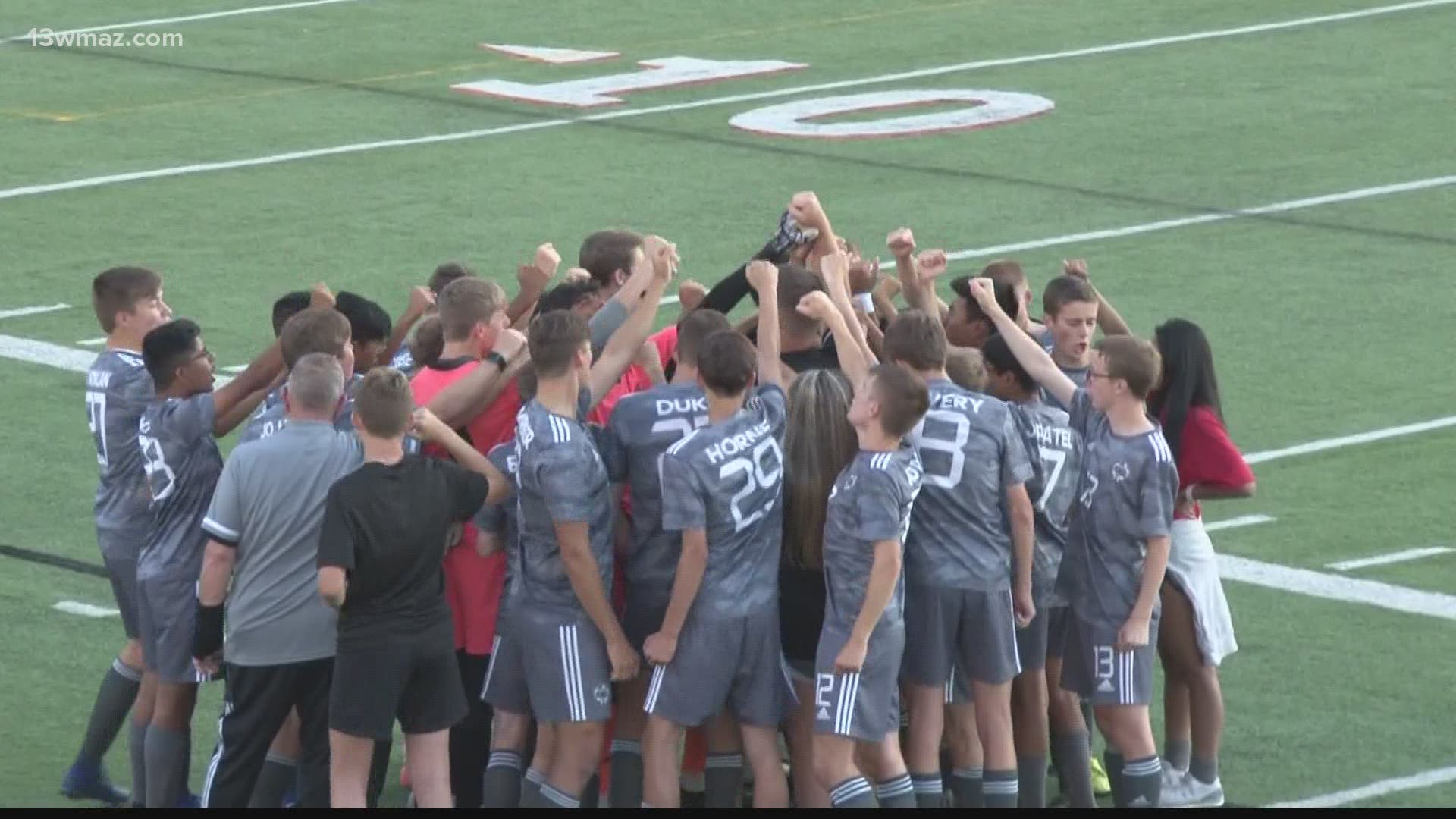 MACON, Ga. — On Friday night a championship was claimed for the second straight year in Macon. The GMC Prep Bulldogs defended their 2019 state championship after COVID-19 cut their 2020 season short.

GMC took down ACE Charter of Macon 2-0 in an overtime thriller.

Senior Krish Patel kept a clean sheet with 10 saves and both overtime goals were scored by Ethan Tolentino who set a school record with 25 goals on the season.

The Bulldogs had been beaten by ACE twice during the regular season, but knew it's tough to beat the same team three times.

GMC badly wanted a chance to defend their championship title.

"We came out tonight knowing that they weren't going to beat us three times this year. We're ecstatic. We worked hard for this. Kids have been out since January and we wanted to defend our state championship we didn't get to defend last year so we're on top of the world right now," said Scott Seagraves, GMC Prep head coach.

The Bulldogs senior class tied a school record for wins with a 56-11 career record.