Their first state championship was in 2008, twelve years later and the team celebrates the big win again. 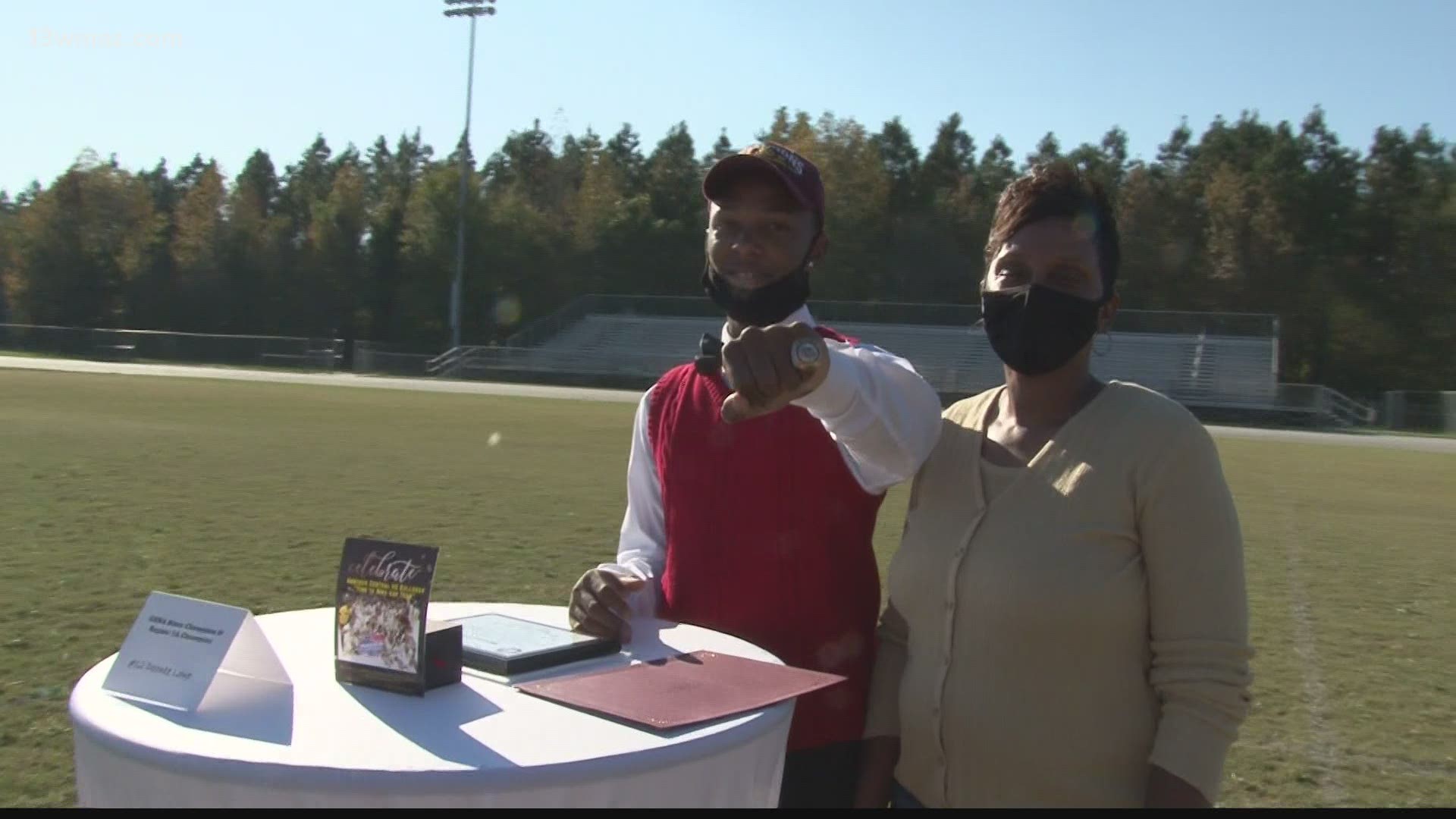 The bulldogs were brought into Elmer J. Warren memorial stadium in style. Sparta police and the Hancock County Sheriff's office led a motorcade into the stadium for a day everyone had been waiting on.

"I tell you what, it's over joyed. When you wait on this, it was worth the wait," Ricky Chatman, Hancock-Central head basketball coach said. "Should've happened back in March and we were sitting and waiting on it, such a good group of kids. It was worth it."

HCHS won the GHSA Class A-Public state championship with a 61-58 win over Treutlen County on March 4. 255 days later, they celebrated that feat.

"It's still unreal for me. I'm just glad I did it with these great group of guys right here," guard Jamal Taylor said.

Surrounded by friends and family and honored by their city and their school district, the team celebrated a great year. They finished with a 28-3 record punctuated by a championship, all-region performers and the Region 7A MVP, Taylor.

"Hancock has always been like this. They have a great supporting cast," Taylor said.

"They've supported us since day one. When we travel, everywhere they go, they're there. I guarantee almost every road game, I guarantee we were their biggest gate because our people travel with us," Chatman said.

To finish off the celebration, players received the ultimate prize, the championship rings. Taylor, now a senior, said the rings serve as the ultimate motivation for 2021.