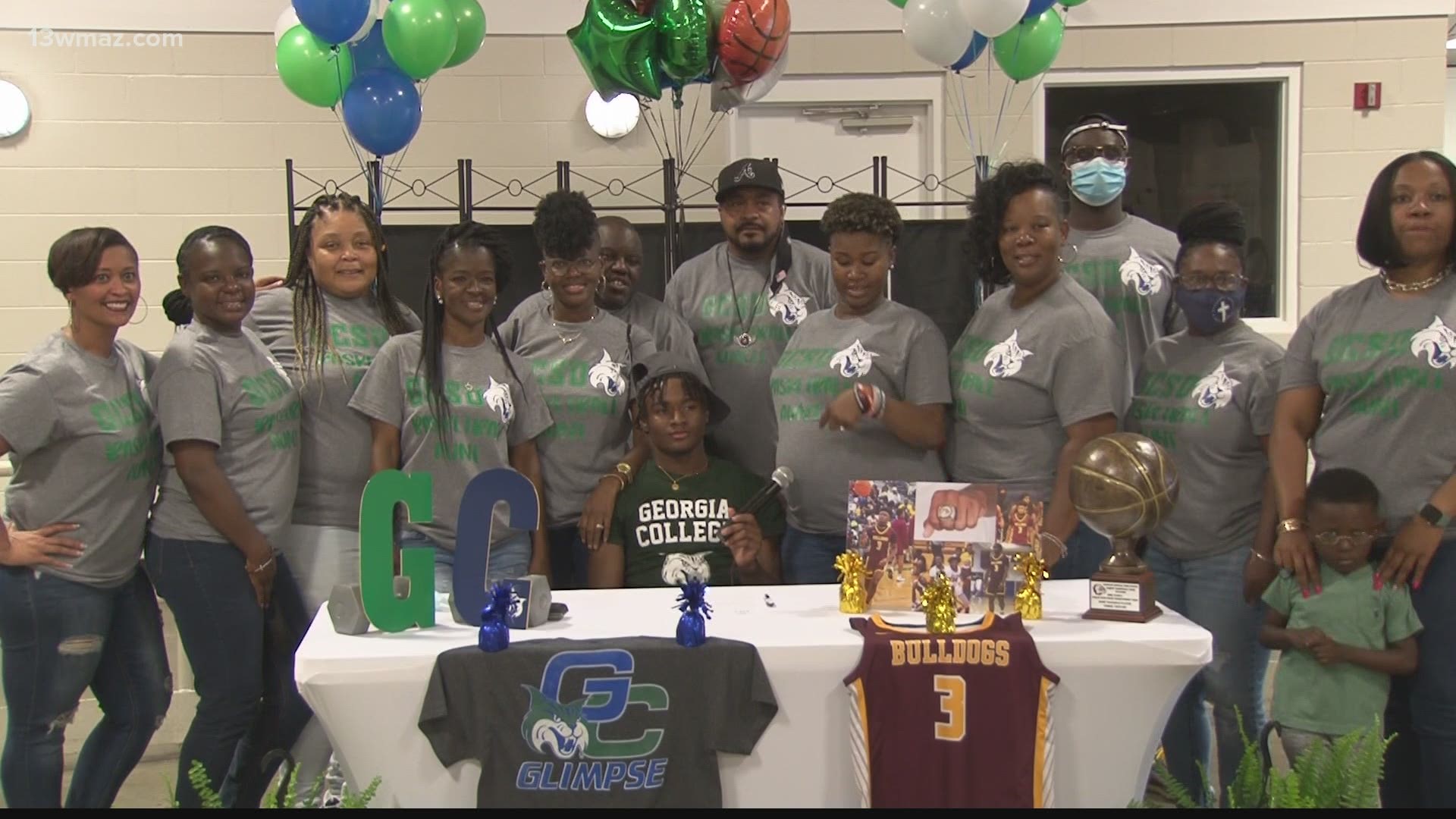 SPARTA, Ga. — GHSA A-Public 2020 basketball champion and MVP Jamal Taylor signed his national letter of intent to play college ball at the next level and he's not headed too far from home.

It's been a long time coming for Hancock Central's favorite son. The 2021 grad will play basketball just up Highway 49 at Georgia College and State University in Milledgeville. It's a moment he's waited for a long time.

"All my life honestly. It's a blessing God gave me to sign. Not many people get to sign so I'm looking forward to it," Taylor said.

The Bulldog of few words, affectionately known as "Peanut" in Sparta, leaves behind an incredible legacy. He dominated his senior year on the football field and the basketball court as A-Public's Region Seven Player of the Year.

Taylor brought a championship home to Sparta in 2020 as a junior, scoring the game winning basket and was named game MVP.

In trying to top that effort, he hit back-to-back game winners to get Hancock-Central to the championship game in 2021, including a half court prayer that found nylon against Dublin.

"Everything started picking up at the end. I just wanted to leave a legacy here and cement my name and I tried and I felt like I did enough," Taylor said.

Now he'll head about 30 minutes away to Milledgeville with an incredible support system expected to be at every game.

"It means a lot to me. Not only my family, but my brothers over here. They're showing support and I feel like I'm loved," Taylor said.

"[Georgia College is] going to get a leader. They're going to get a person who's gonna never give up and they're getting an outstanding student," Chatman said.

Asked about what kind of expectations he has for himself, he said he wants to leave a similar legacy at Georgia College as he did in Sparta.