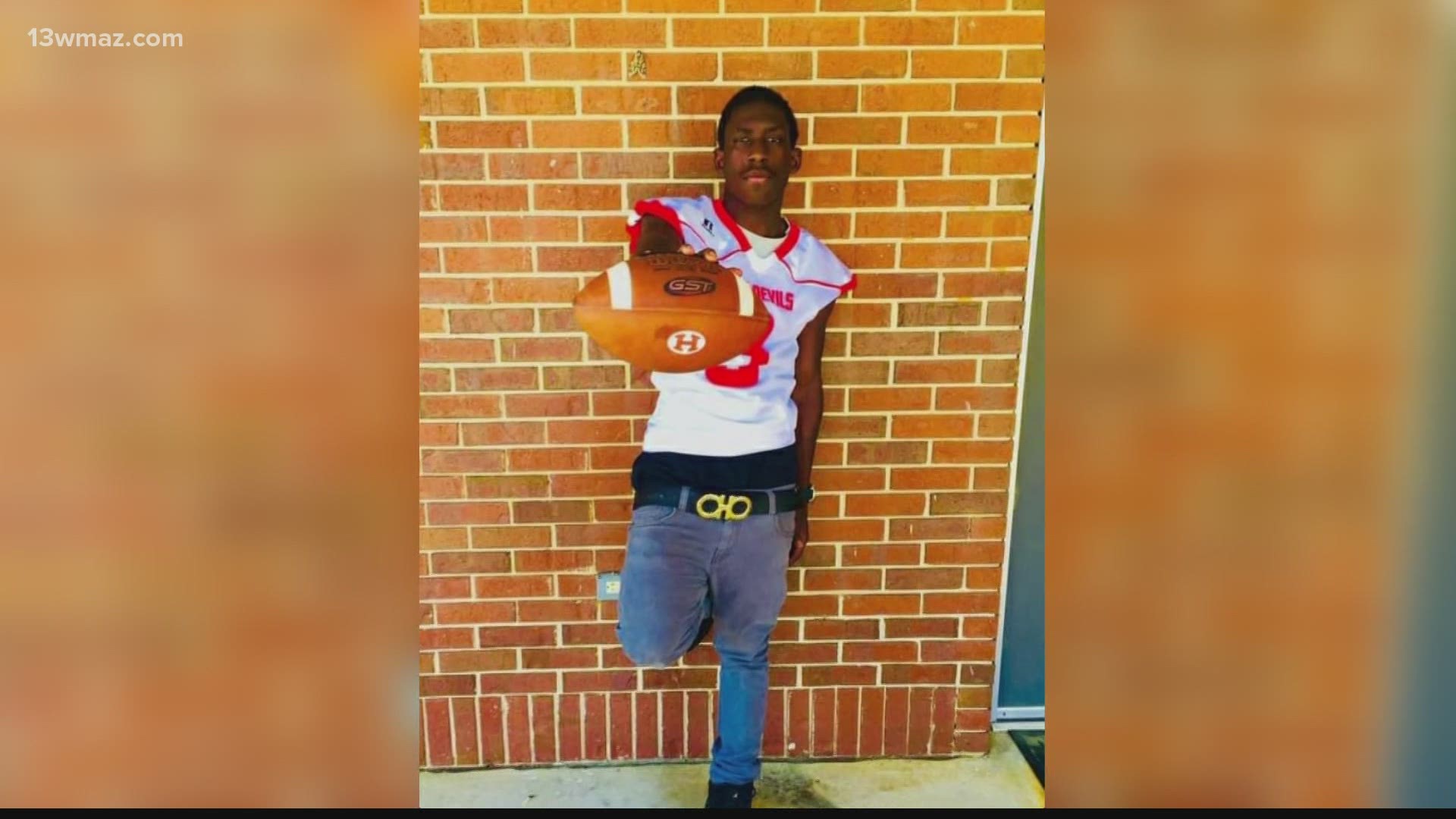 HAWKINSVILLE, Ga. — On December 13, the Hawkinsville High family lost a member of their own. Markell Lawson, a member of the class of 2018, passed away from cancer. Now his family and community are remembering the young man whose smile was as bright as his talent.

"He loved his sports. That's what he lived for sports and he did it all -- football, baseball, track and basketball," said LaShonda Newman, Lawson's mother.

Lawson was known for his talents on the field. Friends and family say the former Hawkinsville High four-sport athlete was always electrifying to watch.

"He actually made it to sectionals as a 400-meter runner one year. He was a good eight to 10 inches shorter than everybody else on the track. He used to give me a hard time about that 400 meter, but I knew when he got out there, he would compete," said Brad Cooley.

Lawson ended his last race on December 13, a short battle with cancer. One his mother said started with a cough and only lasted about three weeks.

"The cancer center in Macon never called me, but one in Warner Robins called me and gave me an appointment for the 15th that we never made it to," Newman said.

Immediately, the Hawkinsville High family began showing love. A day after Lawson's passing, members of the class of 2018 held a fundraiser and collected $1,200 to offer to his family.

"Hawkinsville is a small community, but when it's somebody well-loved and respected. They show you so much support and the support and love, I in a million years, would have never thought," Newman said.

They did one better. On Thursday, the Hawkinsville High family held a candlelight vigil in Lawson's honor.

Remembering one, whose energy could do wonders.

"If you were ever in a room with him, just that smile would light up a room. What more could I say? He was loved and I just want to thank my small town of Hawkinsville for everything," Newman said.