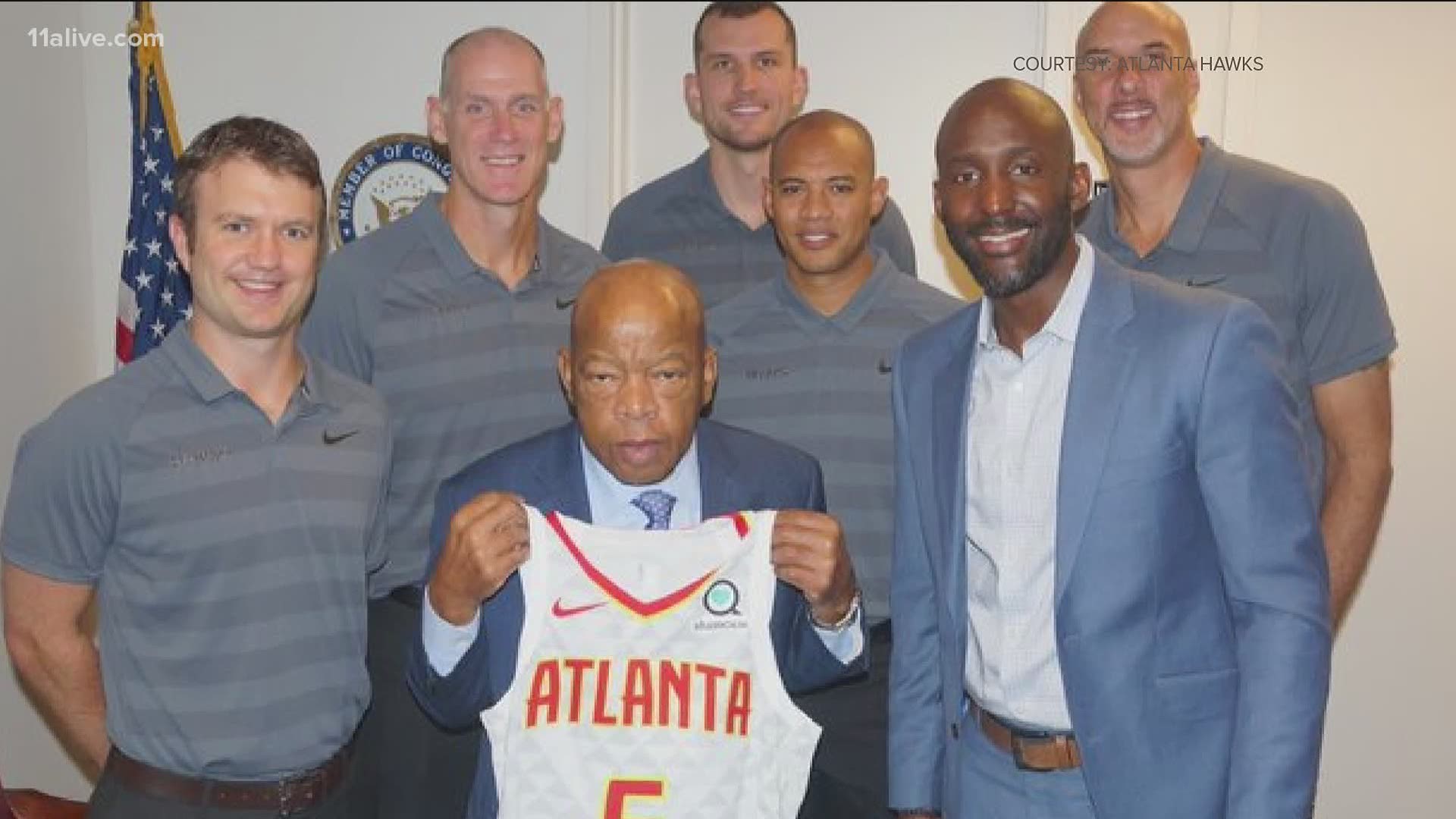 ATLANTA — The Hawks released a set of three new uniforms for the 2020-2021 season on Tuesday, in designs that offer a simple, clean nod to the team's popular 80s jerseys.

The jerseys include both a white and red version, with "Atlanta" across the chest, in red and white lettering respectively, and a third black version with "Hawks" on the front in yellow.

"These core colors have been present throughout the Hawks’ time in Atlanta, having adorned more than five decades of Hawks Basketball including Hawks Legends Lou Hudson, Pete Maravich, Dikembe Mutombo and Dominique Wilkins," a release said.

The new look - a stark departure from the team's more futuristic recent designs, which incorporated neon green into the color scheme - was broadly given a thumbs-up on social media.

I don’t generally get fired up much about uniforms, but appears Hawks nailed this with a clean, bold look. Some of their past uniforms looked busy in a way that isn’t appealing. https://t.co/sCdS5TVgyT

Loving these new Atlanta Hawks uniforms. Though this is somewhat cliche to say, this is a brand refresh that’s great at balancing both modern and classic styles. Gives off Chargers vibes. #TrueToAtlanta pic.twitter.com/VPxPnBbESP

Hawks and State Farm Arena Chief Marketing Officer Melissa Proctor called the new look a "sweet spot of classic and modern for the future of the franchise."

RELATED: Here's a look at the giant voting precinct at State Farm Arena

Team CEO Steve Koonin added "we wanted to usher in a new golden era of Hawks Basketball while embracing the rich history and legacy of basketball in our great city."

While the NBA season is slated to restart at the end of the month, the Hawks are one of the bottom eight teams in the league not participating.