Here's how Champ Bailey's Hall of Fame bust was made

The legendary UGA and NFL cornerback entered the Pro Football Hall of Fame over the weekend. 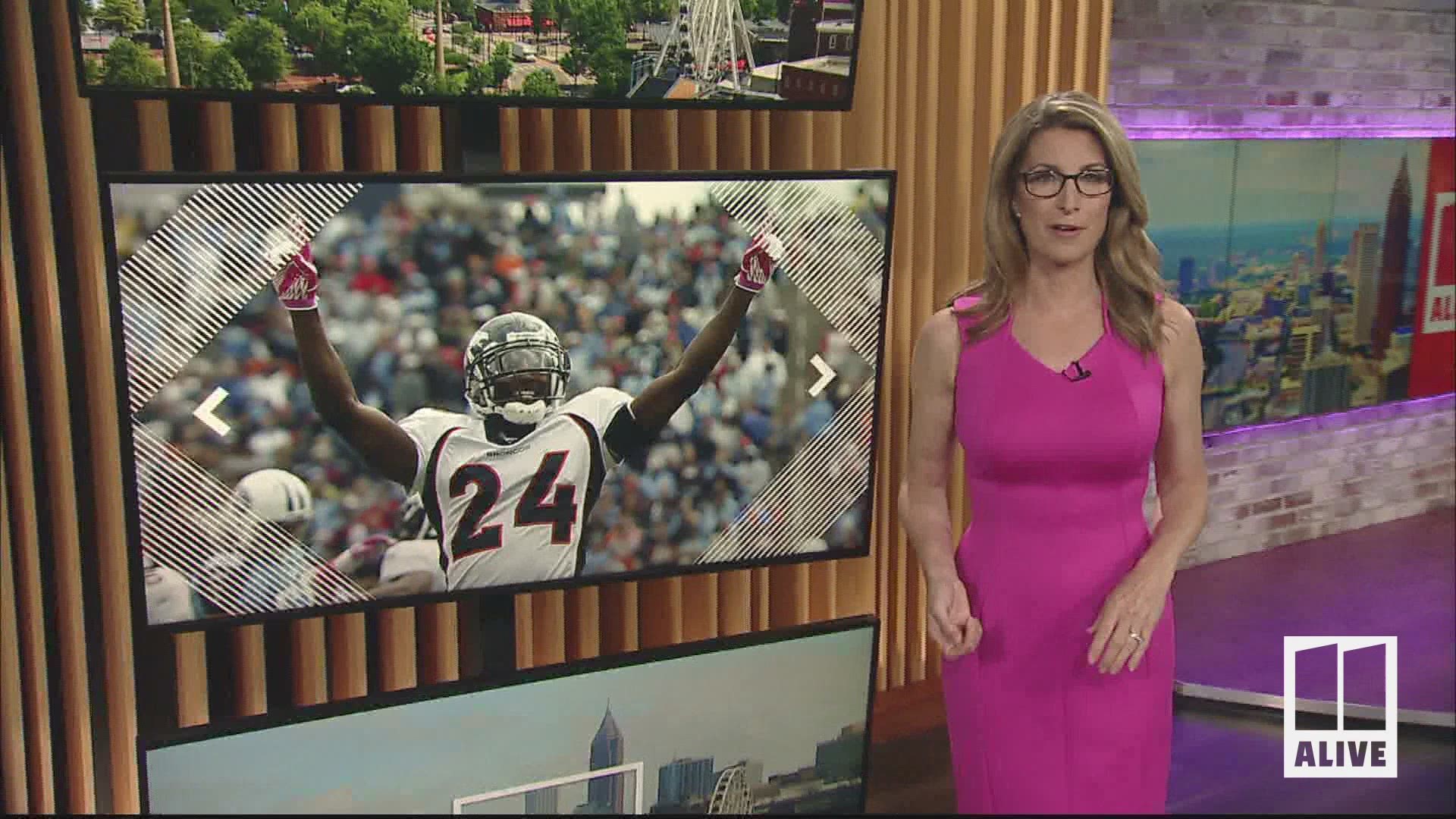 This artist’s job is to bring to life a Hall of Fame career; and immortalize him in bronze.

A sculptor in Pleasant Grove, Utah, Ben Hammond, was tasked with molding a one-of-a-kind bust for UGA great Champ Bailey as he entered the Pro Football Hall of Fame.

In order to produce a likeness, the artists must first get to know their subjects, not just what they look like. That is why Bailey got the invitation to visit Hammond's studio.

No sculpture or experience creating it is the same - they are unique as the subjects who travel to the art studio.

The day before Champ’s arrival, Hammond turned a bag of clay into a rough version of the legendary cornerback.

“We go through about 40 pounds of clay for each Hall of Fame head,” he said.

RELATED: 'This is the toughest speech I've ever written': Champ Bailey, set to join Hall of Fame, reflects on life and football

At first, it's hard to make out how the block of clay will come to look like Champ. But before too long a familiar image begins to appear.

“This is one of those stages where it just looks a little weird," Hammond said. “I see a Champ Bailey emerging out of clay."

Utah mountains greeted Bailey after he traveled from Sandy Springs, Ga. for his sculpting session on a brisk morning in late April.

The first step was to decide on what type of expression would forever be preserved on Champ’s bust, by studying those who came before him. He looked at the other Hall of Fame busts displayed on a shelf.

“Wow, looks like you are good at what you do," he said. “I think the serious face is the way to go for me.”

For the next eight hours, Bailey sat in a hard-backed chair as every inch of his head and neck up were scanned and sculpted under the detail-driven eyes of its creator.

“Do you want to keep the scar on your nose?” Hammond asked as he studied Champ’s face.

Champ laughed and responded, “No.”

“It’s going to be there a long time… make it right," he added.

They talked about the upcoming induction into the Hall.

“This Hall Of Fame stuff comes with a lot of responsibility… you don’t just get your gold jacket,” Champ said.

What seemed like casual conversation turned out to be the foundation of building not only a likeness, but a friendship. 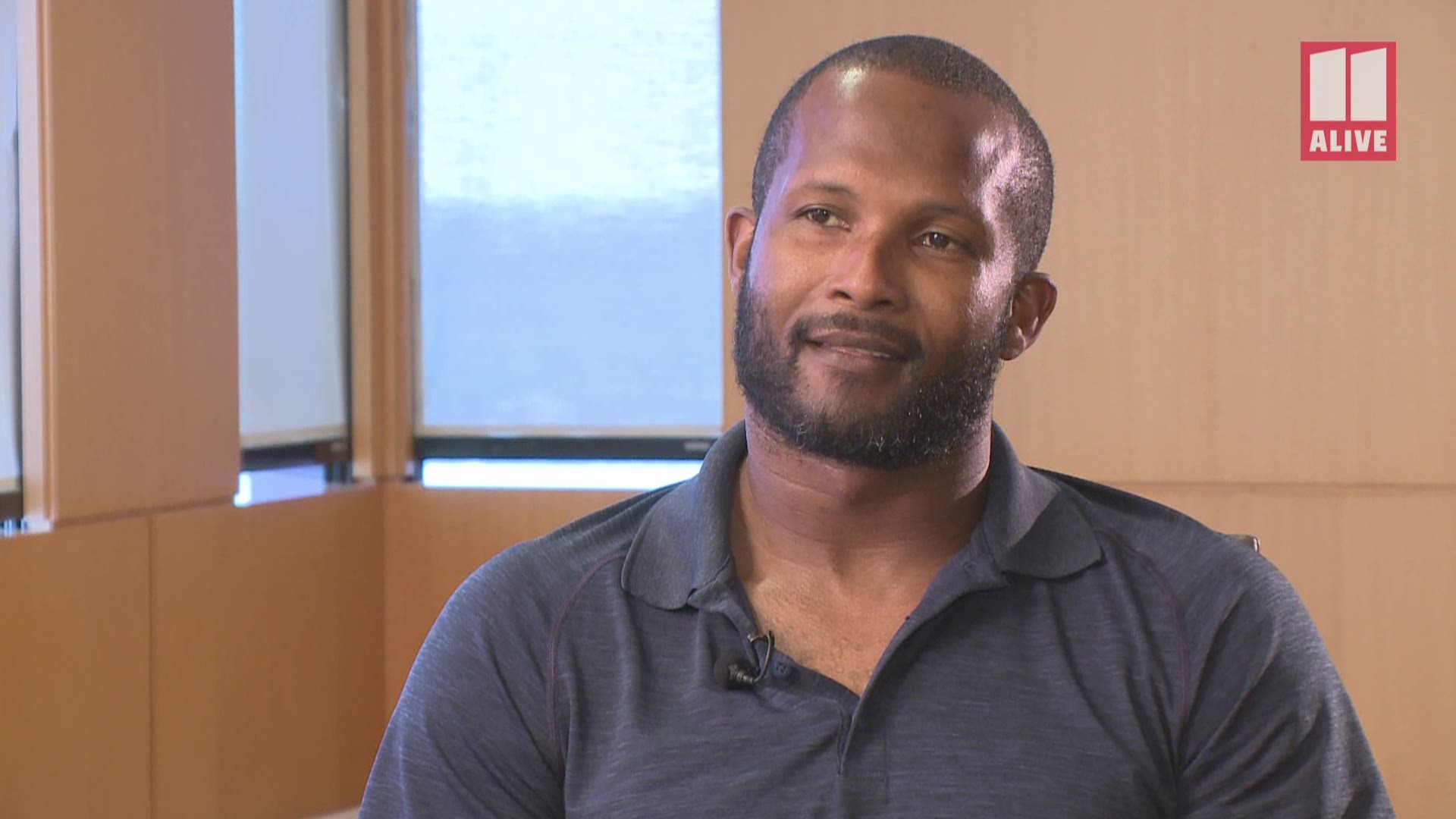 They talked about family, children, and their childhoods.

“When I go back home now it is just the same," Champ said. "The school is the same, the neighborhood and I walk in to church and it is all identical.”

Champ made a video call back home to Georgia, wanting his wife to see the progress inside the art studio 1,800 miles away. He showed her the clay.

“Let me see a closer look at that nose, how does your nose look?” she asked.

They both laughed. It looked great.

There is no tougher critic than the one who knows Champ best.

Hammond explained that over the next few weeks he would send more pictures to the Bailey family so his wife and children could give more input, too.

He wanted it to be perfect.

After a full day in the studio, the first step of the process artists have used for centuries ago was complete.

Some technology the artists use has changed over time, of course. For instance, they can now use scans for measurements. But Hammond said that no technology can do what the artists do.

Next stop for the sculpture: the foundry, to start the long process of bronzing the busts. At the foundry, the clay busts are molded to create a wax copy. The hot red wax is poured into the hollowed-out structure. It is retouched and prepared for the extreme heat.

The waxed busts are sprayed, then dipped in slurry, converting them into a cast that can withstand over 2,200-degree temperatures. The oven melts the wax, creating the hollow shell, to be ready for the pour.

Molten bronze is carefully poured, immortalizing the iconic busts that will live in the Pro Football Hall of Fame. After cooling, imperfections are scraped away, by hand, then prepped for the final step in the journey.

After sandblasting, the busts are ready for the final stage.

Coloring the busts involves heating, layers of stain, and a watchful eye to know when the perfect color is achieved. The whole process takes about two months. And, finally, a sculptor can be satisfied knowing his work will live forever in Canton.

“I get to appreciate it a lot more to actually see him do it first hand,” Bailey said. “To see his talent, my level of appreciation shot through the roof.”