Athlete of the Week: Coleman Willis

The senior baseball pitcher has a 3.8 GPA and will play for the Georgia Bulldogs next year 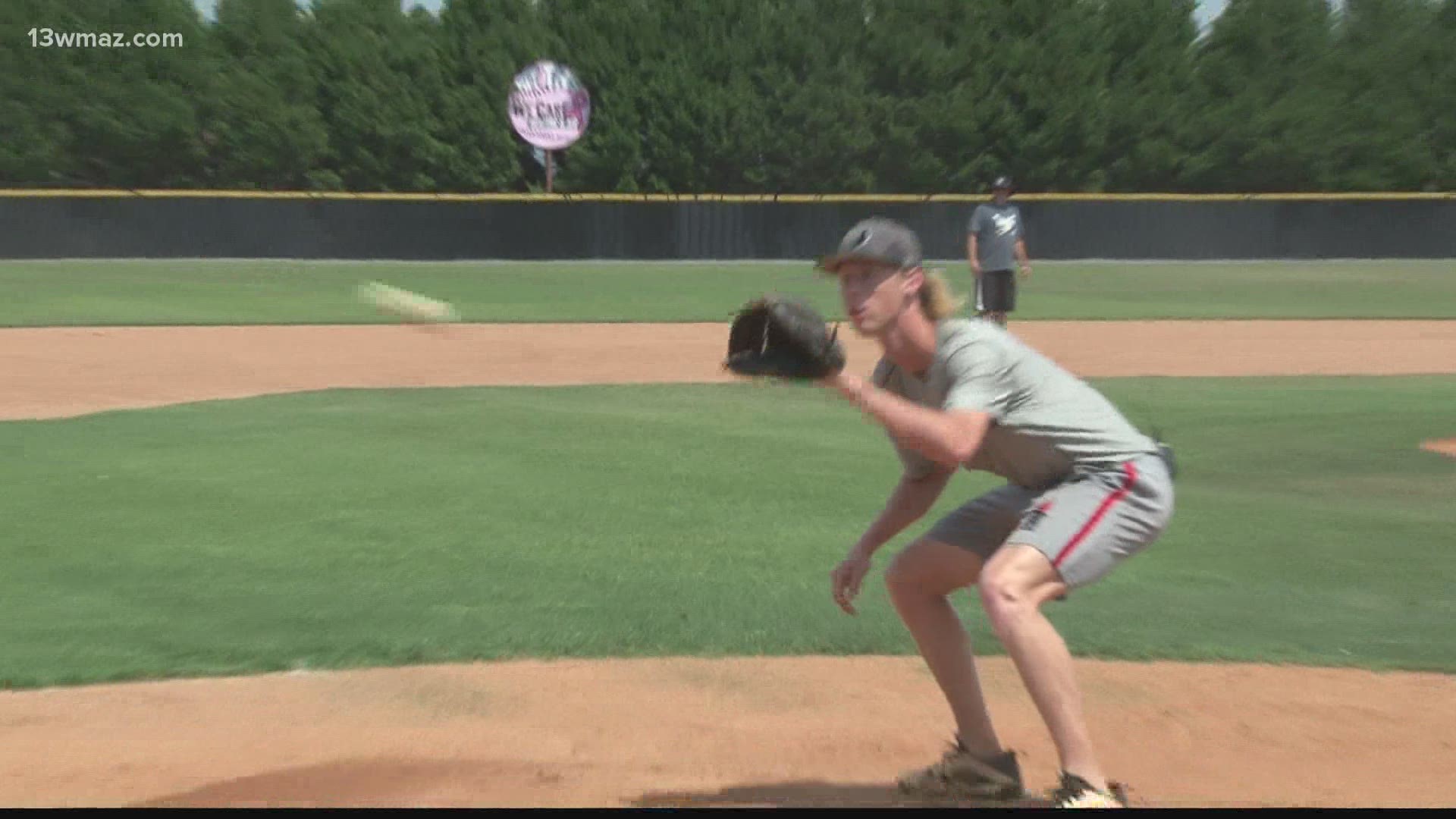 WARNER ROBINS, Ga. — The Houston County Bears won a state championship this week, and one man who led the way was senior pitcher Coleman Willis.

The 6'7" pitcher is an ace on the mound and an "A" student in the classroom.

When his arm has felt good, it's led to wins for Houston County baseball.

"We knew Coleman was going to be special when he was younger and there were things he had to grow out of, but talent was not one of them. He's always had the ability," said head baseball coach Matt Hopkins.

The senior pitcher has a rocket arm and a bat that's led HoCo to the state championship series in Truist Park.

"Ever since I watched baseball, I've always loved the Braves. I've always wanted to play in Braves stadium so this will be a cool moment for me," Willis said.

When Willis looks back on the past four years, he'll remember exponential growth.

"As a person and as an athlete. I've made a bunch of leaps and bounds as far as my performance and my academics and really everything," he said.

He'll also remember the strong community he was a part of.

"It's really special. A lot of good guys have come through this family as far as the baseball team, and you've got a lot of good coaches that really just help you in any way possible," Willis said.

Coaches like Hopkins, who've watched Willis lead on both sides of the ball.

"Coleman's 9-2, I think, with a 1.4 [ERA] and batting in the middle of our lineup. You can't measure what he's meant on both sides of the baseball. Both offensively and defensively," Hopkins said.

He makes that same effort in the classroom with a 3.8 GPA.

"Academics is a real big part of anything that you do and it's really gonna help you later on in life," Willis said.

Willis will take his talents to Athens next year and join his former teammate Jaden Woods, pitching for the Georgia Bulldogs.