Athlete of the Week: Demarcious Robinson 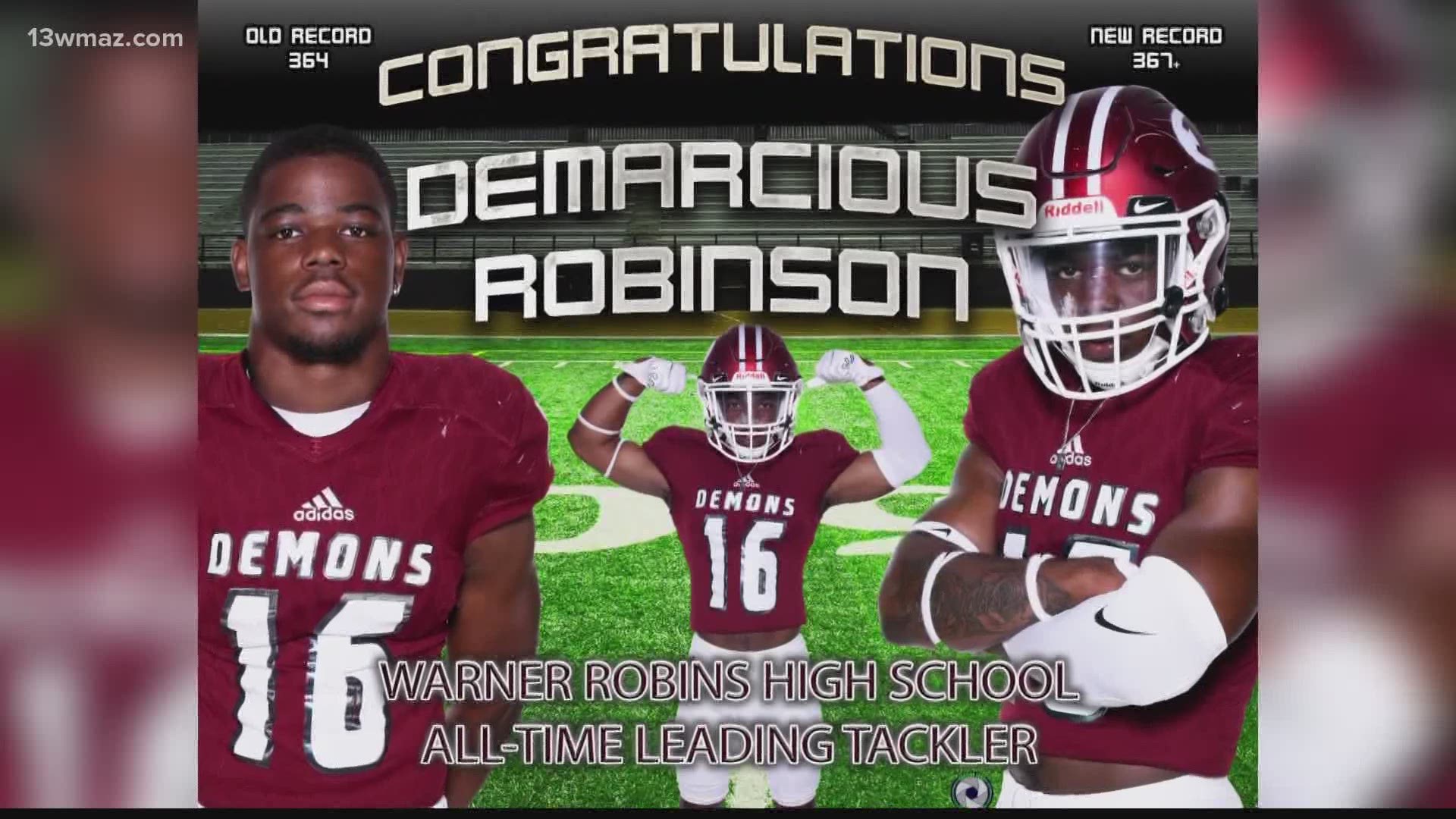 WARNER ROBINS, Ga. — For the last three seasons Demarcious Robinson has been the epitome of a Screamin Demon on defensive side of the football.

"Best player on the field…ball hog. Ball hog mentality," Robinson said of his on the field attitude. "Got to be in on the play every time."

Robinson has been in on so many plays that he's now the all-time record holder for tackles at Warner Robins High, 367 tackles and counting.

"It's a big accomplishment. That's a personal goal I've been trying to beat my whole career, but it doesn't mean anything until I get a ring," Robinson said.

He's had his eye on the record for a few years, but this season was when he knew he could grab it.

"At the beginning of this season I started looking at it more and realized I could beat it. It made me work harder," Robinson said.

That mentality is why head coach Marquis Westbrook says Robinson is such a good leader on and off the field.

On top of an already stellar football resume, he can add Army-West Point commit. He'll be headed to West Point, New York to play for the Black Knights next season.

"For them to come and recruit him. They just don't recruit anybody. The character that he has and the work ethic that he has. That's something that they cherish at West Point," Westbrook said.

In the meantime, he'll do his best to bring another championship to Demon Country.

"It means everything to me. I mean, this is my school," Robinson said.

Robinson still has several weeks to add to his tackle total, but the Demons will have the week off to nurse some bumps and bruises in their bye week.