Athlete of the Week: Devin Butts

Congratulations to this week's Athlete of the Week, Devin Butts, a standout guard for the Stratford Eagles. 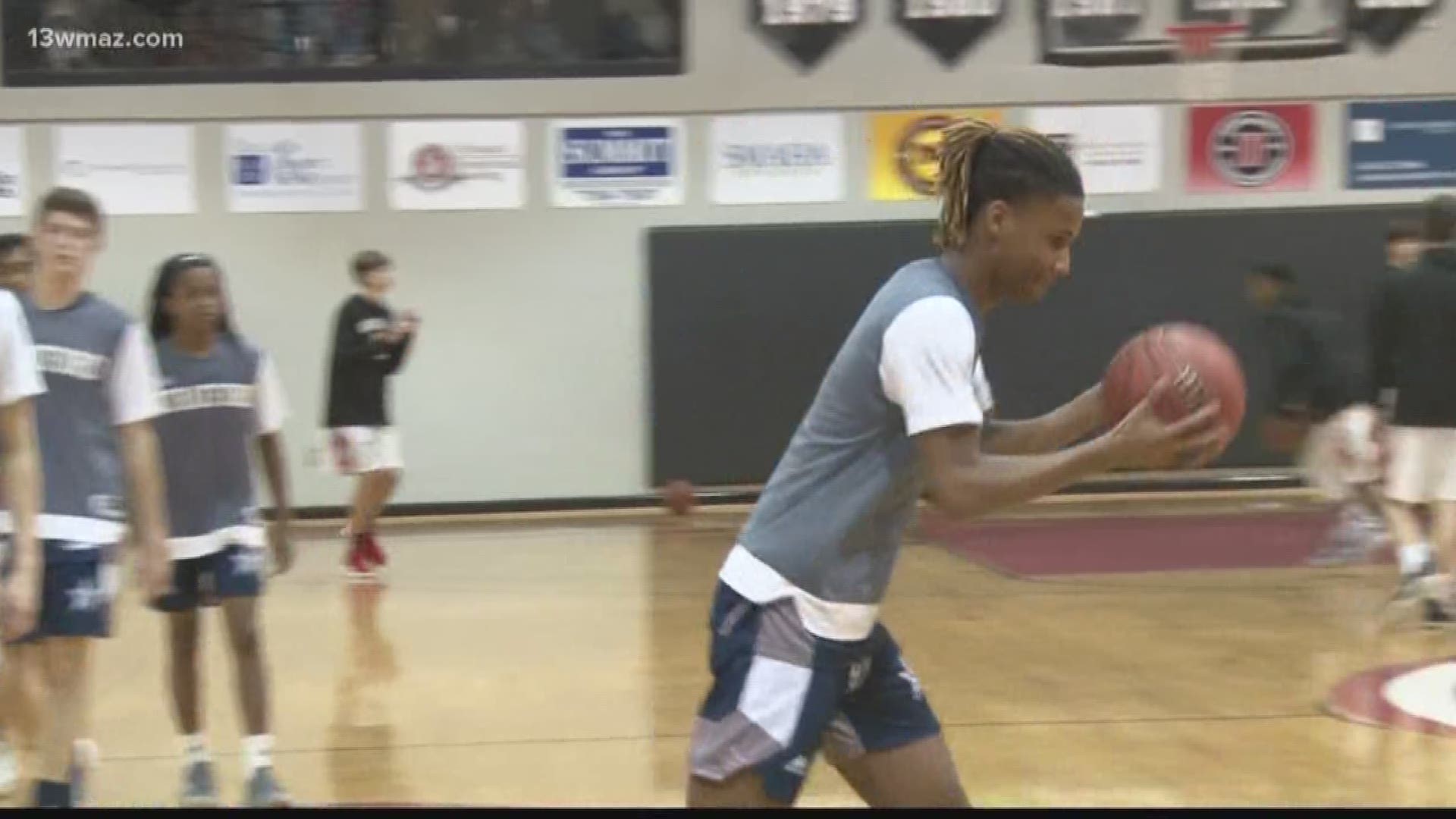 Devin Butts is a standout guard for the Stratford Eagles, averaging 28 points per game, already a member of the 1,000-point club as well, while leading the team on and off the floor.

Stratford Coach Sean Sweeney says, "Having a guy like Devin, who is a Mississippi State signee, we've gotten everybody's best punch. They are foaming at the mouth to play him because he's the best player in Central Georgia and arguably the best in the state."

As coach mentioned, Butts will play his college basketball in Starkville as a Bulldog in the SEC. After his journey through Stratford, he was the team's sixth man as a freshman before starting the past three years, so according to Coach Sweeney, he appears to be more than ready.

"He's continually gotten better. When we open the gym at 6 a.m., he's there. There's no shortcut for success -- you have to put in the work, and he doesn't have many distractions in his life. He plays basketball," said Sweeney.

"Yeah, it just keeps me out of trouble. Whenever I get bored, I can go to the gym and put in some work," Devin said.

And when it comes to talking the talk or walking the walk, Devin says he prefers to do both to encourage his teammates.

But test scores and GPA are also important to Devin, something he says paves the way for his success. "Oh, very important. That's the number one thing my parents stressed to me -- if I don't have good grades, I don't have anything, so number one on my list."

Devin is also currently a nominee for McDonald's All-American status. He will find out if he made it or not on Saturday. Meanwhile, the Eagles travel to Twiggs County to play the Cobras Friday night.