Karsen Ochs has a 4.0 GPA, led FPD to the playoffs, but more importantly has used her talent and her faith to reach out into the community providing nearly 100,000 meals to the less fortunate in Macon. She is our Athlete of the Week. 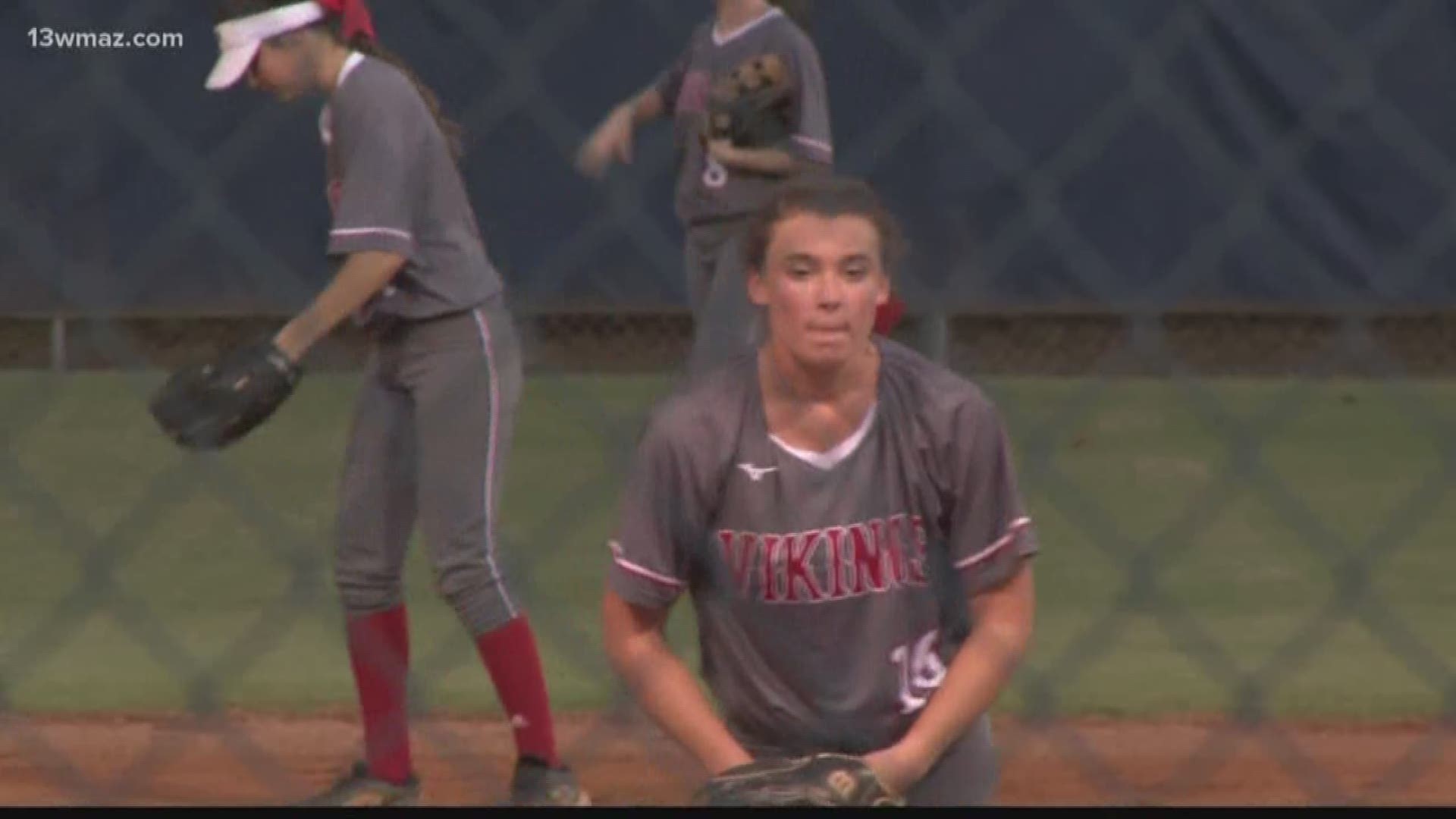 Karsen Ochs is a once in a generation type player.

“Karsen is one of the hardest working athletes that I have ever had in 17 years of coaching,” FPD softball coach Denny Bryant said.

And you can see that every single time Ochs steps foot on a softball diamond. The FPD Senior dominates in the circle, she struck out 246 batters this year alone.

“My best pitch is strike 3, but I love throwing my rise ball and my curveball those are my strikeout pitches,” Ochs said.

But she can also do some damage in the box.

“You know at the plate she has been one of the top hitters. (She's) broke all, I think, just about every offensive record here at FPD offensively also,” Bryant said.

And she enjoys stepping up to the plate just as much as she loves throwing strikes across it.

“I love hitting it over the fence obviously but I just love being the person you can count on and the person you want up in any situation,” Ochs said.

The Vikings relied on Karsen’s talent over the years, especially in 2016, when as a sophomore, she helped FPD claim a state title. But it’s not just her raw talent that has made her the FPD ace, it’s how she has led the team off the field with a 4.0 GPA.

But maybe the most impressive numbers are the ones she's posting beyond the gates of FPD. Since Karsen was a freshman she has been giving back to the community with her Strike out For Hunger campaign. With every strikeout she earns, people can donate to the Middle Georgia Community Food Bank, where one dollar equals 5 meals.

“I’ve decided to help the people here in Macon by using my gifts the Lord has blessed me with and just trying to bless others with it,” Ochs said.

She has come a long way since her freshman season where she raised $1,800 on 52 strikeouts. Now, three years later she has racked up a total of 627 strikeouts, and has raised close to $23,000.

I"It's easy for a coach to be able to point to a Karsen Ochs to use her as an example of what it means to be a well-rounded student-athlete, but also a well-rounded Christian who wants to get out in the community and help everybody else,” Bryant said.

When Karsen graduates in the spring, she wont just be remembered for her arm, her legacy has also been defined from her heart.

Ochs is verbally committed to play softball at the University of South Carolina and plans to study public relations and minor in psychology.