Athlete of the Week: HB Morgan

HB Morgan is an explosive point guard at Houston County High School, a 2-time all region selection under the direction of head Coach Don Hudson. 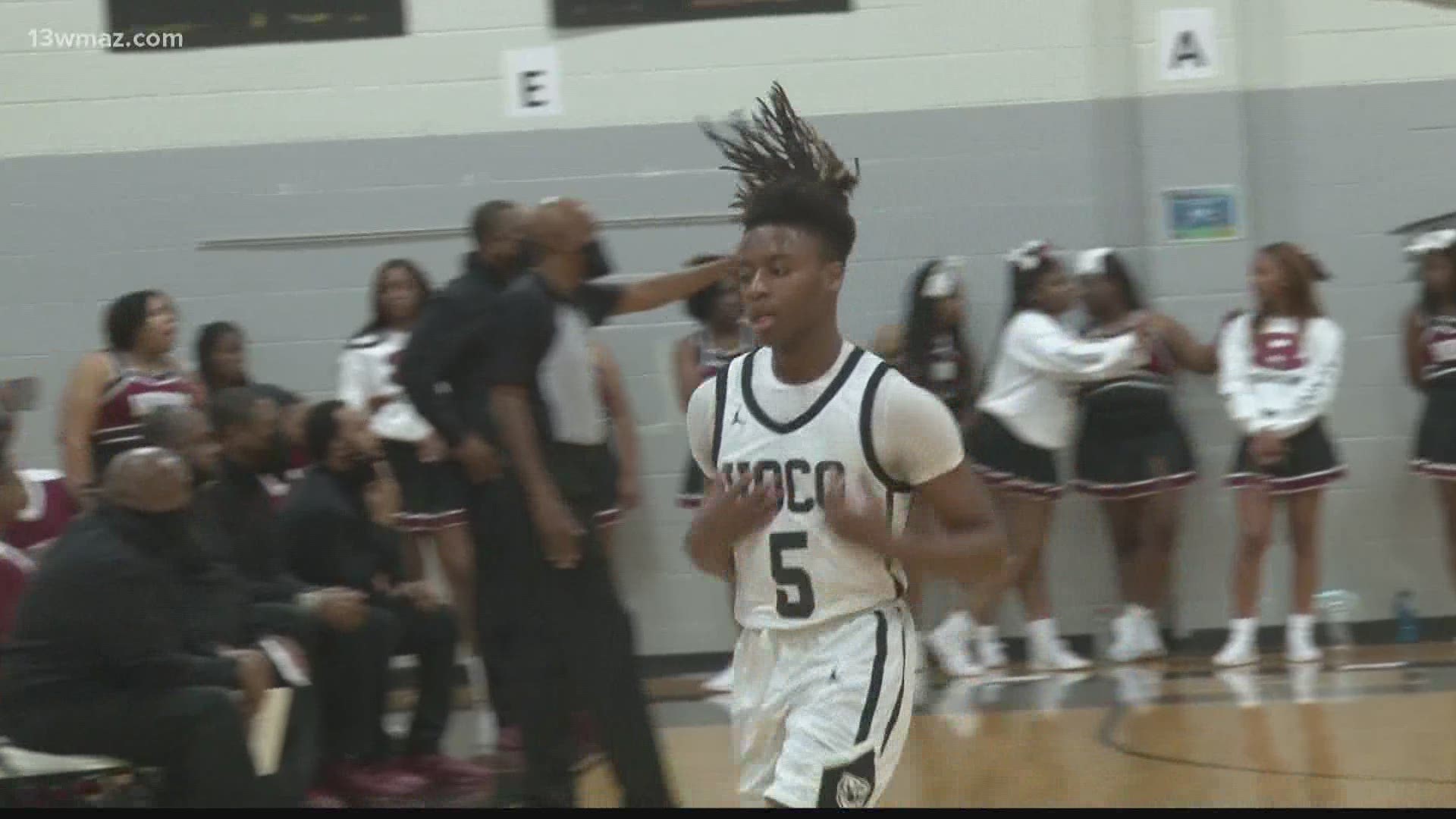 HOUSTON COUNTY, Ga. — HB Morgan is an explosive point guard at Houston County high school, a two-time all-region selection under the direction of head Coach Don Hudson. To him, he's so much more.

"I'm proud of him like he's my son. He adds so many elements of being a man. His character and demeanor, friendships, and leaderships and his competitiveness when he gets on the floor. All that stuff is huge, and to be around a kid who has all that for 6 years makes a huge difference in who you are -- makes you have to step your game up to match what he brings. He's an immaculate young man and I'm so proud of him," Hudson said.

When it's "go" time, the senior floor general averages nearly 13 points, 6 assists, and 4 rebounds per contest leading the Bears into battle by example.

Morgan says, "I guess I always played the game where I was the youngest on the team so I was never really the vocal one, so now being the oldest, it never left me -- I just lead by example."

During the challenges of the COVID-19 pandemic, HB says family has been his strength. He regards his father as the one who introduced him to the game, his mother as his biggest fan, and his older brother and former HoCo teammate, TJ, as his motivator and accountability partner.

"During quarantine, it gave me time to work on myself to perfect my craft and build chemistry with my teammates," Morgan said.

In the classroom, HB scores a 3.7 GPA and he has goals to continue his student athlete status at the next level, and his coach feels the sky is the limit.

Hudson said, "Absolute genuine guy, and that starts at home with Pastor Morgan and Mrs. Laneen --they make sure they're doing their thing. You have TJ that was the same way and he looks up to his big brother. His brother was a 4.0-type of guy and he said he had to follow his lead. He's doing it the right way, very good student, made all A's this semester, and he's going to continue to get those. It's just his character and makeup."

Either with the rock in his hand or his nose deep in a book, Harold Benjamin Morgan is worthy of our Athlete of the Week.