Athlete of the Week: James Rehberg

Rehberg holds a 4.0 and built benches for his FPD's tennis courts 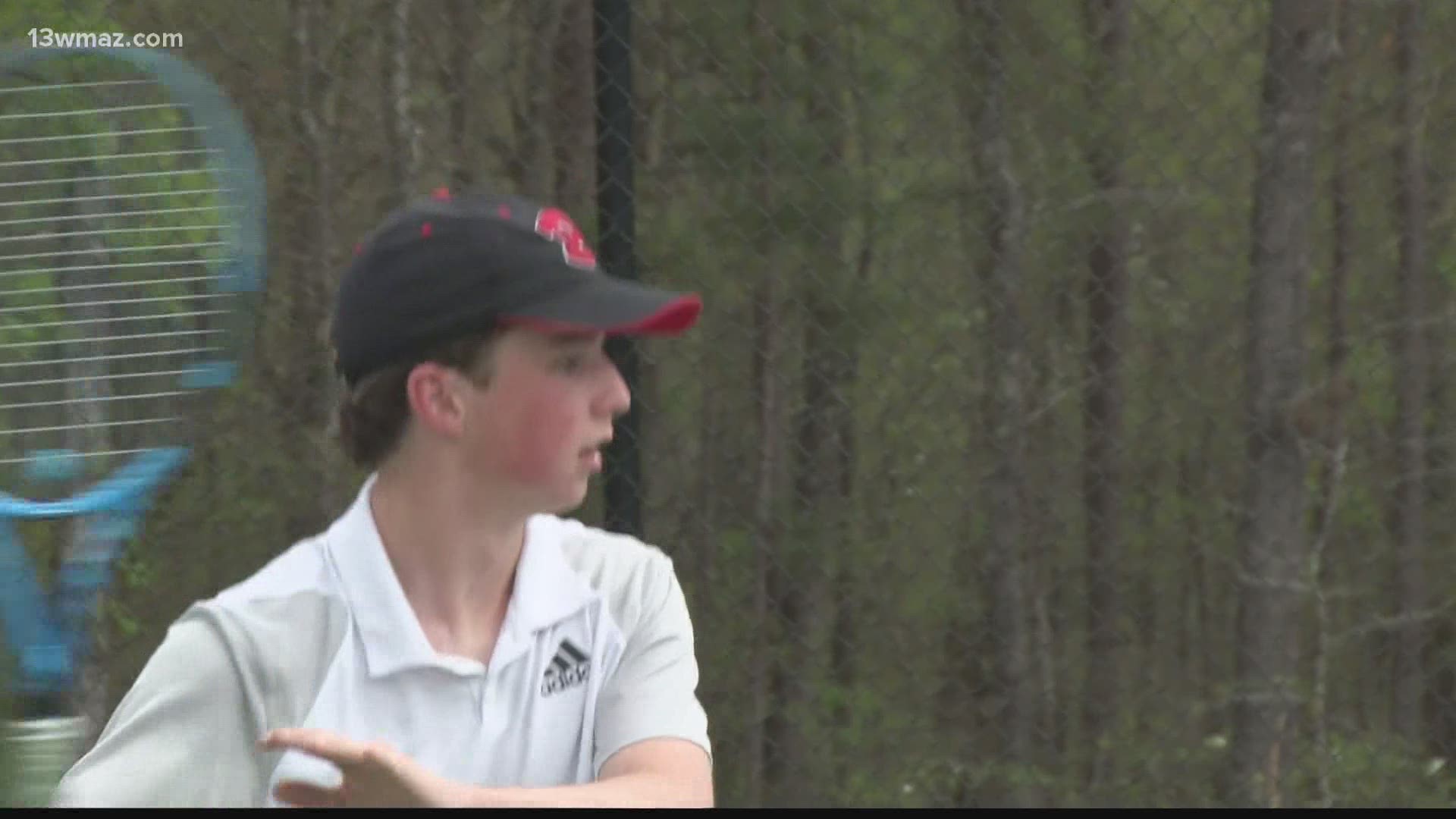 MACON, Ga. — The 13WMAZ Athlete of the Week hails from First Presbyterian Day School. Senior James Rehberg has helped the Vikings tennis team in more ways than one.

Rehberg will tell you it's not easy playing tennis at a private high school. The Single-A Private classification is one of the most competitive classes in the state.

"It's been kind of tough as a lower classmen because there's so many great players but you learn a lot from them and now I'm there so it feels great," Rehberg said.

He began playing in sixth grade at FPD. It was slow rolling at first and he had to earn playing time, but Coach Derek Lashley said the humble beginnings created a fantastic work ethic in Rehberg.

That applies off the court as well. Rehberg is a small group leader at his churc and also an Eagle Scout. If you look around FPD's tennis courts, you'll notice some craftsmanship of Rehberg's.

"I came out here over the summer after the courts were built and I saw they only had one bench per court which would sometimes need to be used by four people which doesn't work because they're two person benches. I saw a need and I fixed a need." Rehberg said.

With a few buddies, Rehberg built 16 benches for the tennis courts. Now people can sit and watch while he holds serve.

"Tennis doesn't have the budget that most of the revenue sports do and we need all the help we can get and things like that. That kid just stepped up and built those things for us, which was humongous," Lashley said.

Because leading his younger peers can take many forms.

"I was one of them at one point and it feels great to know that I'm the guy they look up to now," Rehberg said.

Rehberg has only lost one match this season. He's also a fantastic student, holding a 4.0 GPA. He will attend Georgia Tech next fall.