Athlete of the Week: Jermyus Simmons 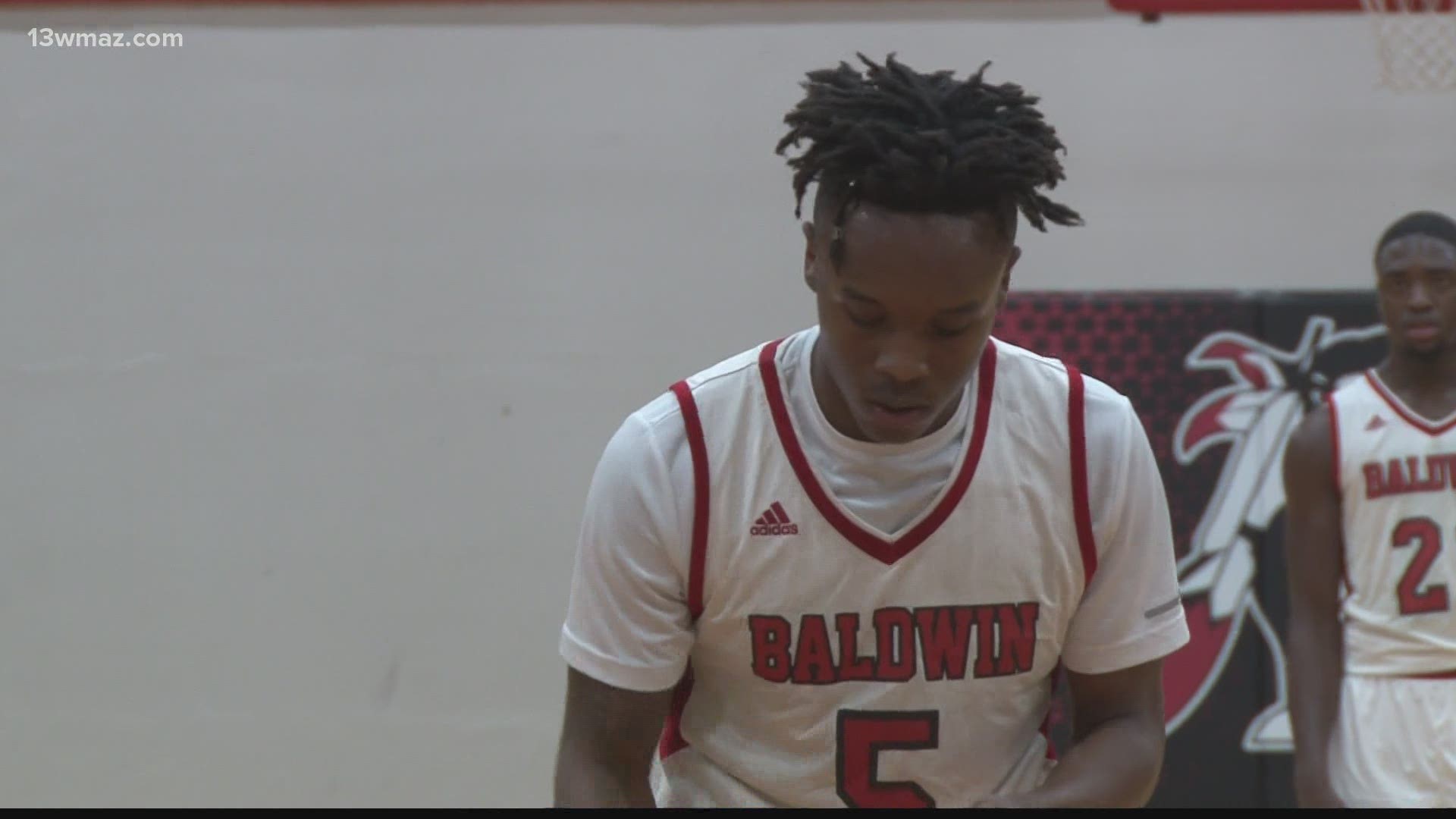 MILLEDGEVILLE, Ga. — Fresh off a season where the Braves went 14-10, Jermyus Simmons wanted to improve on two things his senior year.

"Leadership. I mean last year we was a young team so we really didn't have any leadership last year, so really leadership and defense really," Simmons said.

That mission is accomplished. Simmons and the Braves are an undefeated 11-0 and coach Anthony Webb said Simmons is a big reason why.

"By his actions on the floor. He's been scoring, playing relatively good defense, and like I said, the young guys are taking heed to that. Once they see him doing that, they follow behind," Webb said.

The senior is averaging 11 points, two assists and two steals. With a shortened season and a COVID-19 suspension always looming, Simmons takes nothing for granted on the floor.

"[I'm] just taking it more seriously. COVID messed a lot of stuff up. You don't know when it's your last day playing, so you've just got to bust your butt with everything you do," Simmons said.

Simmons' approach in the classroom is the same. He rocks a 3.0 GPA. On the floor, the Braves have been clicking on all cylinders, beating teams by an average of 27 points per game.

"If one person is having an off game, someone else is having a good game and that's a good thing about this team," Simmons said. "We all grew up together. We're all tight."

"I think now we see what it takes to win," said Webb. "The guys have been stepping up and practicing hard and it's been showing on the court."

Simmons and the Braves will be back on the floor, Monday taking on the Perry Panthers in Perry.